The most recent ice age peaked between 24,000 and 21,000 years ago, when vast ice sheets covered North America and northern Europe, and mountain ranges like Africa’s Mt. Kilimanjaro and South America’s Andes were encased in glaciers.

At that point our Homo sapien ancestors had migrated from the warm African heartland into northern European and Eurasian latitudes severely impacted by the sinking temperatures. Armed with big, creative brains and sophisticated tools, though, these early modern humans—nearly identical to ourselves physically—not only survived, but thrived in their harsh surroundings.

For our Homo sapien forebears living during the last ice age, there were several critical advantages to having a large brain, explains Brian Fagan, an emeritus professor of anthropology at the University of California, Santa Barbara, and author of many books, including Cro Magnon: How the Ice Age Gave Birth to the First Modern Humans and Climate Chaos: Lessons on Survival from our Ancestors.

“One of the most important things about Homo sapiens is that we had fluent speech,” says Fagan, “plus the ability to conceptualize and plan ahead.”

With the advent of language, knowledge about the natural world and new technologies could be shared between neighboring bands of humans, and also passed down from generation to generation via storytellers.

“They had institutional memory through symbolic storytelling, which gave them a relationship with the forces of the environment, the supernatural forces which governed their world.”

Also through music, dance and art, our ancestors collected and transmitted vast amounts of information about the seasons, edible plants, animal migrations, weather patterns and more. The elaborate cave paintings at sites like Lascaux and Chauvet in France display the intimate understanding that late ice age humans possessed about the natural world, especially the prey animals they depended on for survival.

“When wildlife biologists look at those paintings of reindeer and bison, they can tell you what time of year it was painted just from the appearance of the animals’ hides and skins,” says Fagan. “The way these people knew their environment was absolutely incredible by our standards.”

The last ice age corresponds with the Upper Paleolithic period (40,000 to 10,000 years ago), in which humans made great leaps forward in toolmaking and weaponry, including the first tools used exclusively for making other tools.

One of the most important of these was called a burin, a humble-looking rock chisel that was used to cut grooves and notches into bone and antler, lightweight material that was also hard and durable. The intricate spearheads and harpoon tips made from that bone and antler were small and light enough to be carried on foot by hunters over long distances, and were also detachable and interchangeable, creating the first compound tools.

“Think of the Swiss army knife—it’s the same thing,” says Fagan. “The weaponry they made covered an extraordinary range of specialized tools, most of which were made from grooving antler and bone.”

But even these sophisticated hunting weapons were useless outside of close-range attacks, which sometimes required the hunter to leap on the back of his massive prey. Once again, our human ancestors used their intelligence and planning skills to take some of the danger and guesswork out of hunting.

In one famed hunting ground in eastern France, ice age hunters built fires every fall and spring to corral migrating herds of wild horses and reindeer into a narrow valley marked by a limestone tower known as the Roche de Salutré.

Once in the corral, the animals could safely and easily be killed at close quarters, harvesting an abundance of meat that was then dried for the summer and winter months. Archeological evidence shows that this well-coordinated slaughter went on for tens of thousands of years.

When the first humans migrated to northern climates about 45,000 years ago, they devised rudimentary clothing to protect themselves from the cold. They draped themselves with loose-fitting hides that doubled as sleeping bags, baby carriers and hand protection for chiseling stone.

But everything changed around 30,000 years ago with what Fagan argues is the most important invention in human history: the needle.

“If you saw a needle from 20,000 or 30,000 years ago, you’d know what it was in an instant, a very fine-pointed tool with a hole in one end to put thread through,” says Fagan. “The miracle of the needle was that it enabled humans to make tight-fitting clothing that was tailored to the individual, and that’s vital.”

Like modern mountaineering clothing, clothes from the late ice age were meant to be worn in layers. An ice-age tailor would carefully select different animal skins—reindeer, arctic foxes, hares, even birds like ptarmigans—and sew together three or four layers, from moisture-wicking underwear to waterproof pants and parkas.

Thread was made from wild flax and other vegetable fibers and even dyed different colors like turquoise and pink. The result was a fitted, versatile wardrobe that fully protected its wearer from sub-freezing temperatures.

For shelter in the coldest months, our ice age ancestors didn’t live deep in caves as Victorian archeologists once believed, but they did make homes in natural rock shelters. These were usually roomy depressions cut into the walls of riverbeds beneath a protective overhang.

Fagan says there’s strong evidence that ice age humans made extensive modifications to weatherproof their rock shelters. They draped large hides from the overhangs to protect themselves from piercing winds, and built internal tent-like structures made of wooden poles covered with sewn hides. All of this was situated around a blazing hearth, which reflected heat and light off the rock walls.

In the brief summer months, the hunters would move out into the open plains that stretched from the Atlantic coast of Europe all the way to Siberia. With cold temperatures persisting at night, shelter was taken in dome-shaped huts partially dug into the earth.

“The framework was built from a latticework of mammoth bones, either hunted or raided from carcasses,” says Fagan. “On top of it they’d lay sod or animal hides to make a house that was occupied for months on end.”

Extra Information About how did the last ice age affect paleolithic people? That You May Find Interested

How Did The Last Ice Age Affect Paleolithic People? 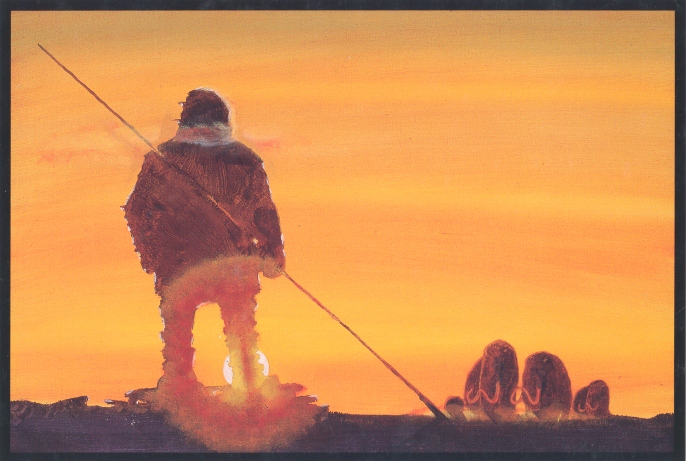 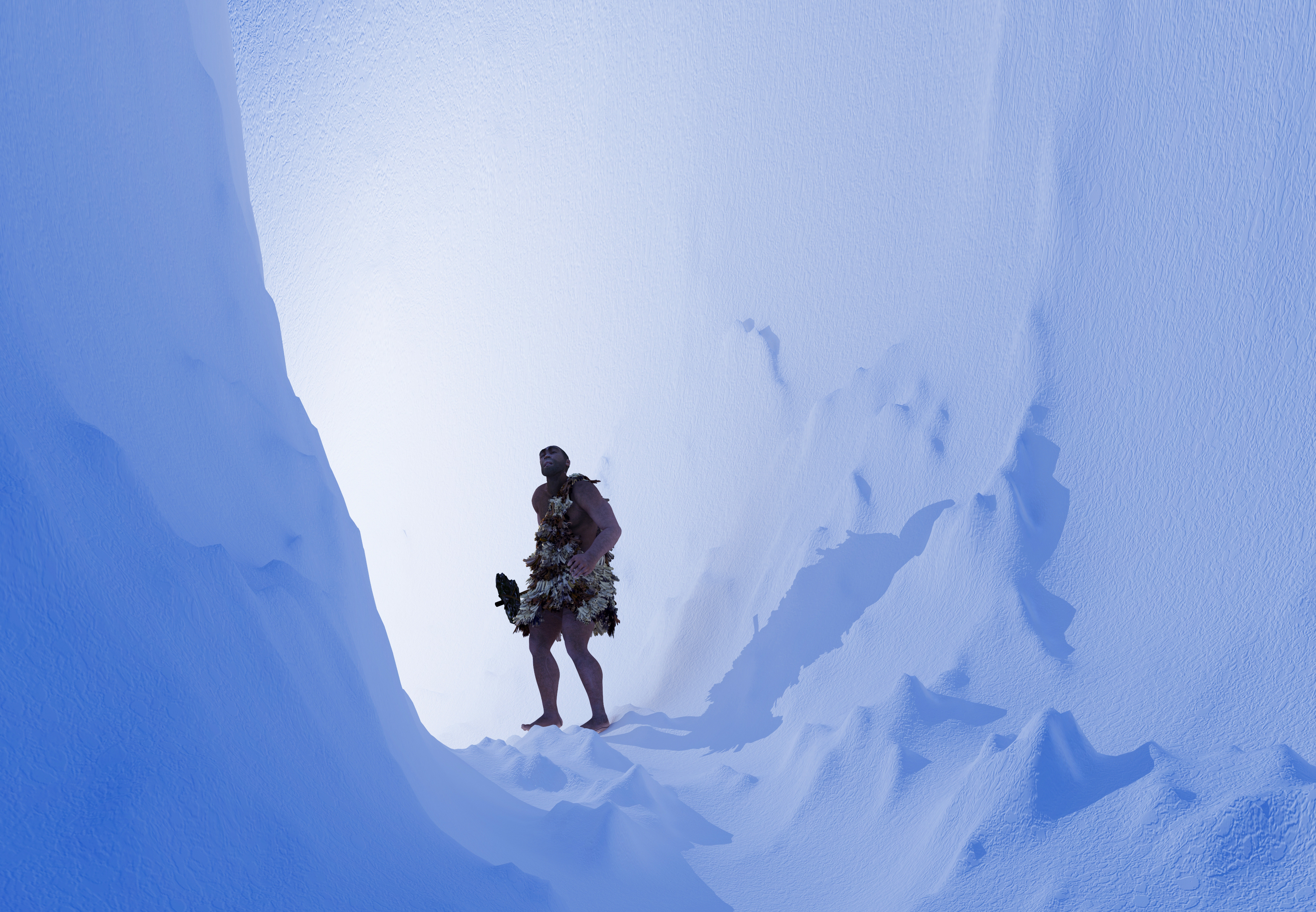 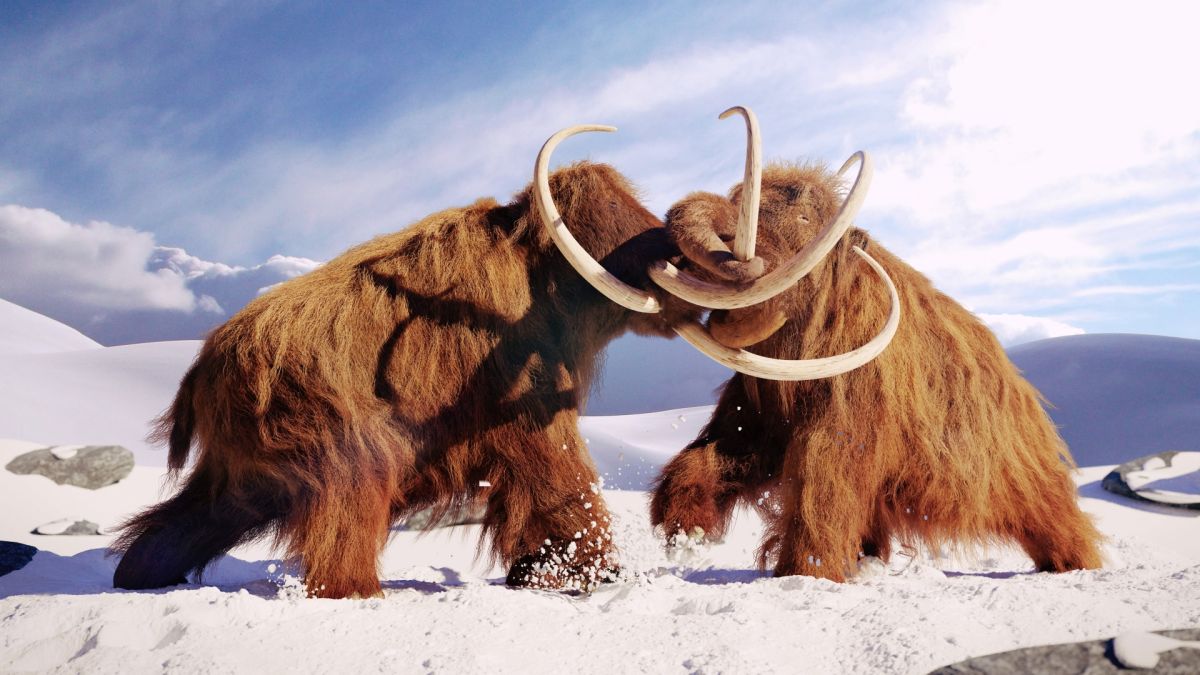 Read More:  10 a moon that is full will appear to rise (just at the horizon) at what time of the night or day? Ideas

Frequently Asked Questions About how did the last ice age affect paleolithic people?

If you have questions that need to be answered about the topic how did the last ice age affect paleolithic people?, then this section may help you solve it.

Do you think the Ice Age and Stone Age coexisted?

The Stone Age, which came after the Ice Age, is so named because it was the time when prehistoric humans, also known as cavemen, began using stones for their tools and weapons.

What kind of impact would an Ice Age typically have?

Glaciers reshape the landscape by accumulating rocks and soil and eroding hills during their unrelenting push, their sheer weight depressing the Earth’s crust, resulting in enormous changes to the Earth’s surface during an ice age.

Which of the following Paleolithic developments was significant at the time?

Language was possibly the most significant invention of the Paleolithic period, as evidenced by the fact that early humans traversed vast tracts of land, established settlements, made tools, traded, and established social hierarchies and cultures.

What was a characteristic of Paleolithic society?

The Paleolithic Age is distinguished by the use of knapped stone tools, although at the time humans also used wood and bone tools. During the Paleolithic Age, “hominins grouped together in small societies such as bands and subsisted by gathering plants, fishing, and hunting or scavenging wild animals” (b).

The Old Stone Age, also known as the Paleolithic period, lasted the longest, lasting 2.5 million years and ending in 10,000 BCE. It began when humans first used stone and lasted until the end of the Ice Age.

Was the Paleolithic Age followed by the Ice Age?

What consequences did the most recent ice age leave?

Globally, the most significant effect of the ice age was the formation of massive ice sheets at the poles, which blanketed much of northern Europe, Canada, northern America, and northern Russia with ice sheets up to 4 km thick. Reductions in atmospheric carbon dioxide and sea surface temperatures strengthened the cooling trend.

What consequences did the ice age’s end have?

Warmer temperatures caused sea levels to rise at the end of the last ice age, which had a particularly negative impact on Florida because the coastline was no longer 50 miles farther east from Daytona or 150 miles farther west from St. Petersburg than it is today.

What has made the Paleolithic Age so famous?

Simple chipped stone tools were made and used during the Paleolithic Period, an ancient cultural stage in the evolution of human technology.

What was the major find from the Paleolithic?

As was mentioned in the introduction, one of the most significant inventions of the Palaeolithic Age was the development of stone tools, which were made of sharp flints that were obtained and used in their natural state.

How did Paleolithic-era early humans endure the ice age?

The earliest humans devised crude clothing to protect themselves from the cold when they migrated to northern climates about 45,000 years ago. They draped themselves with loose-fitting hides that served as sleeping bags, baby carriers, and hand protection for chiseling stone.

What took place in the Paleolithic Era?

Early humans were hunters and gatherers during the Paleolithic period (roughly 2.5 million years ago to 10,000 B.C.). They used simple stone and bone tools, as well as crude stone axes, for hunting birds and other wild animals.

What allowed the Paleolithic Age to endure?

Paleolithic people hunted buffalo, bison, wild goats, reindeer, and other animals, depending on where they lived. The search for food was their main activity, and it was frequently difficult. They had to learn which animals to hunt and which plants to eat.