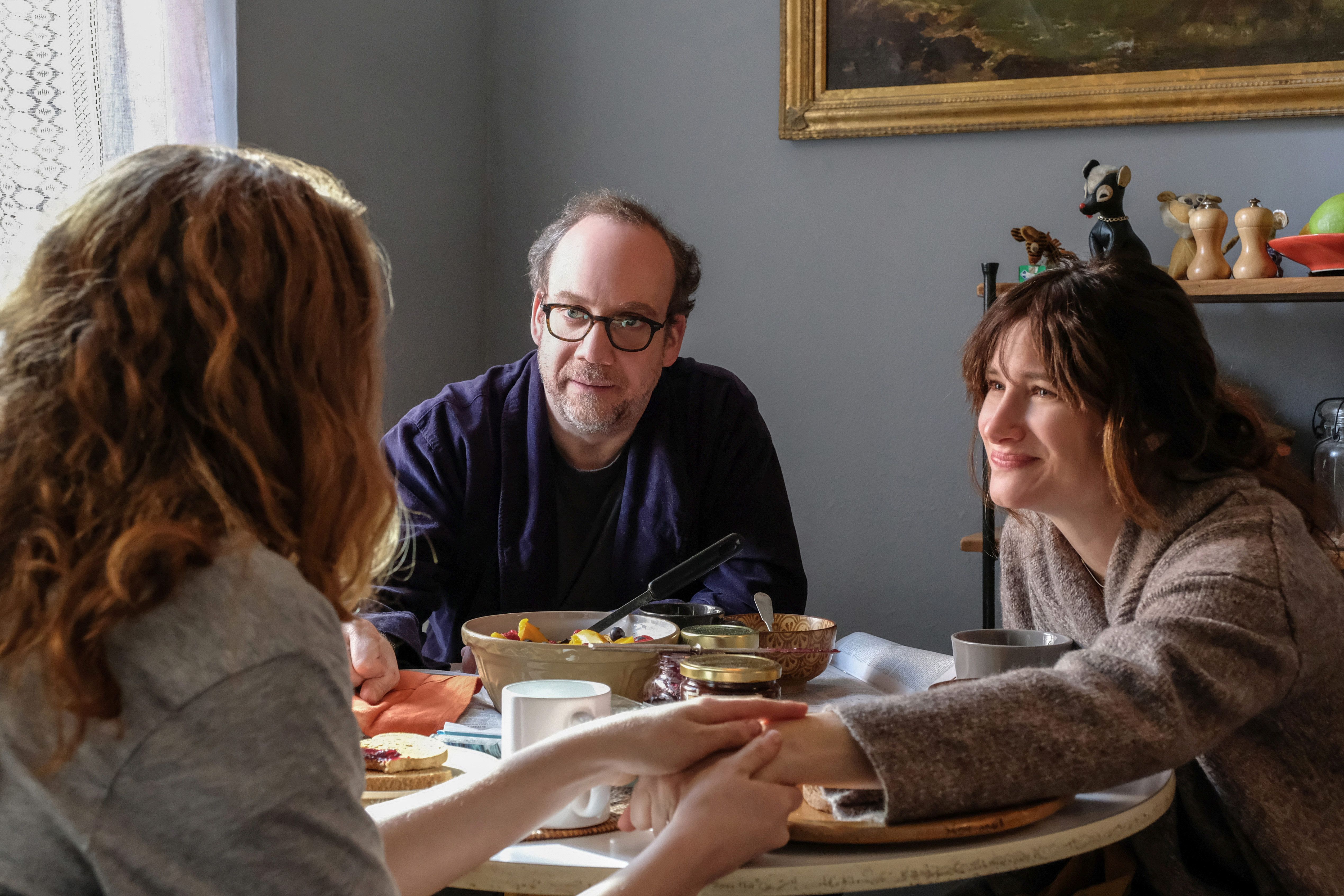 You can learn a lot from watching a bad movie. Taking a note from The Princeton Review, watching a bad movie instructs you what not to do if you want to make a good movie. A bad movie can also remind you what it is that you appreciate about the movies you consider “good,” which are really just the movies you like, because at the end of the day, “good” and “bad” are in the eye of the beholder. Mostly.

Movies exist that no one will go to bat for in defense of their goodness; objectivity may not be a real thing in art evaluation, but there are movies out in the wild that come really close, not to mention a handful of exceptions that prove the rule. Most of the movies on this list, comprising the “best” bad movies available to stream on Netflix, fit the former designation. A few of them are just plain old good, assuming cheeseball genre flicks are your idea of a good time on Friday night. All of them will teach you, the viewer, valuable lessons in what bad movies have to tell us–and what makes a bad movie in the first place.

So, enjoy this roundup of the best bad movies you can stream right now on Netflix. 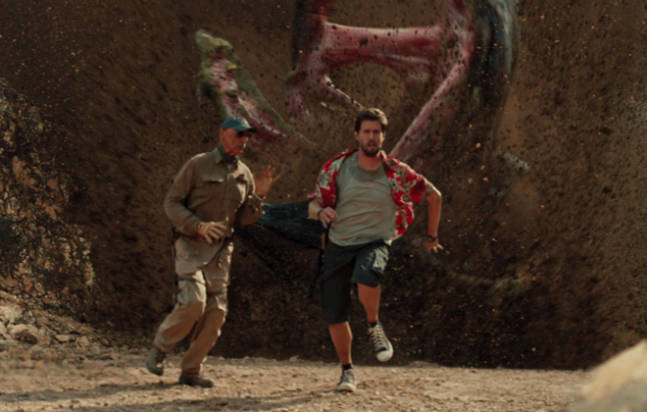 Michael Gross. Richard Brake. Miniguns. Graboids. You get the picture. The Tremors series drops off hard after Ron Underwood’s 1990 original. Tremors 2: Aftershocks, as far DTV as horror franchise sequels go, is pretty good—so expectations for subsequent entries are subterranean. (Rimshot.) Take Tremors: Shrieker Island with that in mind. The film features Brake as Bill, a big game hunter slash madman who genetically breeds the colossal worms with heightened strength and intelligence. The more dangerous the prey, the better the kill. Gross returns as survivalist and veteran Graboid slayer Burt Gummer, whose mission it is to stop Bill and, you guessed it, slay some graboids. There’s enough solid graboid action and gags here to make the production’s cheapness tolerable, and of course Brake, Game of Thrones’ once and future Night King, is always worth watching. King Arthur: Legend of the Sword

An attempt at modernizing Arthurian myth that’s as determinedly removed from the source material as it is surprisingly devoted to the story’s lesser known details. Critics didn’t like King Arthur: Legend of the Sword on release in 2017, but a small, vocal crowd have since begun the movie’s reevaluation. Guy Ritchie’s interpretation of King Arthur’s ascent to the stuff of legend doesn’t care about reality, or sticking to popular narratives, or the grim, graphic elements sensationalized in Game of Thrones. No, Ritchie takes his notes from The Lord of the Rings with exuberance, plus breathtaking cinematography. If nothing else the film captures its locations–Snowdonia and the Scottish highlands–with the kind of fealty missing in Ritchie’s approach to Arthur’s heroics. 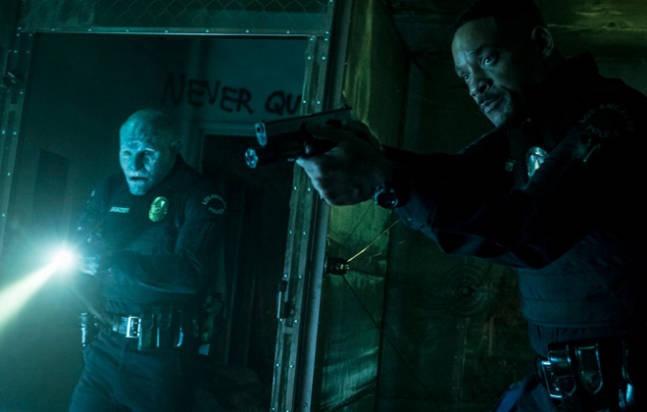 There’s “so bad it’s good,” which is just a defensive way of saying “good,” and there’s “too bad it’s so bad,” which neatly sums up David Ayer’s Bright. Imagine sci-fi like Alien Nation and District 9 coupled with high fantasy tropes used in a D&D game. Sounds promising. Bright squanders that promise over a grueling 2 hours of cosplay production design and mismatched plots. In the first, a human police officer (Will Smith) partnered with the first orc police officer (Joel Edgerton) must overcome their mutual distrust of one another to do their jobs. In the second, an evil cabal of elves try resurrecting a Dark Lord. The pomp clangs with the street-level perspective and the film falls apart fast, which gives Bright a certain morbid “see it to believe it” curiosity. Buckle up for this spicy take: The Babysitter: Killer Queen is a perfect movie. Now for the caveat: It is only perfect when Robbie Amell is on screen, and a grating mess the rest of the time. Director McG understands that writing dialogue for teenage characters means figuring out how teens talk. To his credit, he successfully cracks the code. But he makes an oopsie: He forgets that he’s writing for teens in the present day and not teens in the 1980s. Nearly every single line spoken by McG’s cast is an anachronism. Amell must’ve drawn the winning straw: His dialogue is reference-free, so he gets to put on his psycho brotherly charms and have a blast. Bring him back for the next one. Better yet, make him the lead.

Read More:  Top 10 what happened to the assanti brothers They Hide From You The sad truth about getting older is that the things you loved as a kid don’t hold up. It’s true for All That, the cool young adult’s answer to Saturday Night Live. It’s true for Good Burger, the first and only effort at spinning off one of All That’s sketches into a feature. Stick with the movie for its 90 minute running time and you’ll get why nobody bothered with a second attempt. Nostalgia’s like dessert: An indulgence. There’s no reason not to revisit this movie for giggles and for old times’ sake, but there’s also no reason to argue that it’s misunderstood or, worse, good. Funny’s funny. Funny’s also subjective, which means comedy is the most subjective genre of all, which means That’s My Boy’s 20% Rotten Tomatoes score isn’t necessarily a knock on the movie but a reflection on comedy’s subjectivity. This is a very cerebral way of saying that That’s My Boy is raucously funny, and in the 10 years since it opened in theaters has slowly gained something of a cult admiration, a feat that most of Adam Sandler’s can’t claim they’ve achieved. That’s My Boy is bang for the buck, packing in an impressive joke-per-minute average from scene to scene without any stuffy moralizing; it’s crass and cynical, but “crass and cynical” works. If 6 Underground benefitted anyone in any way, it should be Mélanie Laurent. Let her take the payday and fund her next movie as director. (She does have The Nightingale coming out later this year, so there’s that.) Other than that, 6 Underground is a perfectly adequate Michael Bay movie with a perfectly nonsensical plot, in which a vigilante sextet galavant around the world knocking off terrorists. For the most part, it’s just dudes (and Laurent, and her co-star Adria Arjona) driving cars and blowing stuff up. There are worse ways to spend a couple hours, but then again, there are better ways, too, Is snooty, affected art critic Morf Vandewalt the best character in Jake Gyllenhaal’s filmography? Maybe. Maybe it’s Johnny Wilcox. Maybe it’s Lou Bloom. Morf Vandewalt is a strong contender, though, because he makes the incoherent chore that Velvet Buzzsaw presents worth enduring. The movie doesn’t make a ton of sense either as an art world satire or a horror film; there’s a good EC Comics plot in here smothered in commentary without a point, occasionally interrupted by kills orchestrated by a cursed painting. It’s a grisly thrill watching art come to life briefly to murder pretentious snobs, and a real hoot watching Gyllenhaal develop his talents as a cartoon character actor. The best way to describe what Tom Hardy’s doing in Legend, Brian Helgeland’s 2015 adaptation of John Pearson’s book about organized crime kingpins and twin brothers the Kray Twins, is this. He’s impersonating Steve Coogan impersonating Tom Hardy doing an impersonation of Steve Coogan. Hardy has a way of making his accents into characters all on their own, whether in the Venom movies or The Drop, and Legend is no exception. But Legend has precious little else going for it, and Hardy’s performance so warps the way we engage with the story and the other characters that the film takes on a topsy-turvy surrealism by consequence. 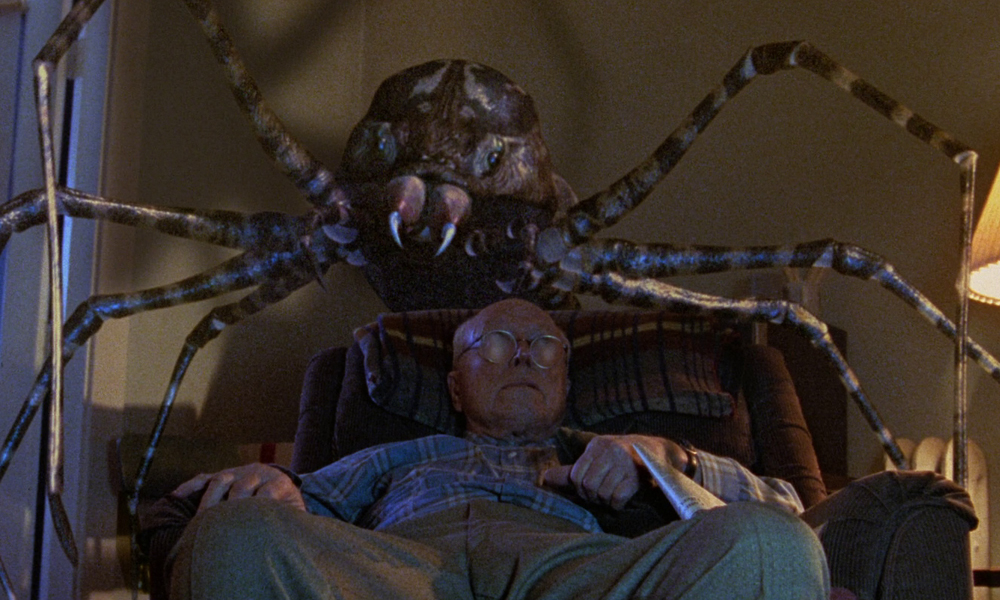 Read More:  Top 10 is sky a fairy in winx They Hide From You 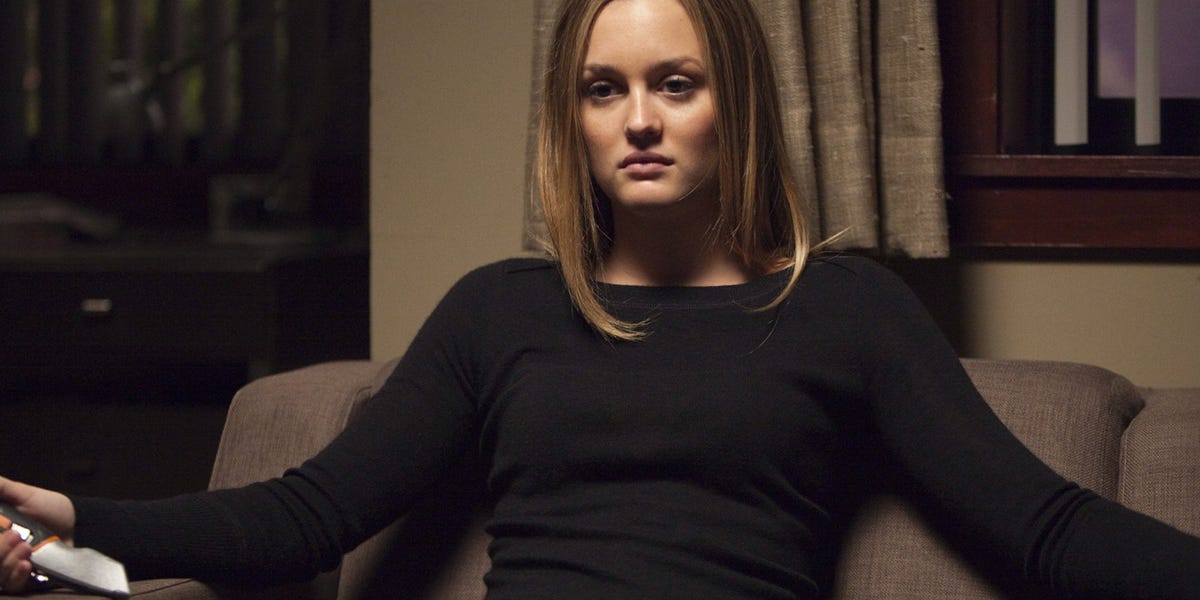 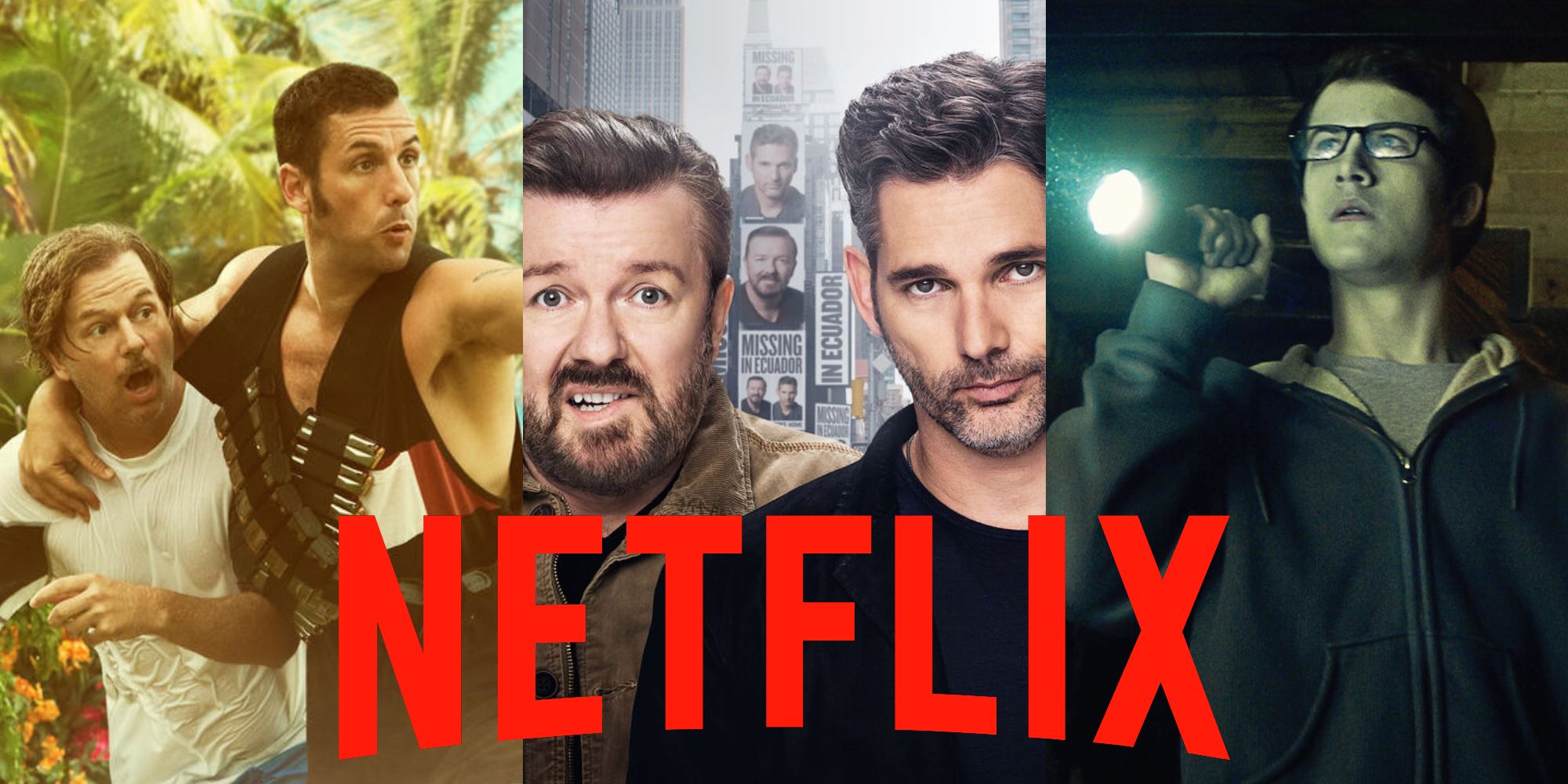 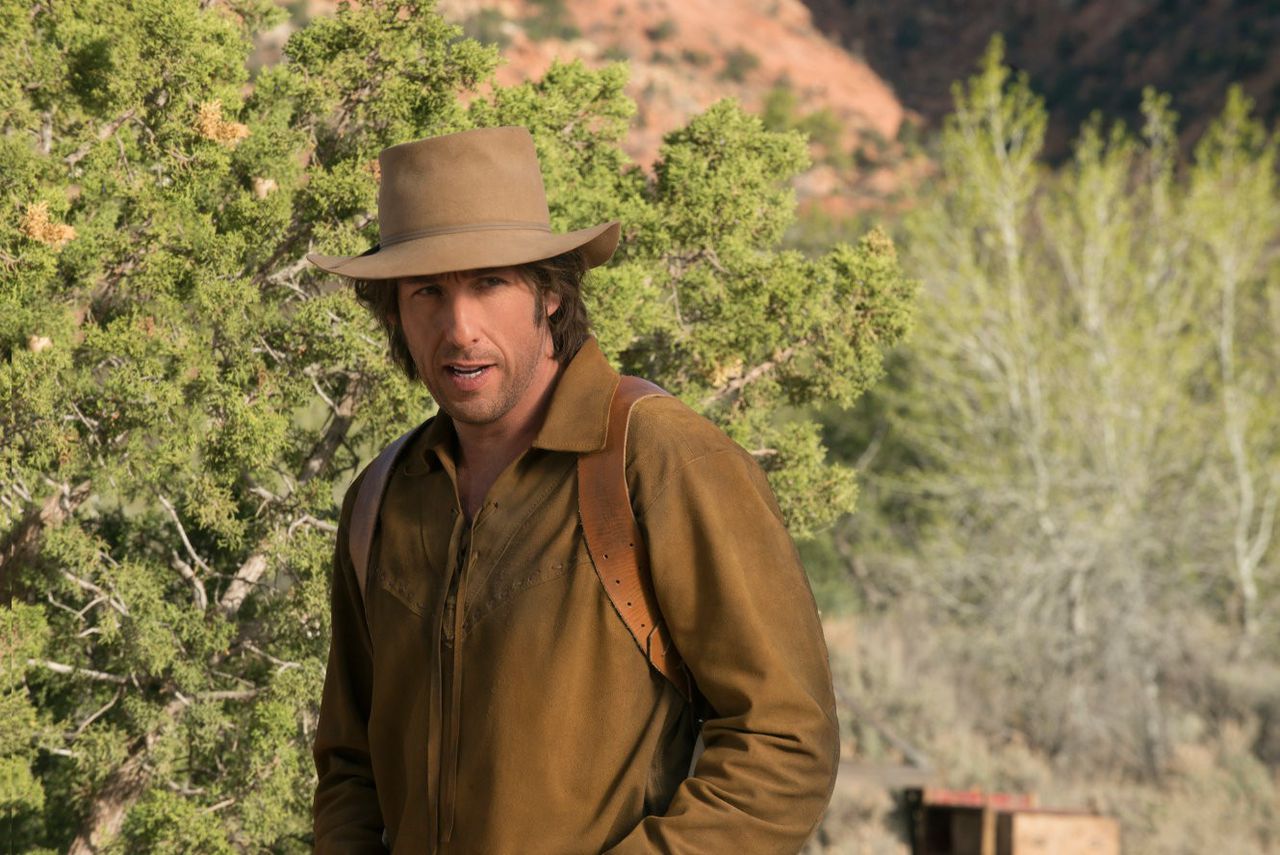 25 terrible movies on Netflix you should delete from your list 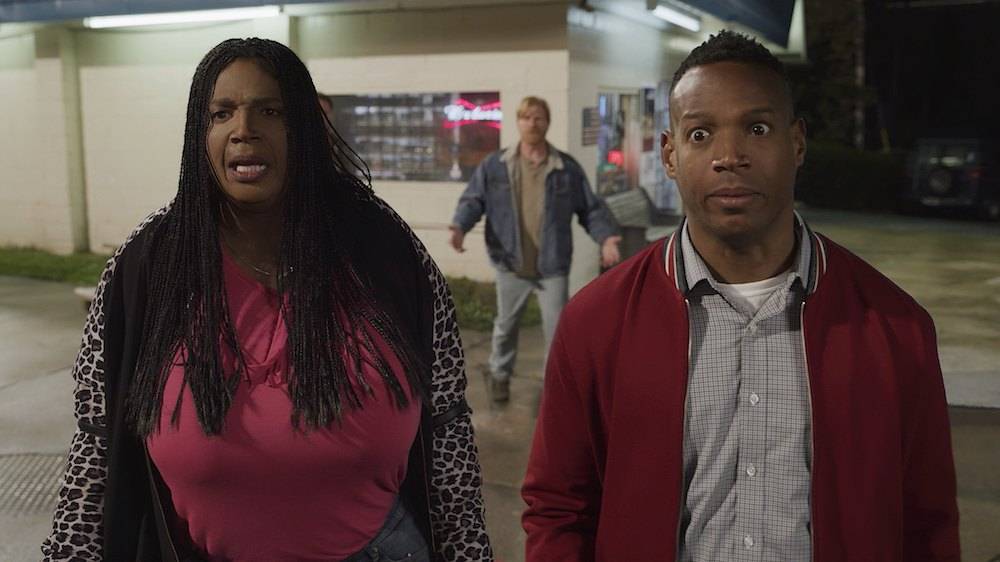 14 Worst Movies on Netflix You Can Totally Avoid Watching

Read More:  Top 10 where does elder ring take place They Hide From You

The Best Bad Movies to Watch on Netflix – GQ 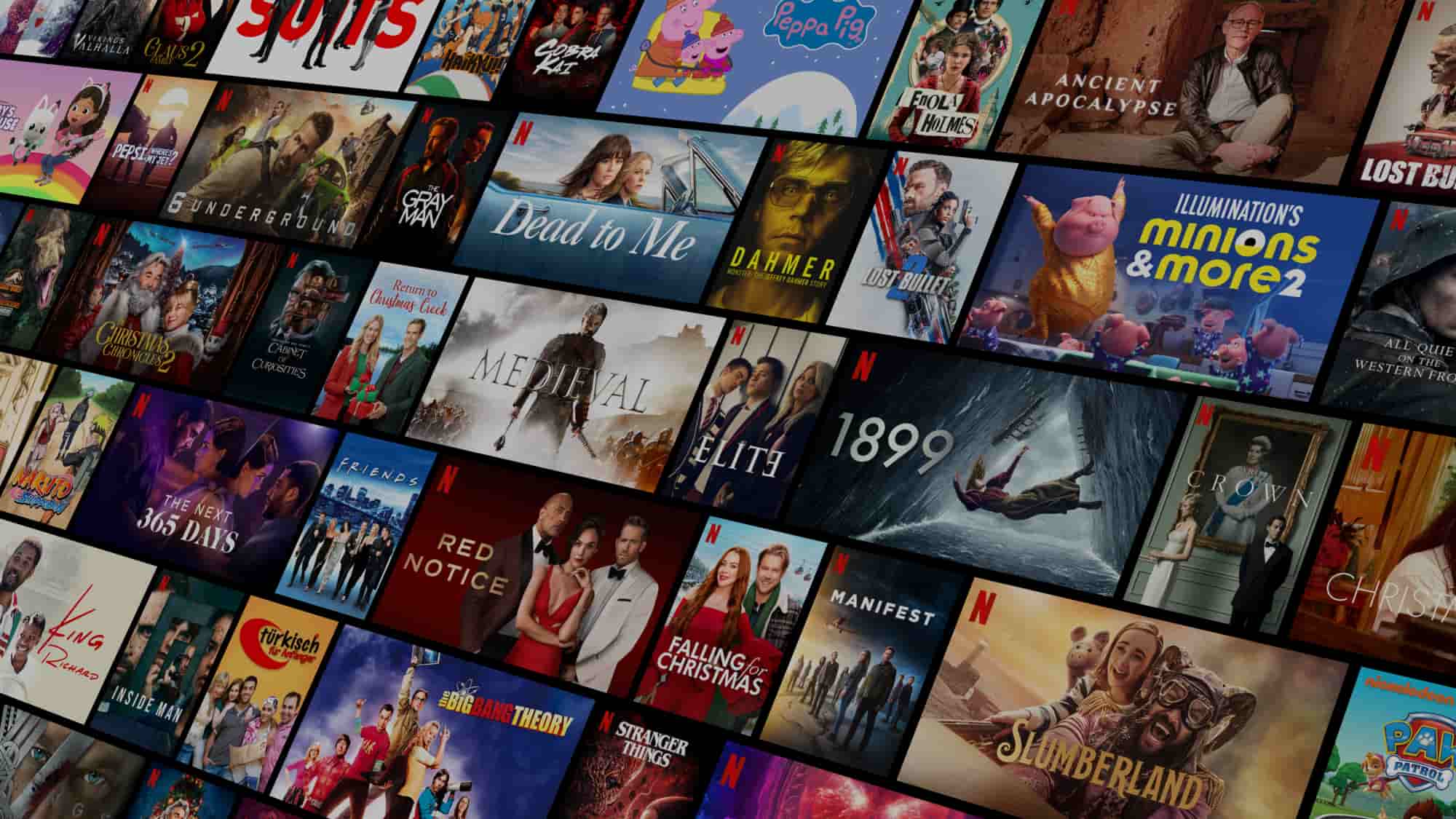 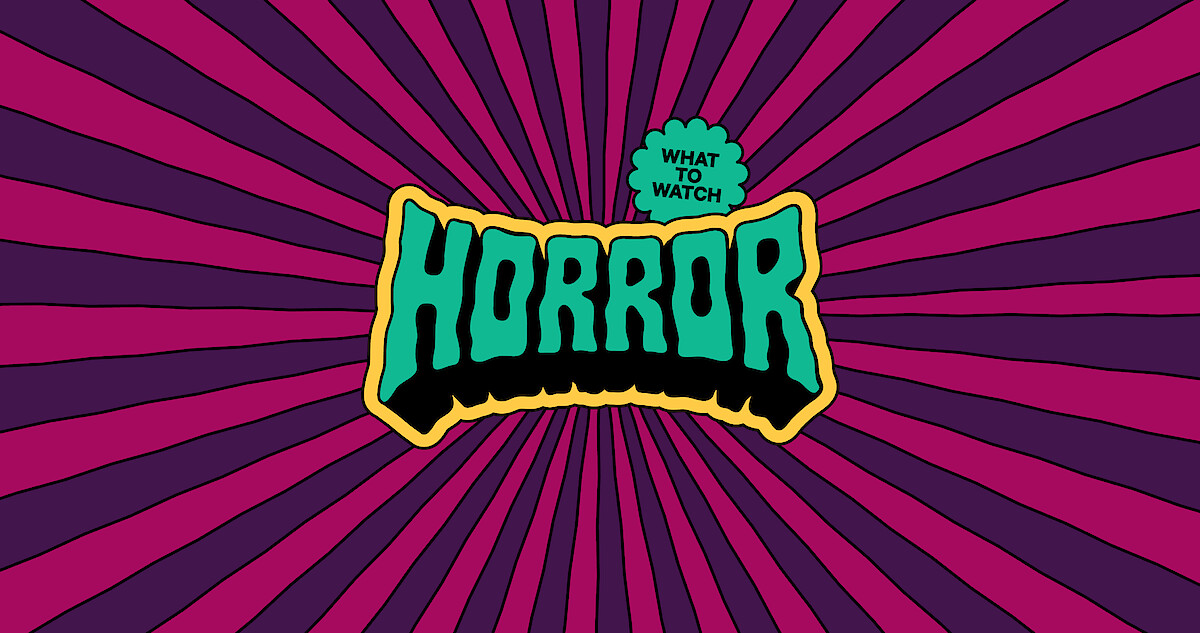 If you have questions that need to be answered about the topic best bad movies on netflix 2017, then this section may help you solve it.

What is the lowest rated thing on Netflix?

IMDb score: 2.1/10. As of early 2022, Hype House is the lowest-rated Netflix series to date, and not only because of critics

What’s the trippiest movie on Netflix?

What are the top 3 Netflix movies?

Below, we’ve assembled the current list of the most popular movies on Netflix in the U.S., along with more information about each film….

Whats a movie thats so bad its good?

Troll 2 (1990) Troll 2 is infamous for being a movie that’s so bad it’s good, so much so that there’s even a documentary about the making of the film called Best Worst Movie

Do Netflix have R rated movies?

Is there a secret Netflix menu?

To explore these collections ? ordering off the secret menu, if you will ? all you need to do is fire up your web browser, type in ?netflix.com/browse/genre/? and then add your ID code of choice to the end of the URL.

What does 78% Rotten Tomatoes mean?

As the reviews of a given film accumulate, the Rotten Tomatoes score measures the percentage that are more positive than negative, and assigns an overall fresh or rotten rating to the movie. Scores of over 60 percent are considered fresh, and scores of 59 percent and under are rotten.