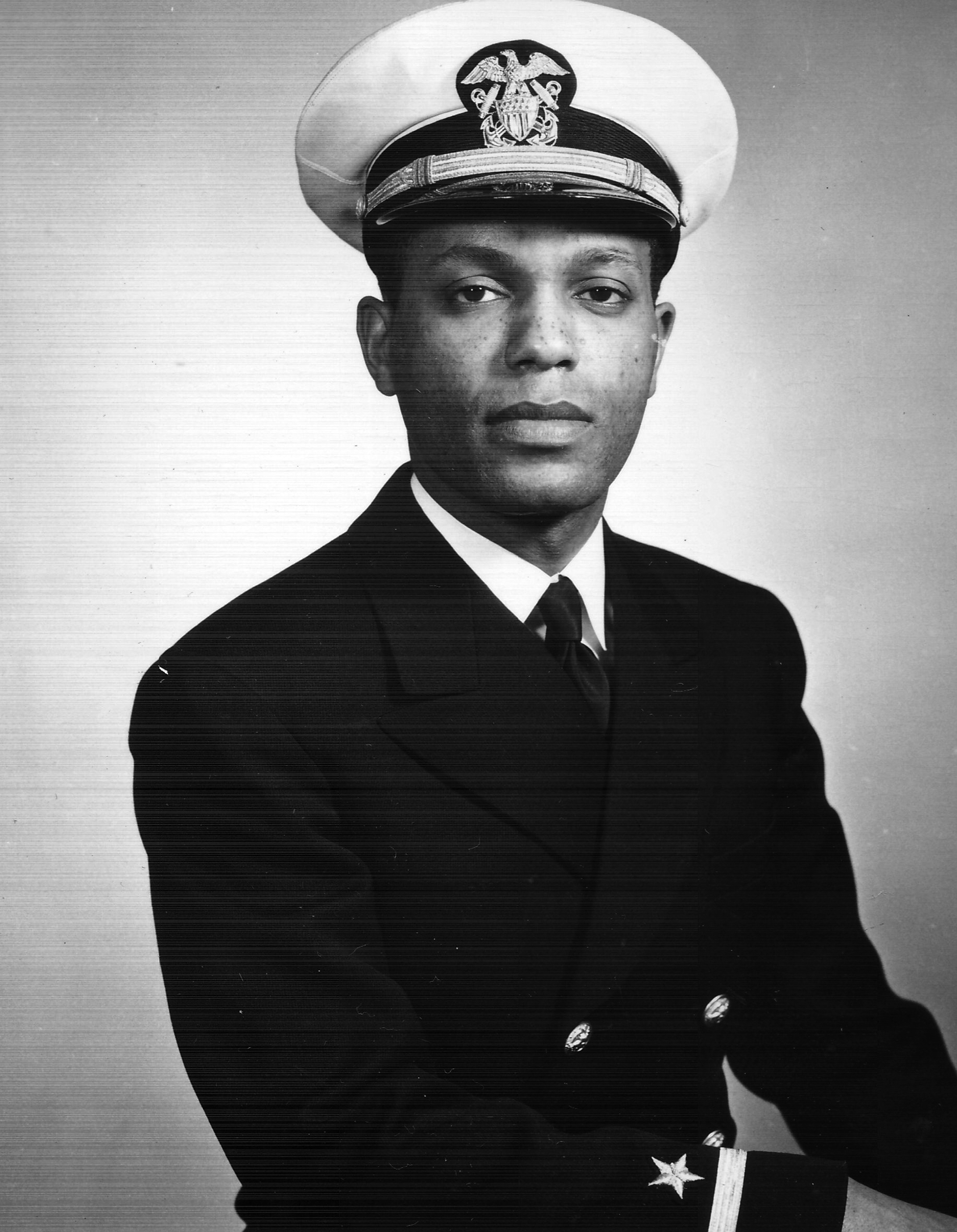 st Navy Films to Ever Be Released

Hollywood adaptations of military life can often fall short when it comes to their accuracy. From over-exaggerated facts, over-the-top explosions and overlooked details, many war films rarely leave audiences speechless. The US Army and Marine Corps tend to get all the Hollywood buzz, meaning it’s rare that the world’s navies get to shine on the big screen.

These 10 films nailed their naval representation!

Based on the novel by Tom Clancy, The Hunt for Red October takes place in 1984, at the height of the Cold War. The film follows Soviet submarine Capt. Marko Ramius, portrayed by Sean Connery, who disobeys orders and forces his high-tech submarine Red October to head to the east coast of the United States.

Afraid this rogue submarine might be planning an attack, CIA agent Jack Ryan, played by Alec Baldwin, must decipher Ramius’ motives. While he concludes the Soviet captain intends to defect to the US, the Russians send a second submarine to stop the rogue Red October.

The stunning cinematography and intense plot make The Hunt for Red October one of the most renowned war movies of all time.

Master and Commander: The Far Side of the World (2003)

Another epic film based on a novel, Master and Commander: The Far Side of the World tackles the Napoleonic Wars. Set in 1805, it features British naval Cmdr. Jack Aubrey, played by Russell Crowe, as captain of the HMS Surprise The frigate is charged with tracking down the Acheron, a French privateer ship sailing to South America, in order to claim the continent for Napoleon.

The film follows the internal struggles of Aubrey and his crew as they battle a seemingly endless barrage of attacks from the Acheron. Master and Commander: The Far Side of the World was nominated for a whopping 10 Oscars at the 2003 Academy Awards, including Best Picture and Best Director. It ultimately lost to Lord of the Rings: Return of the King.

In Crimson Tide, a tense series of events unfolds aboard the US nuclear missile submarine USS Alabama as an up-and-coming first officer, Denzel Washington‘s Hunter, stages a mutiny to stop Gene Hackman‘s trigger-happy captain from launching missiles without orders.

What follows is a back-and-forth conflict that explores the fragile social order of submarine crewmen. When Hunter takes control of Alabama, some of the crew doubt his skills and begin plotting to regain control – but Hunter always thinks two steps ahead.

The 1970 film Tora! Tora! Tora! follows both the American and Japanese points of view of the attack on Pearl Harbor. As tensions rise between the US and Japan following a trade embargo, American intelligence struggles to come to terms with the very real possibility of a Japanese attack.

Tora! Tora! Tora! – named for the codeword used by Japanese Cmdr. Mitsuo Fuchida to launch the infamous attack – was a flop at most American box offices, but became a huge hit in Japan.

Cold War drama K-19: The Widowmaker tells the incredible true story of Russia’s first nuclear submarine as it malfunctions and quickly descends into nuclear meltdown during her maiden voyage. Starring Harrison Ford and Liam Neeson, the film provides a glimpse at the near-nuclear disaster that almost became reality in 1961 – think Chernobyl, but inside a submarine.

Read More:  Top 10 who is the strongest phantom troupe member They Hide From You

K-19: The Widowmaker received great reviews from American audiences, but the surviving crew members from the real accident wrote several letters to Ford and the film’s director, complaining that many of the details depicted were false.

Based on the Pulitzer Prize-winning novel by the same name, The Caine Mutiny follows a mutiny and subsequent trial aboard a fictional US Navy destroyer-minesweeper. The story examines the ethical dilemma of rank and doing what is right.

When a ship’s captain is removed from command by his executive officer following a mutiny, a trial unfolds to convict the mutineers and decipher their motivations, at which time it’s revealed the captain was mentally unstable. Was the mutiny a criminal act or were the mutineers the heroic saviors that foresaw a potentially dangerous situation?

The classic 1980s action flick Top Gun has soared in popularity since the release of its 2022 sequel, Top Gun: Maverick. The original film provides a fascinating look into naval aviators and the prestigious TOPGUN School.

Not only are the dog fights incredible to watch, but the film also gives audiences a behind-the-scenes look at essential aspects of naval life on and off the aircraft carrier landing strip. If you ever make it to the real-life TOPGUN School, you better avoid quoting the film or you’ll receive a $5.00 fine!

Two of the biggest actors of their day, Clark Gable and Burt Lancaster star in the epic 1958 film, Run Silent, Run Deep. When the captain of a submarine sunk by the Japanese is given a second chance as a skipper on another, he sets his sights on destroying the vessel responsible for the initial sinking. This winds up putting his crew members in danger.

The film features incredible visuals and epic explosions, making it an instant classic for war movie buffs new and old.

In Harm’s Way attempts to show audiences a realistic view of the US Navy, beginning on the night before the Japanese attack on Pearl Harbor and continuing through the first year of America’s involvement in World War II.

Starring John Wayne and Kirk Douglas, In Harm’s Way follows several naval officers and their families who are based in Hawaii. When the Japanese attack Pearl Harbor, Wayne’s Capt. Rock Torrey is charged with tracking down the force responsible and attacking it. The 1965 film was one of the last war epics to be shot in black and white.

The Battle of Midway, one of the greatest battles of the Second World War, comes to life on screen in 1976’s Midway. Considered the turning point of the War in the Pacific, Midway combines naval intelligence with incredible action that come alive on-screen. This is due to its soundtrack, which mimics the physical sensations of engine noise, explosions, crashes and gunfire.

More from us: Seven Little-Known Facts Fans Need to Know About ‘Apocalypse Now’

Some of the scenes featured in Midway were actually borrowed from the less popular Tora! Tora! Tora!. The movie was brought to life once more in a 2019 remake by Hollywood’s “Master of Disaster,” Roland Emmerich, who’s also directed the action-packed films Independence Day (1996), Godzilla (1998) and The Day After Tomorrow (2004). 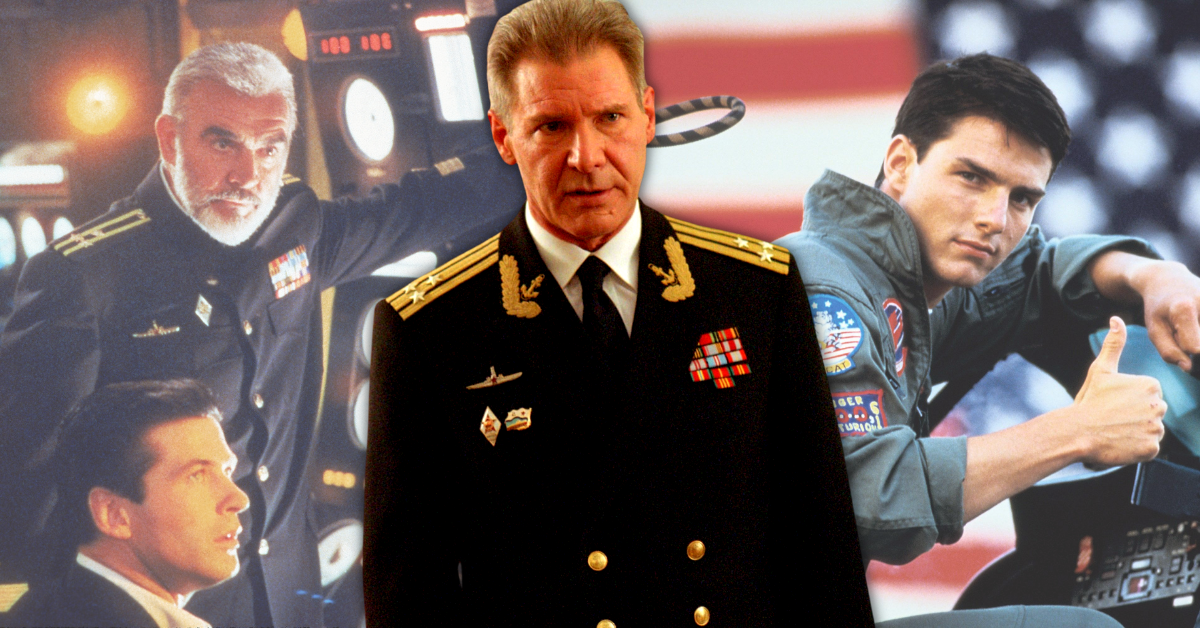 The 10 Best Navy Films to Ever Be Released

Read More:  Top 10 gravity falls season 3 disney plus They Hide From You 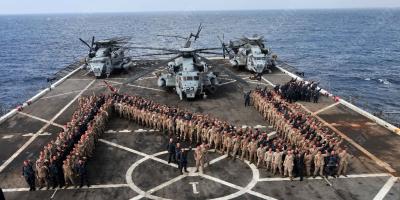 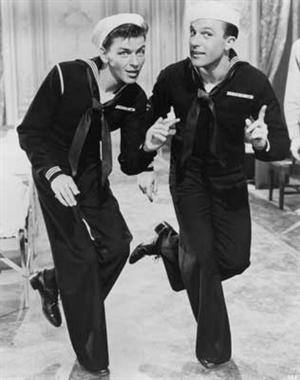 6 awesome Navy films that you should watch at least once

Frequently Asked Questions About best navy movies of all time

If you have questions that need to be answered about the topic best navy movies of all time, then this section may help you solve it.

What is considered the best war movie of all time?

What is the most intense war movie?

These war movies will shake you to your core, and remind you that humanity is just as often messy and violent as it is brave and valorous.

What should I watch after Master and Commander?

1917 (2019) Master and Commander is one of the most immersive war films ever made. Sam Mendes took the word ?immersion? to the next level with his intense World War I thriller 1917

Are there any anti war films?

Strangelove, M*A*S*H, or The Deer Hunter, which often appear on lists of best anti-war movies, below

What is the number 1 biggest movie of all time?

Avatar, directed by James Cameron, is the highest grossing movie of all time, having a lifetime gross of over $2.8 billion, according to Box Office Mojo by IMDbPro.

What should I watch after Boba Fett?

The short answer to what is PROBABLY the next Star Wars show after The Book of Boba Fett is Obi-Wan Kenobi, the series starring Ewan McGregor that takes place after the prequel trilogy.

Why did Master and Commander fail?

One of the reasons Master and Commander underperformed is that the year when it was released saw audiences’ tastes transitioning to fantasy and superhero movies. Spider-Man set records the year before and X2: X-Men United was a blockbuster just months before Master and Commander bowed in November 2003.

What is the most famous lost film?

London After Midnight, starring Lon Chaney and directed by Tod Browning in 1927, was a silent-era mystery-thriller pseudo-vampire film that is now considered to be the ‘holy grail’ of lost films by collectors.

What is rated No 1 scariest movie?

1. The Exorcist (1973) You may not agree that The Exorcist is the scariest movie ever, but it probably also isn’t much of a surprise to see it at the top of our list ? with a whopping 19% of all the votes cast.

Video About best navy movies of all time