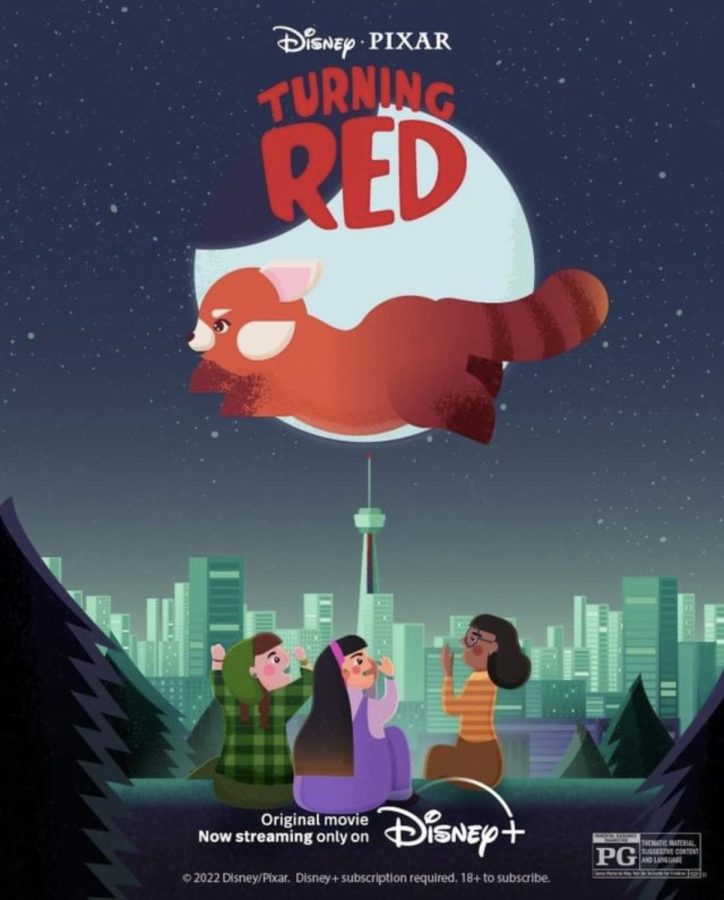 What Your Favorite ‘Turning Red’ Characters Look Like In Real Life

Ever since it premiered on Disney+ on March 11, families have raving (usually positively) about Turning Red, Pixar’s new coming-of-age story about 13-year-old Mei. Being 13 is hard, but it’s even harder when you turn into a giant red panda whenever you get too emotional! But who are the voices behind the Turning Red characters? Here’s what you need to know.

The story follows Meilin Lee (called “Mei” by her friends and “Mei-Mei” by her mother), a studious by lively 8th grader living in Toronto in 2002. She’s very close to her mom, Ming, whom she helps with running the family temple. She also has a close-knit relationship with her three best friends, Priya, Abby, and Miriam. One morning, Mei wakes up to discover that she’s transformed into a giant red panda. After a particularly embarrassing scene at school, she soon discovers that her pandafication is a family trait, but not to worry: Ming knows a way to banish the panda forever! The ritual will be performed in a month, so until then, Mei just has to keep calm (the only way to keep the panda at bay). But how calm can she be when 4*Town is performing in Toronto in a month?! And what if the panda is her ticket to a ticket?

Needless to say, the characters are charming, memorable, and oh-so-relatable. Here’s a list of the actors behind the key players.

Mei is the movie’s protagonist. A nerdy but self-assured 13-year-old, Mei comes into her own by realizing, actually, she likes to “unleash the panda” from time to time. She’s voiced by Rosalie Chiang, a 16-year-old from the Bay Area. Originally hired as a placeholder until a permanent “Mei” could be cast, Chiang (obviously) wound up winning the role.

“Working at Pixar wasn’t my dream because I didn’t think it was even possible to book a role for such an amazing company,” she shared on Instagram. “But yeah, acting at Pixar is truly unreal and I am so grateful for the opportunity.” In addition to acting, Chiang has also written two books of poetry: A Is For Albatross: Birds A To Z and A Is For Arowana: Freshwater Fish A To Z.

Ming is Mei’s loving, proud, but exacting and somewhat strict mother. Over the course of the movie, she and her new teenager butt heads (literally at one point, in fact) but she comes to accept that while she and her daughter can never have the same relationship they had when Mei was a child, their new relationship can be beautiful as well. She’s played by Sandra Oh, who is probably known for her roles in Grey’s Anatomy and Killing Eve. In addition to television, Oh has appeared in dozens of films, notably Sideways and Under the Tuscan Sun.

Turning Red is her latest, but far from first, foray into voice acting, where her credits include Invincible, Over the Moon, Raya and the Last Dragon, and She-Ra and the Princesses of Power.

Miriam is Mei’s loyal, goofy best friend — someone who’s always supportive but caring enough to call Mei out on negative behavior. She is voiced by 16-year-old Ava Morse. Based in Illinois, Morse has been performing since she was 5. In addition to commercials and Chicago area theater, Morse has television and film credits to her name as well. Turning Red is her first voiceover role.

“It’s crazy to be able to say I’m not only a part of Pixar, but a part of this movie in general because it is so great,” she told her local paper.

Priya is another of Mei’s loving and supportive besties in the movie. Deadpan but passionate, Priya is artistic and often gravitates towards romantically dark things, like the Nightfall book series or the cute goth girl at her school. She’s played by 20-year-old Maitreyi Ramakrishnan, who is best known for playing Devi Vishwakumar in Never Have I Ever. She has been cast as Lizzie Bennet in the upcoming film The Netherfield Girls, a contemporary adaptation of Pride and Prejudice.

Pixar’s official Turning Red website refers to Abby as “a stick of dynamite; a warrior who will not hesitate to launch herself at anyone who threatens her besties.” She is voiced by non-actor Hyein Park, who works as a story artist at Pixar. In addition to Turning Red, she has worked as a storyboard or story artist on Bao, Toy Story 4, and Soul with Pixar, as well as Peg + Cat and Dragons: Race to the Edge.

Jin is Mei’s father. Though he’s far quieter than Mei’s mother, he’s nevertheless perceptive and loving. He’s also an amazing cook! Jin is voiced by Australian actor Orion Lee, who has worked theater, as well as film and television. He played King-Lu in the critically acclaimed 2019 film First Cow, and has performed at prestigious theaters throughout the UK and Ireland, including the National Theatre of Scotland and the Royal Shakespeare Company.

Tyler is (per Pixar) “that kid we all know from middle school: annoying, aggressive and always popping up when least wanted.” Ultimately, however, the bratty exterior hides an ultimately sympathetic kid who, like everyone in middle school, is trapped in that awkward stage between “little kid” and “full-fledged teen” and just wants to get through it. He’s voiced by Tristain Allerick Chen, who feels “unbelievably lucky” to be part of Turning Red and has previously had small voice roles on WandaVision and The Barbarian and the Troll.

Mei’s grandma is an imposing figure. Put together, imperious, and capable, we learn that she and Ming used to have a very close relationship that soured over time due (in part) to Grandma’s controlling nature. She’s played by Wai Ching Ho, who started her career in the soap opera One Life To Live. Since then she’s appeared in a number of movies and television shows, including Fresh Off the Boat, Nora from Queens, Orange is the New Black, and, most notably, as the diabolical Madame Gao in Daredevil, Iron Fist and The Defenders.

Mr. Gao is a kindly fixture at the Lee family temple, with years of shaman experience. He helps the women of Mei’s family through their “panda problem.” He’s played by James Hong, whose IMDB counts 450 credits going all the way back to 1954, which includes a great deal of voiceover, film, and television roles. He’s one of those actors who’s appeared in so many projects that you automatically know his face (Big Trouble in Little China) and voice (Mulan, Kung Fu Panda) right away. And with at least five projects projected into 2022 and beyond, the prolific nonagenarian doesn’t seem to have any intention of slowing down…

There are (ironically) five members of 4*Town. Jesse (Finneas O’Connell) went to art school; Tae Young (Grayson Villanueva) fosters injured doves; Robaire (Jordan Fisher) can speak French; and Aaron T. and Aaron Z. (Topher Ngo and Josh Levi) are really talented too! These are among the first roles for Villanueva and Ngo. Levi is best known for playing Darius Merriweather on Friday Night Lights. Fisher has done a variety of voiceover work and also plays Impulse on The Flash.

O’Connell is a songwriter and producer, most notably for his sister, Billie Eilish. The siblings actually paired up to write 4*town’s three songs in the movie, “Nobody Like U,” “1 True Love” and “U Know What’s Up.” 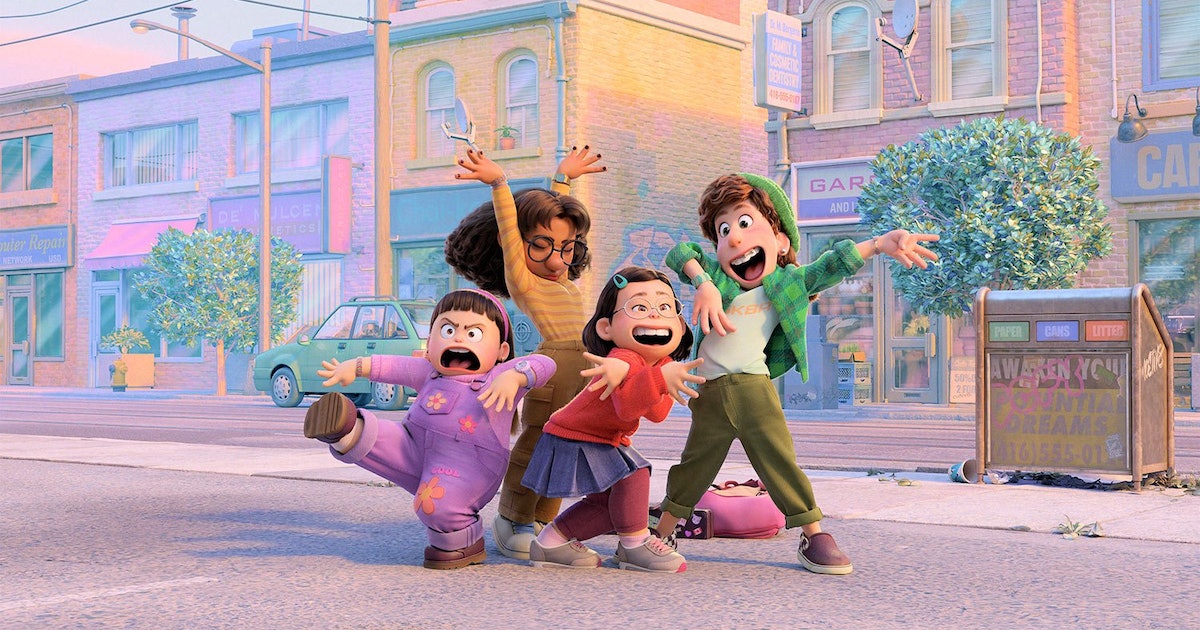 'Turning Red' Cast: Photos Of The Voice Actors & Their Pixar … 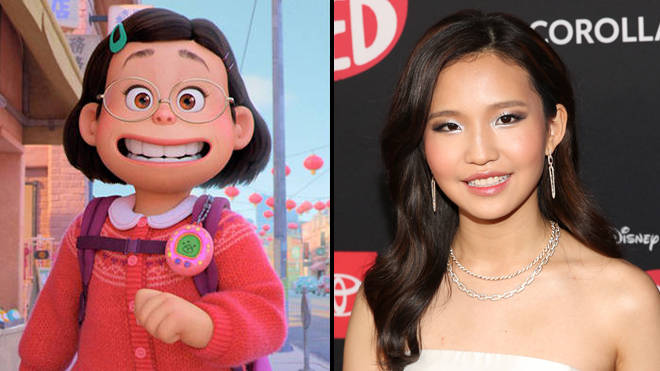 Turning Red cast: Here's who voices the characters and what … 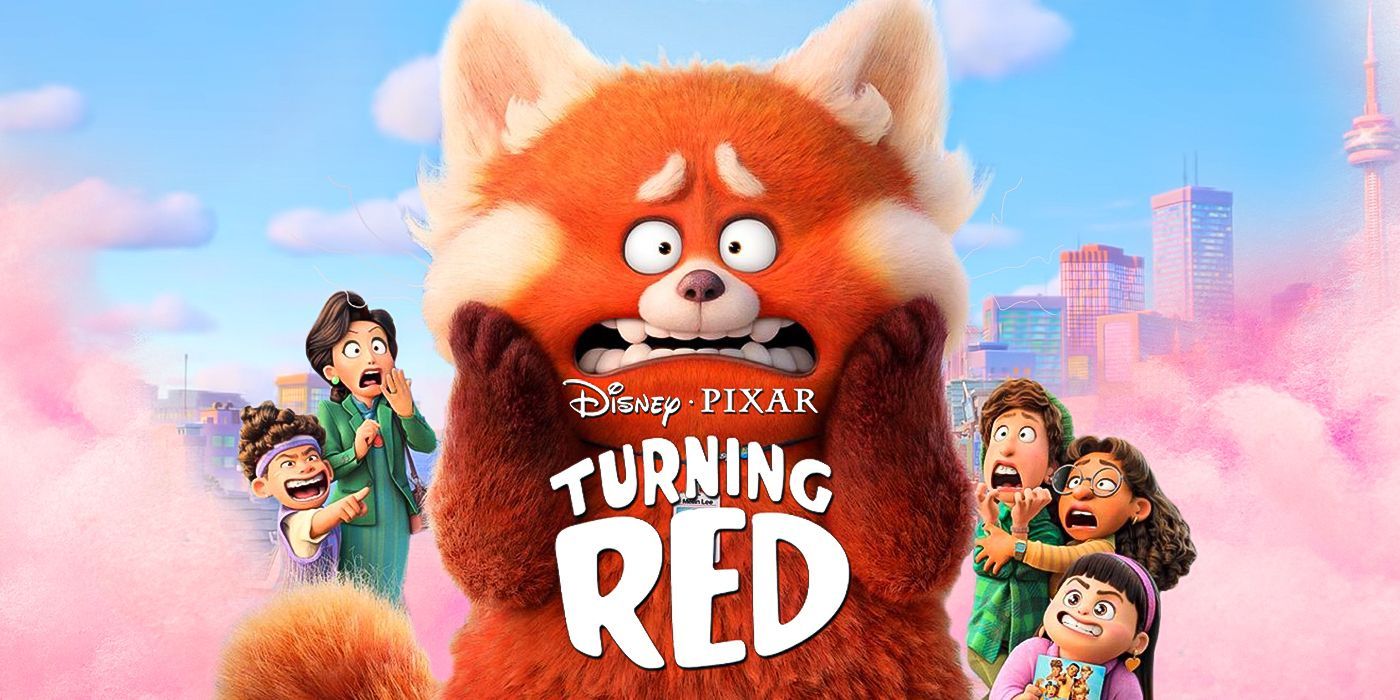 Every Main Voice Actor In Turning Red & Where You Know … 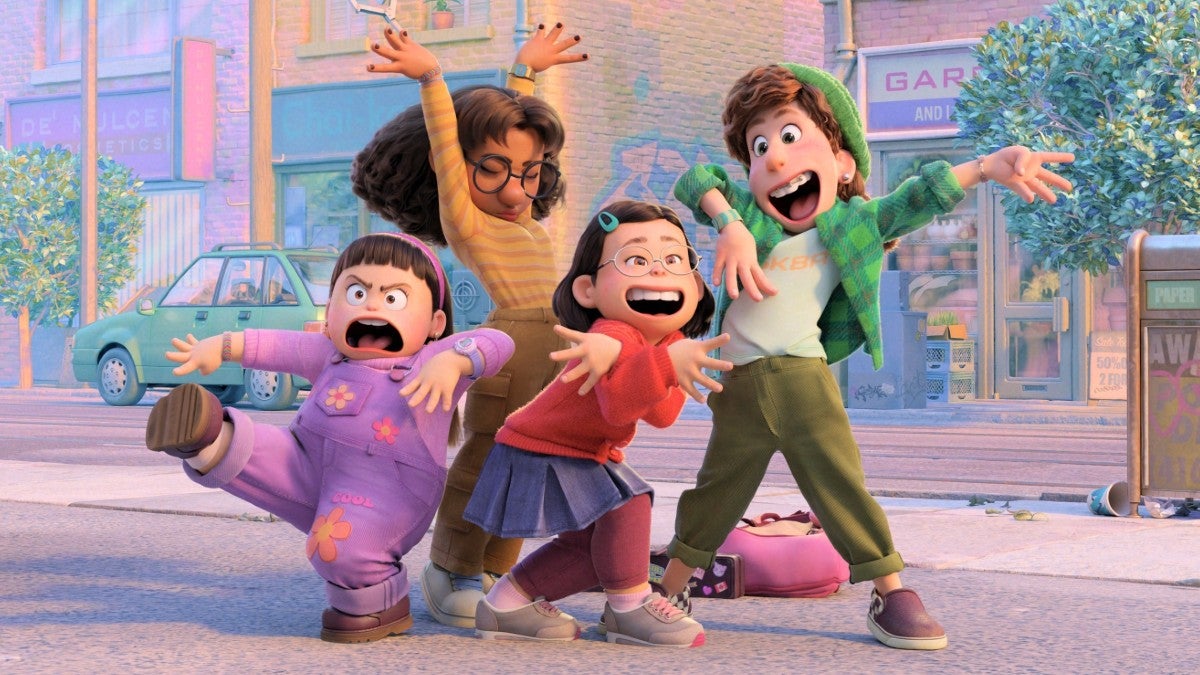 Turning Red Cast and Character Guide: Who Are the Voices?

Read More:  Top 10 girl groups that have 6 members They Hide From You 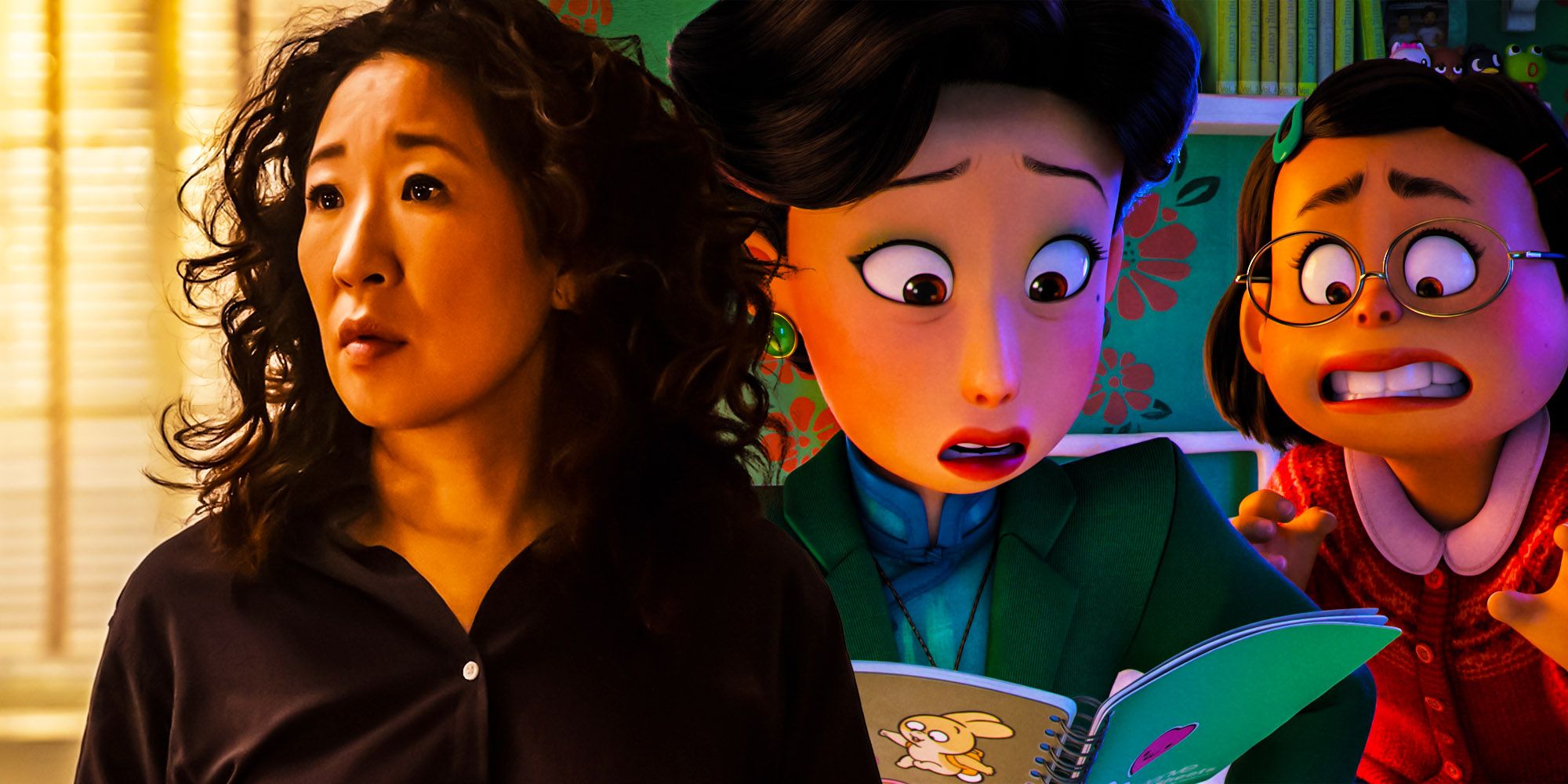 Turning Red Cast Guide: What The Voice Actors Look Like

If you have questions that need to be answered about the topic cast of turning red abby voice actor, then this section may help you solve it.

Who voices Abby in Turning Red?

Is Abby in Turning Red Korean?

Abby is a short and short-tempered 13-year-old who is fearless in the face of other children, and even faced with Mei’s giant red panda. Abby is Korean-Canadian and speaks Korean at several points in the movie; however, there are no subtitles to translate what she says

What ethnicity is Priya Turning Red?

Priya is an average height, Indian-Canadian 13-year-old girl with brown eyes, thick eyebrows, and curly, wavy dark brown hair that falls right past her shoulders; her bangs are parted and slightly curled.

How old is Abby in Turning Red?

Appearance. Abby is a short, heavyset, Korean-Canadian, 13-year-old teenage girl with fair skin, brown eyes, and a round face. She has long, straight, black hair with straight-across bangs.

Who does Billie Eilish play in Turning Red?

The name draws specific references to *NSYNC, borrowing the group name’s star, as well as possibly the group O-Town. Other great groups from that time: Backstreet Boys, 98 Degrees, B2K, and the Toronto-based group b4-4.

No, 4*Town is not a real band, but a purely fictional one designed to elicit the familiar feelings of fangirling over boy bands Mei and her teenaged friends experience in “Turning Red.” Anyone who was (or is) a fan of like Backstreet Boys, *NSYNC, Boys II Men, One Direction, BTS, or any other popular boy band can …

While many Pixar fans were excited about the convincing possibility that Abby is Boo, it unfortunately isn’t true.

Is Billie Eilish in Turning Red?

Disney has shared the complete soundtrack to their new film Turning Red, which features three songs written by Billie Eilish and Finneas ? listen below. The duo, alongside the film’s composer Ludwig Göransson, wrote all the music performed by fictional boyband 4*Town in the film.

Is 4 town inspired by BTS?

Turning Red director confirms 4*Town’s Tae Young is influenced by BTS. As Turning Red continues to make its rounds on the internet, director Domee Shi confirmed that 4*Town’s member Tae Young was based on BTS.

What kind of animal is Abby?

Abby is a female Jungle cat. This is a wild cat species native to the Middle East, South and Southeast Asia and southern China.

How old is Priya in Turning Red?

Priya is an average height, Indian-Canadian, 13-year-old teenage girl with brown eyes, thick eyebrows, and curly, wavy, brownish-black hair that falls right past her shoulders; her bangs are parted and slightly curled.

Who does Abby sleep with?

Kevin Moretti (Stanley Tucci), Abby did the unthinkable and ended up sleeping with him. Viewers couldn’t help cringing when Abby woke up in a panic after blacking out in Moretti’s bed and realized that she was in jeopardy of losing just about everything. 8. Toward the end of the 13th season, Dr.

How old is Abby Park?

Abby is a short, heavyset, Korean-Canadian 13-year-old teenage girl with fair skin, brown eyes with the bright purple eyeshadow, and long, straight, black hair that forms into a brown ombre.