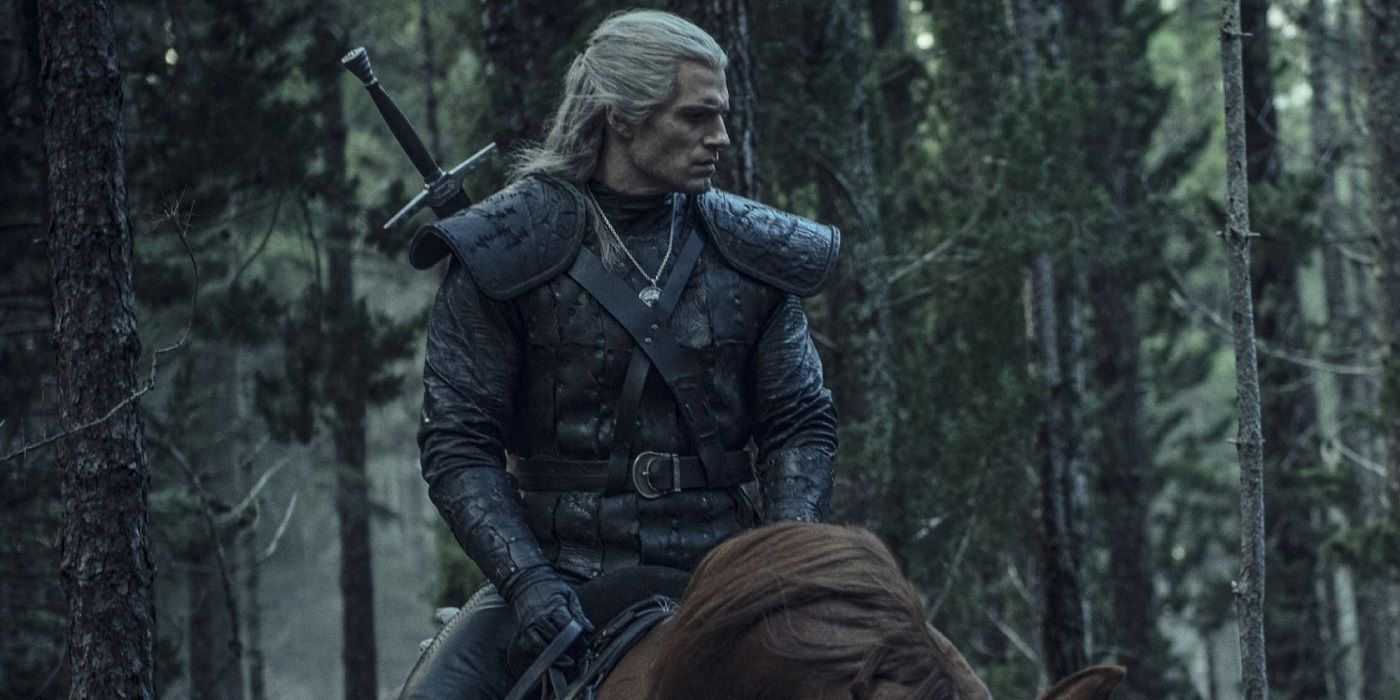 Netflix’s breakout series The Witcher, based on Andrzej Sapkowski’s series of novels and short stories, harbors an intensively detailed plot and intricate relationships.

The focal point of the first season is Geralt’s hunt for Ciri, which may be tough to grasp for some viewers, given the show’s non-linear timeline. Moreover, various scenes and personalities are adapted for the screen.

The Cintran Ball, at which we learn of the Law of Surprise, plays out more or less in the same fashion between the books and Netflix series, despite some minor details. One of the more pertinent changes, however, regards how Geralt came to claim the Law of Surprise.

Henry Cavill’s portrayal of Geralt, in the Netflix series, plays the matter down in a nonchalant manner, uninterested in claiming any reward at all. When pressed for an answer, he shoots off that he’ll claim the same as Duny; “Give me what you have but do not know.” At Queen Calanthe’s (Jodhi May) indignation to the claim, however, Geralt assures her he won’t be returning to claim crops or an unborn pup.

This is in direct contrast to the books, where Geralt expresses witchers have no lineage in which to pass down their profession and brazenly claims the law of surprise. Geralt then declares he will return in six years in hopes of claiming a protegee.

True to his word, the witcher does return to Cintra only to encounter an ever indignant Queen Calanthe, who attempts to outwit Geralt by having him pick his destined child of surprise from one of the common town’s children instead. The witcher isn’t fooled, nor is he interested in trading one life for another but doesn’t push Calanthe to relinquish her true grandchild. In the book, this is how the Queen succeeds in making Geralt believe she has a male heir instead of a granddaughter.

Though the scenarios play out in different manners, the show depicts this trickery as well. Calanthe offers up an imposter Ciri directly, which doesn’t fool the witcher. This is where the scene of Geralt observing Ciri (Freya Allan) disguised amongst a group of boys comes into play.

In the books, Geralt and Ciri originally meet in Brokilon Forest, well before viewers meet the little lion cub in the events of the show. While Netflix still depicts Ciri’s visit to Brokilon, the circumstances and where this excursion falls in the timeline, differ pretty wildly. In-turn, Ciri’s decision to either remain with the elves in Brokilon or leave to pursue her destiny plays out quite differently as the books place Geralt by her side throughout the entire ordeal.

Read More:  Top 10 movies like as above so below They Hide From You

In the show, we see Geralt try to avoid his destiny, namely by blatantly ignoring it. However, his denial is all the more prevalent in the books as he has already rescued and taken on the charge of protecting Ciri once, looked destiny in the face, and coldly rejected it. After meeting Mouseack on the road, Geralt leaves Ciri with him, turning his back on destiny despite the girl’s pleas.

But as viewers learned in the first season of the show, Geralt cannot run from his destiny. Spurred on in part by some of Ciri’s conscious choices in both the books and the show, the witcher and Ciri cross paths again in the same fashion portrayed in the season finale- despite some discrepancies regarding Geralt’s whereabouts during the massacre of Cintra.

If the second season continues the show’s generally apt depiction of the books, Geralt will bring Ciri to Kaer Morhen, which will be fans’ first glimpse of the witchers’ stronghold as is also the case in the books.

Will The Games Tie In?

While Freya Allan portrays a slightly older version of Ciri on-screen than Sapkowski depicts in the books, she’s certainly no witcher-girl as players know her from The Witcher 3. But the Wild Hunt is mentioned in the episode “Of Banquets, Bastards, and Burials.”

A little way into the novels, it also becomes apparent the Wild Hunt knows of Ciri and begins pursuing her rather early on in her adventures after Kaer Morhen.

Taking these hints and parallels into account, it’s feasible viewers could begin to see traces of The Wild Hunt on screen. Possibly as early as the season 2 finale, or a later season, if the series continues to garner success.

The abundant use of artistic license coupled with Sapkowski’s already elaborate storyline makes for a complex screen adaptation. But if one thing is made clear by the end of season 1, it’s that Geralt and Ciri are indeed drawn together by destiny.

NEXT: Toss A Coin To Your Witcher Took 10 Minutes To Write 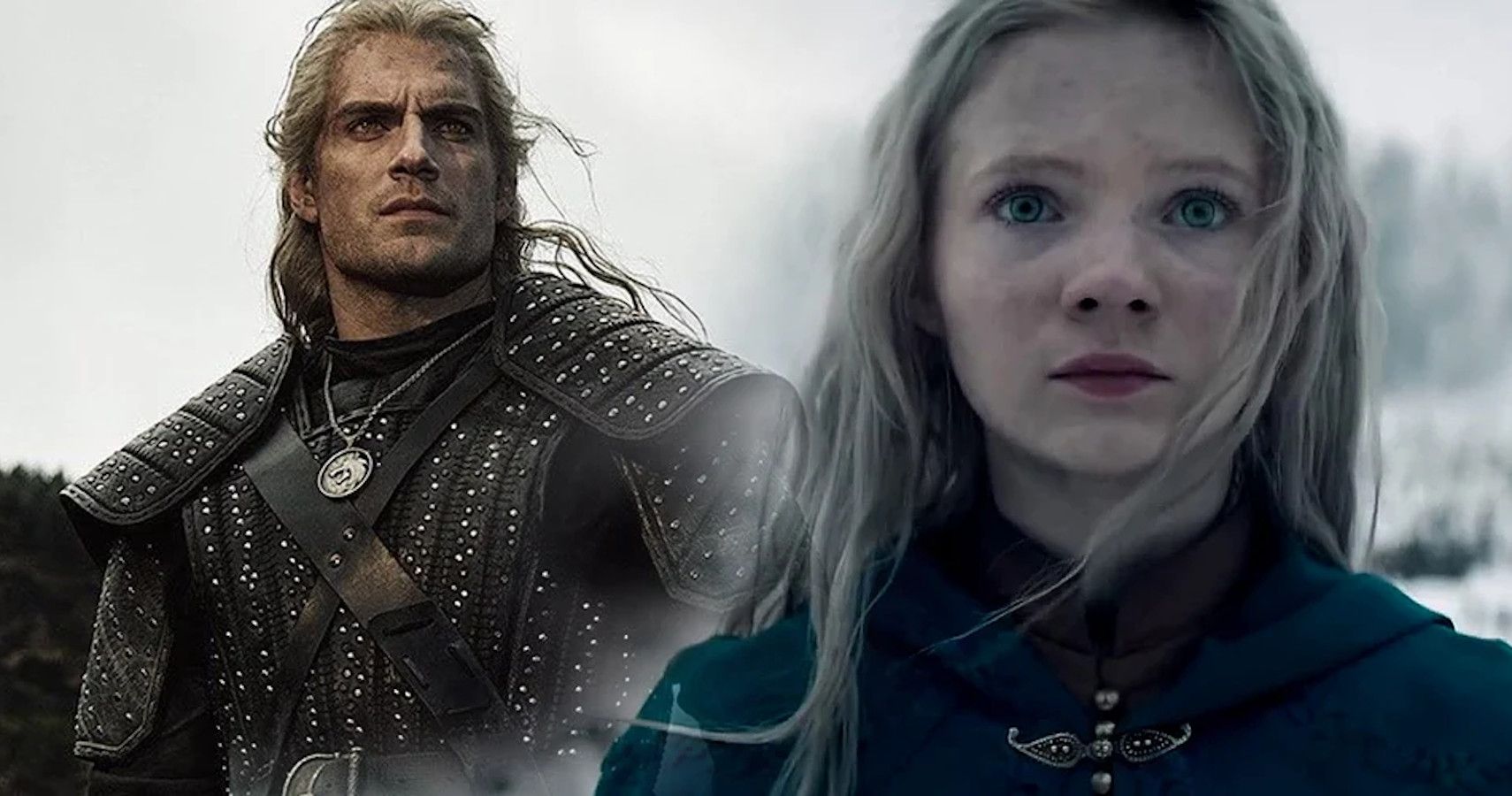 How Is Ciri Related to Geralt? Is It Just Fate? – Netflix Junkie 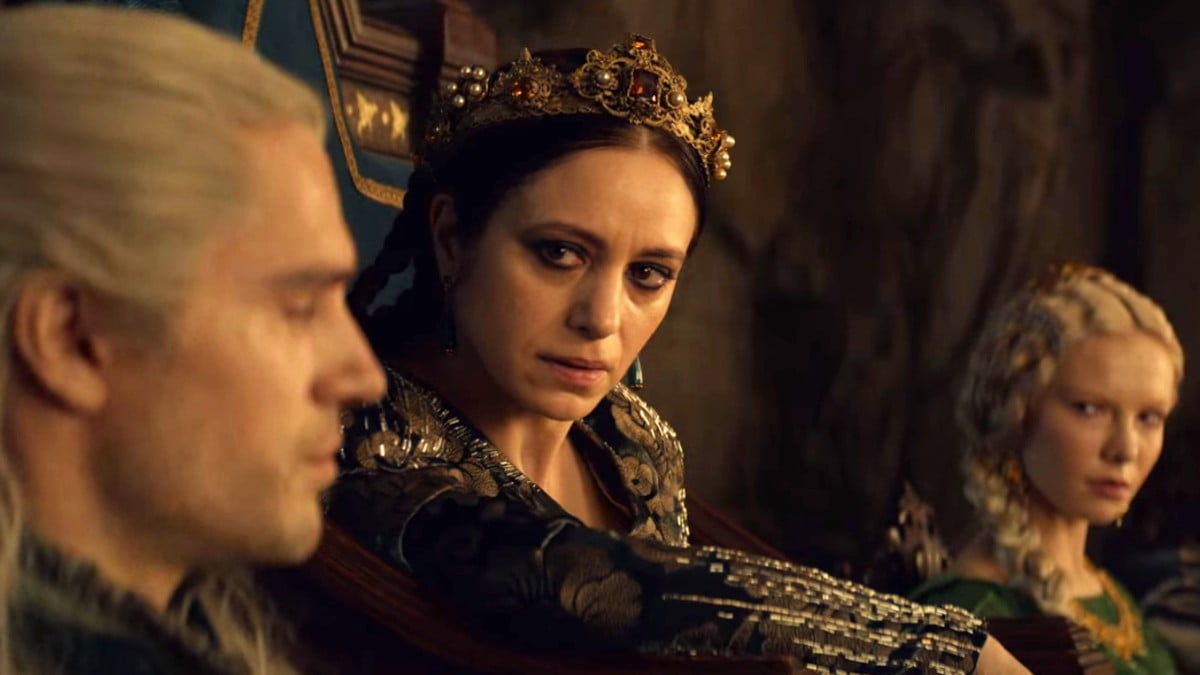 What Is The Law Of Surprise In The Witcher? (& How Are Ciri … 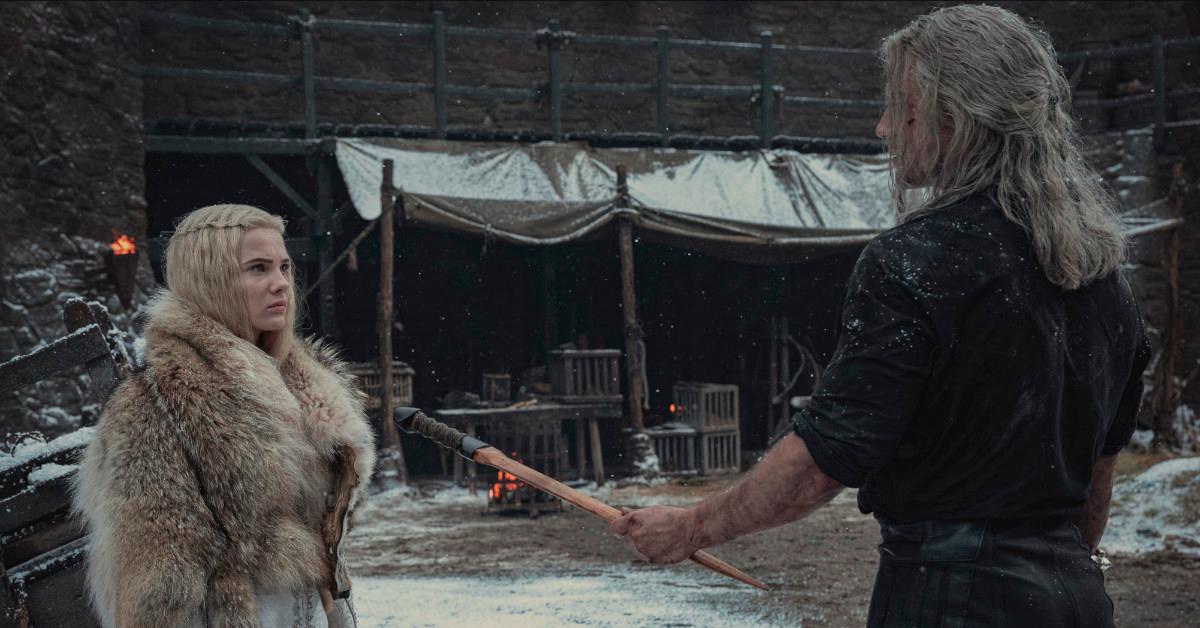 Geralt and Ciri Are Destined for One Another in 'The Witcher'

The Witcher 'Law of Surprise,' Explained: What Is It? – Vulture

Read More:  Top 10 jasmine from 90 day fiance nude pics They Hide From You

Frequently Asked Questions About how are geralt and ciri connected

If you have questions that need to be answered about the topic how are geralt and ciri connected, then this section may help you solve it.

How did Ciri and Geralt meet?

Ciri meets Geralt for the first time after wandering into a dangerous forest as a child. She’s almost killed by a giant centipede, but Geralt slays the monster, rescues her, and returns her to Cintra. It’s not until after the fall of Cintra that Geralt takes Ciri under his wing for good

How is Ciri the Witchers daughter?

Ironically, Geralt became Ciri’s adoptive dad because he saved her biological father. During The Witcher Season 1, the audience learned of the man that Ciri’s mother Pavetta (Agata Buzek) fell in love with

How is Yennefer connected to Ciri?

But Can Geralt have a child? Is Ciri his biological daughter? While the pair are bound by destiny, Ciri is not Geralt’s daughter. Geralt is a Witcher, and in the Netflix adaption, Geralt speaks of Witchers being sterile

Why is Geralt linked to Ciri?

Ciri was bound to Geralt by the ?law of surprise? promise her father Duny (Bart Edwards) made to the witcher for saving his life.

As a result, the law sometimes results in an unborn child being served up as payment, because the father didn’t know his wife/lover/mistress was pregnant ? this is a child surprise, like Ciri.

Does Yennefer get pregnant in The Witcher?

In fact, in the novels (and in the show) both Yennefer and Geralt are incapable of having biological children. For Geralt, the show affords him a wide landscape of emotions ? his story isn’t pegged to his ability to father children.

Why is Ciri’s father evil?

In books Emhyr’s father was murdered and Emhyr himself was cursed into a monster by an usurper to take over Nilfgaardian throne. Emhyr married Pavetta, princess of Cintra what resulted in birth of Ciri. The curse was lifted thanks to Geralt of Rivia.

Who is Yennefer’s true love?

Sadly, Yennefer was left fuming and believed she didn’t love Geralt and it was simply the djinn’s magic which was behind it. Yennefer is said to be Geralt’s true love, so it would suggest their feelings are genuine. Saying this, their romance will be a tumultuous one throughout The Witcher stories.

Is Pavetta pregnant with Geralt’s child?

With some coaxing, Geralt invokes the Law of Surprise, revealing that Pavetta was pregnant with a daughter ? Ciri of The Witcher books.

Why is Ciri’s blood special?

Ciri has Elder Blood because a certain elven sorceress named Lara Dorren fell in love with a human mage named Cregennan of Lod. Their daughter, later adopted by Cerro, the queen of Redania, was named Riannon. Ciri is the descendant of Riannon. Ciri’s Elder Blood is another reason the King of the Wild Hunt is after her.

What is the secret of Ciri?

She has a claim to the throne of Nilfgaard

In the novels, Ciri’s father, Emhyr, was the heir to the throne of Nilfgaard, giving Ciri a legitimate claim to the throne. Perhaps this is the reason her grandmother, Queen Calanthe of Cintra, closed the borders and kept Ciri hidden from the world.

Why is Princess Cirilla so powerful?

While Elder Blood comes from elven blood, it is a very specific type of elven blood that is carried down only through one line. Although most thought that this specifically powerful magical gene died with the famous Lara Dorren, it in fact survived through the generations and came to its maximum potential within Ciri.

She’s learned that Ciri is part elf, the child of Elder Blood foretold in an ancient elven curse meant to bring vengeance upon the humans.

Video About how are geralt and ciri connected