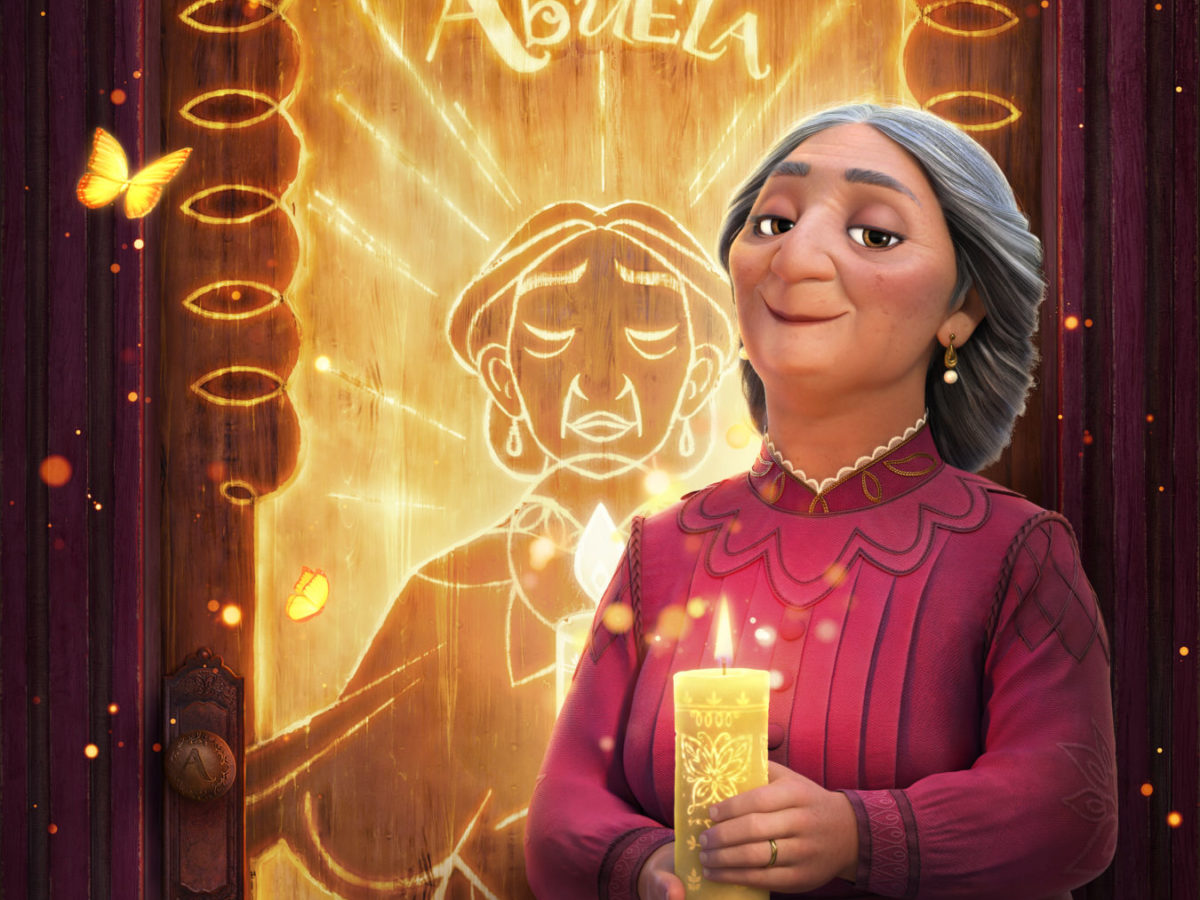 Though it appears that Mirabel doesn’t get a gift in Encanto, the film’s opening song may subtly reveal the character’s true power. Mirabel Madrigal (Stephanie Beatriz) doesn’t seem to catch a break in Disney’s Encanto. Mirabel’s family members all get magical gifts from a miracle Abuela Alma (María Cecilia Botero) received on the night her husband died. However, Mirabel doesn’t receive a gift during her childhood ceremony, and the lack of powers strains her relationship with Alma. Of course, Mirabel’s lack of gifts ultimately motivates her to help her family when their magical house begins to crack. All the movie’s most crucial plot points are punctuated by songs from the Encanto soundtrack, which comes from Hamilton’s Lin-Manuel Miranda. The entire soundtrack has also spent multiple weeks at the top of the Billboard 200 albums chart.

Aside from how the Encanto soundtrack clearly resonated with audience, one song reveals more about Mirabel’s gift. Mirabel’s lack of gifts defines her life, but a theory about Encanto’s opening song may change things. Mirabel kicks off Encanto by introducing her magical family in the opening song, “The Family Madrigal.” However, one lyric in the song is especially telling. Mirabel sings about her sisters during the song, saying, “The beauty and the brawn do no wrong.” A fan theory (via Reddit) points out that the only thing missing from that statement is the “brains” – Mirabel’s gift. Indeed, the reason why Mirabel doesn’t get powers in Encanto is that she already had the brains to take over as the family leader after Abuela Alma. Therefore, the miracle didn’t need to give her an additional gift.

Encanto’s Mirabel Has Always Had Her Gift

The Encanto fan theory seems to fill in significant gaps in the film. Since Mirabel has two sisters representing beauty and brawn, it makes sense that her gift is brains/smarts. After all, having a female trio with beauty, brawn, and brains is a common trope in storytelling. However, Encanto puts a twist on it by not calling Mirabel the brains. Throughout Encanto, Mirabel has the nerve to figure out why the magical house is cracking, and she doesn’t need supernatural gifts to accomplish her goal. Mirabel’s gift is her intelligent determination, and she had that all along.

While the ending reveals Mirabel as the future leader of the Madrigals, it’s unclear why she never received powers. Though Mirabel’s gift being her intelligence makes sense, another theory postulates that Mirabel sabotaged her own ceremony in Encanto. Regardless, Mirabel will lead her family and her village into the future, and it’s reassuring that the Madrigals have the beauty, brains, and brawn to make that future whatever they choose.

Encanto‘s runaway success has resulted in various other Mirabel fan theories that not only make sense, but also give the character much more depth, and some theories are darker than others. For instance, one theory suggests that upon touching the doorknob, Mirabel unwittingly and instantly activated her gift: the power to bend and manipulate reality. Similar to Mirabel’s Aunt Pepa, whose control over the weather is dictated by her emotions, Mirabel’s fears about not getting a gift could have prompted everything and everyone around Mirabel to change with her perspective. In this dark Encanto Mirabel fan theory, the entire Madrigal family and the whole town are trapped in Mirabel’s fantastical nightmare-turned-reality, which also accounts for the musical aspect of the movie.

Read More:  Top 10 best horror movies of 2021 reddit They Hide From You

Indeed, Casita cracking apart could’ve been a result of Mirabel seeing her cousin Camilo getting a gift after she presumably didn’t get one, which could’ve triggered Mirabel’s gift to go crazy. Curiously, this particular theory makes Encanto a child-friendly version of the MCU’s WandaVision, in which Scarlet Witch subconsciously controls the minds and assigns a made-up reality to the entire town of Westview. Meanwhile, another Encanto theory suggests that when Mirabel reaches for the door during the ceremony, the door didn’t disappear, but rather, it became the new front door to the Madrigal’s magical home. This theory is supported by several facts. During the ending of Encanto, Abuela Alma reveals that she asked Pedro for help and that Pedro responded by sending Mirabel.

Moreover, Encanto ends with Mirabel’s image being carved onto the front door of Casita, which suggests that the very entrance to Casita was Mirabel’s all along. Indeed, despite having no apparent gifts, Mirabel is the one that Casita responds to the most. Whether these theories reveal the truth about Mirabel or not, what’s clear is that Encanto has managed to capture the imagination of its viewers, which bodes well for Disney’s possible plans to make Encanto 2.

The Theory Is Fun, But Misses The Point Of Encanto

The whole point of Encanto is that Mirabel doesn’t need a gift – she is the gift – Mirabel’s name even means “wonderful.” All the family is better for Mirabel’s presence – without her, the Madrigals wouldn’t have been able to work through their issues, and the family might have lost Casita in the Encanto ending. Mirabel receiving a gift would have undermined the movie in a lot of ways. A key lesson learned by Abuela Alma, for example, is that Mirabel is an important member of the family even without a power and that the Madrigals are more than their gifts. If Mirabel gets a gift at the end anyway, then the lesson would be entirely lost on Abuela, who needed to learn to accept how the next generation does miracles differently.

Indeed, Encanto may be a fantastical take on family dynamics, but at its core, it’s about putting intergenerational trauma into context, grounded in the history of many real families. While Abuela Alma needed to stop emotionally abusing Bruno and Mirabel for not living up to her high expectations, Bruno and Mirabel needed to learn about how Abuela’s expectations are rooted in protecting not just their family but their whole community from civil unrest. Just like Encanto‘s civil war, which was inspired by true events, Mirabel’s lack of magical powers is essential to the movie’s core narrative. In fact, it’s clear why the miracle chose Abuela Alma in the first place – her tenacity, determination, and intelligence made her the ideal leader and protector for her entire community. Whatever the fan theories say, Mirabel’s gift is how she proved that the Madrigals don’t need magic to accomplish great things – just like her Abuela. 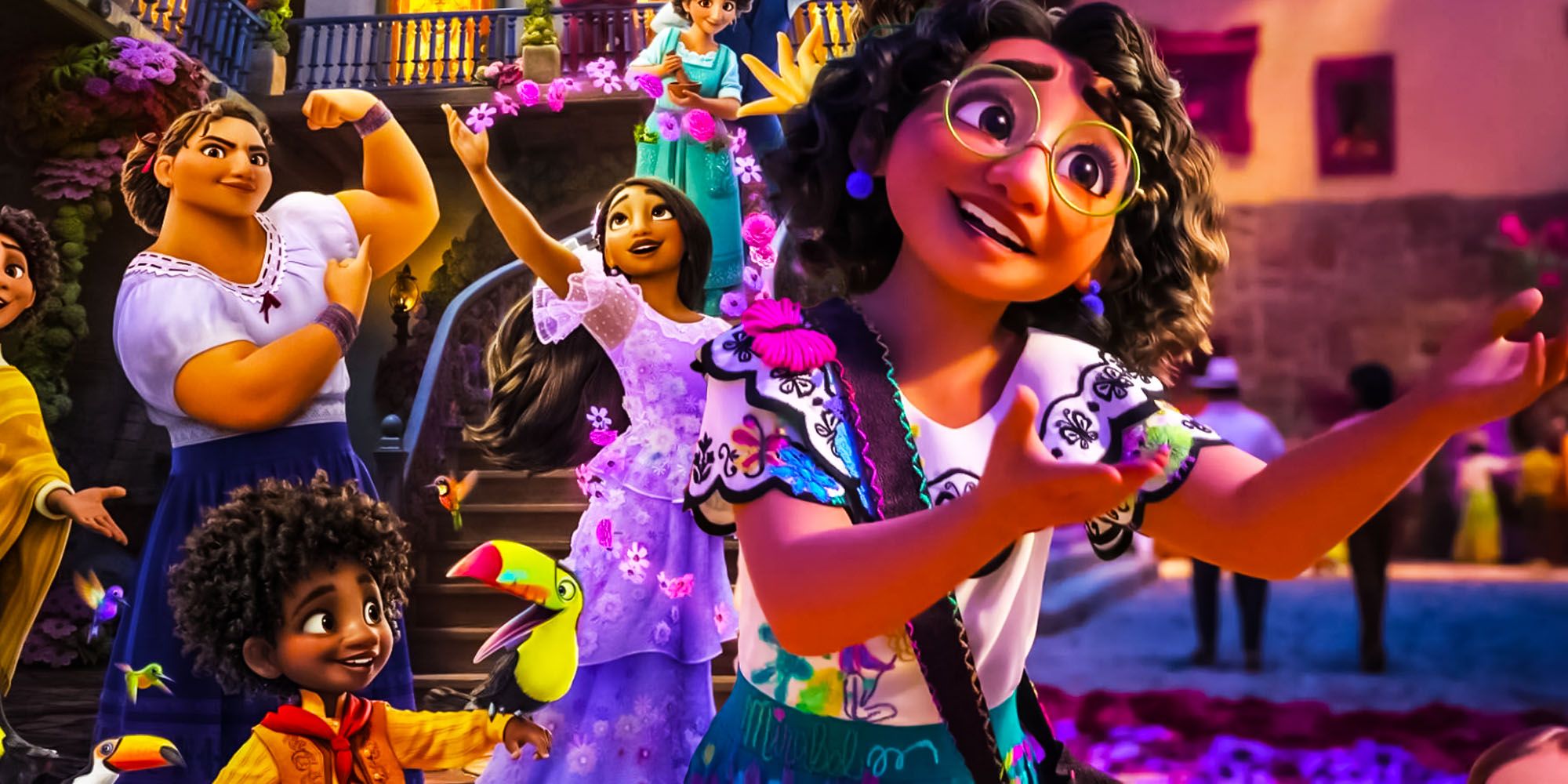 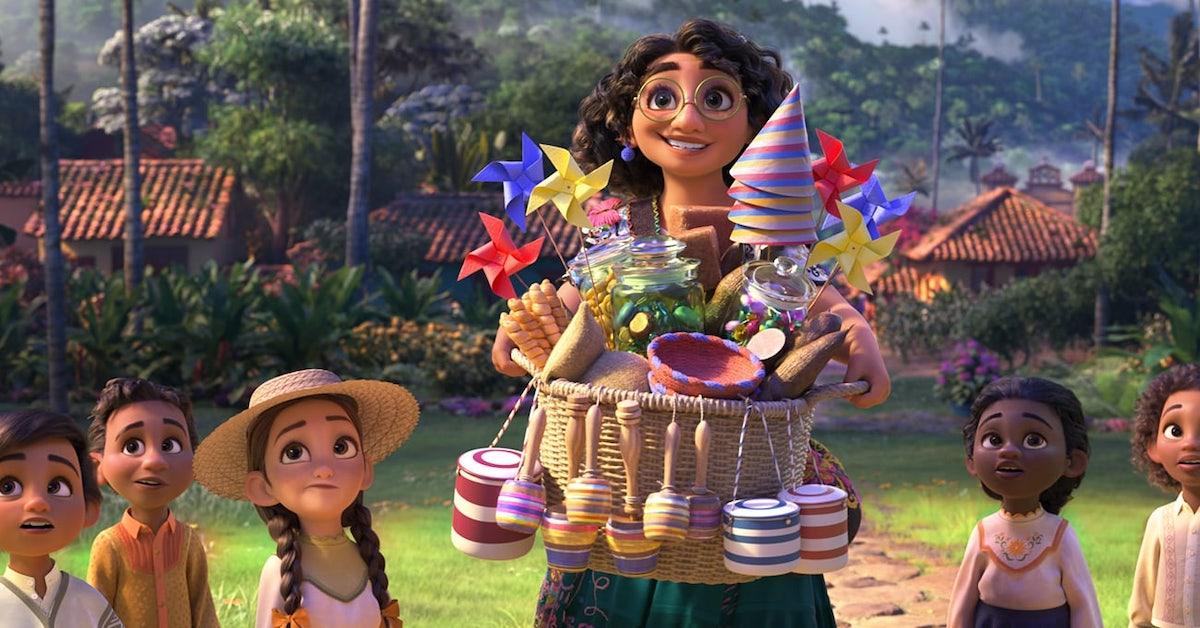 Does Mirabel Really Not Have a Gift in 'Encanto'? [SPOILERS] 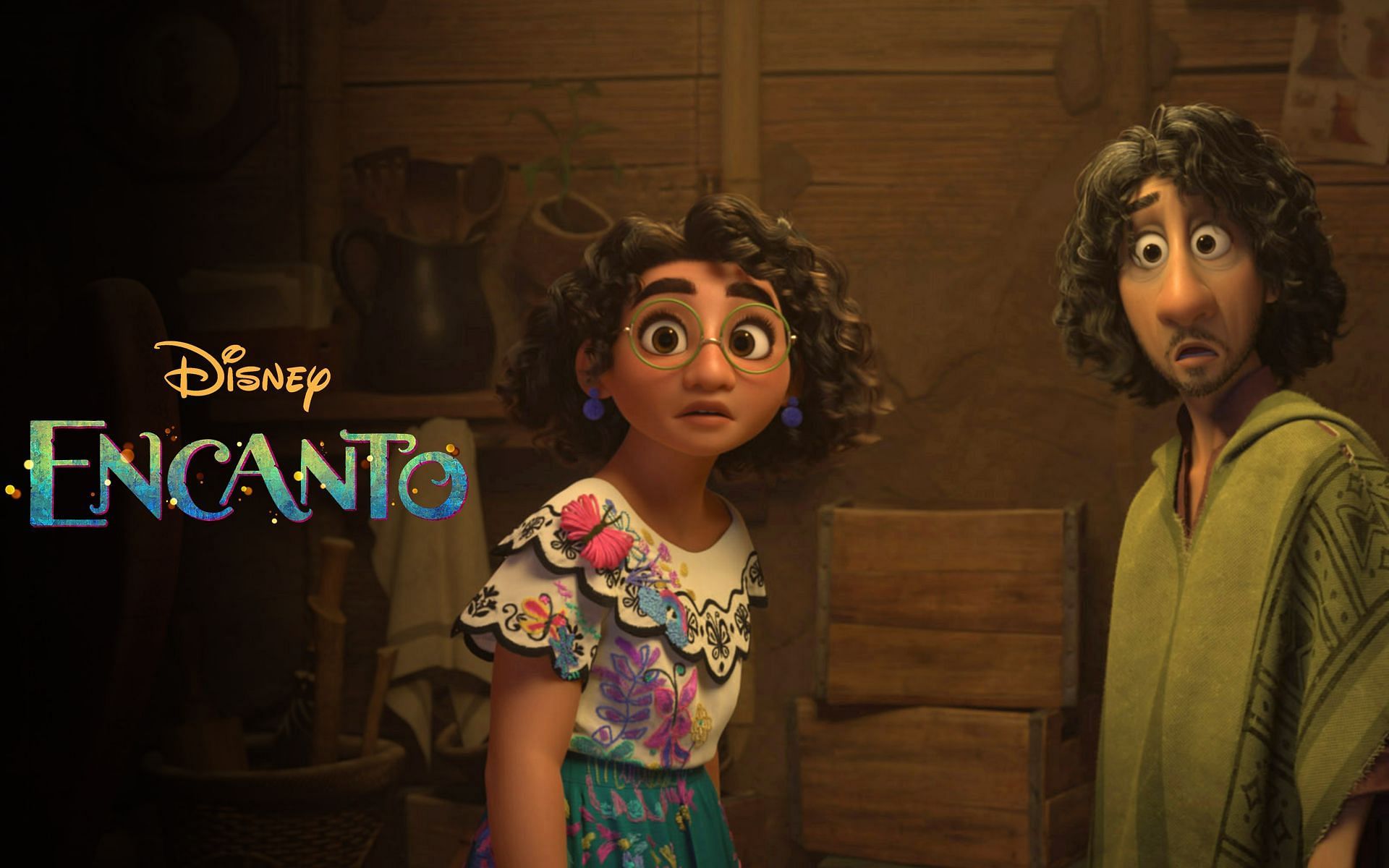 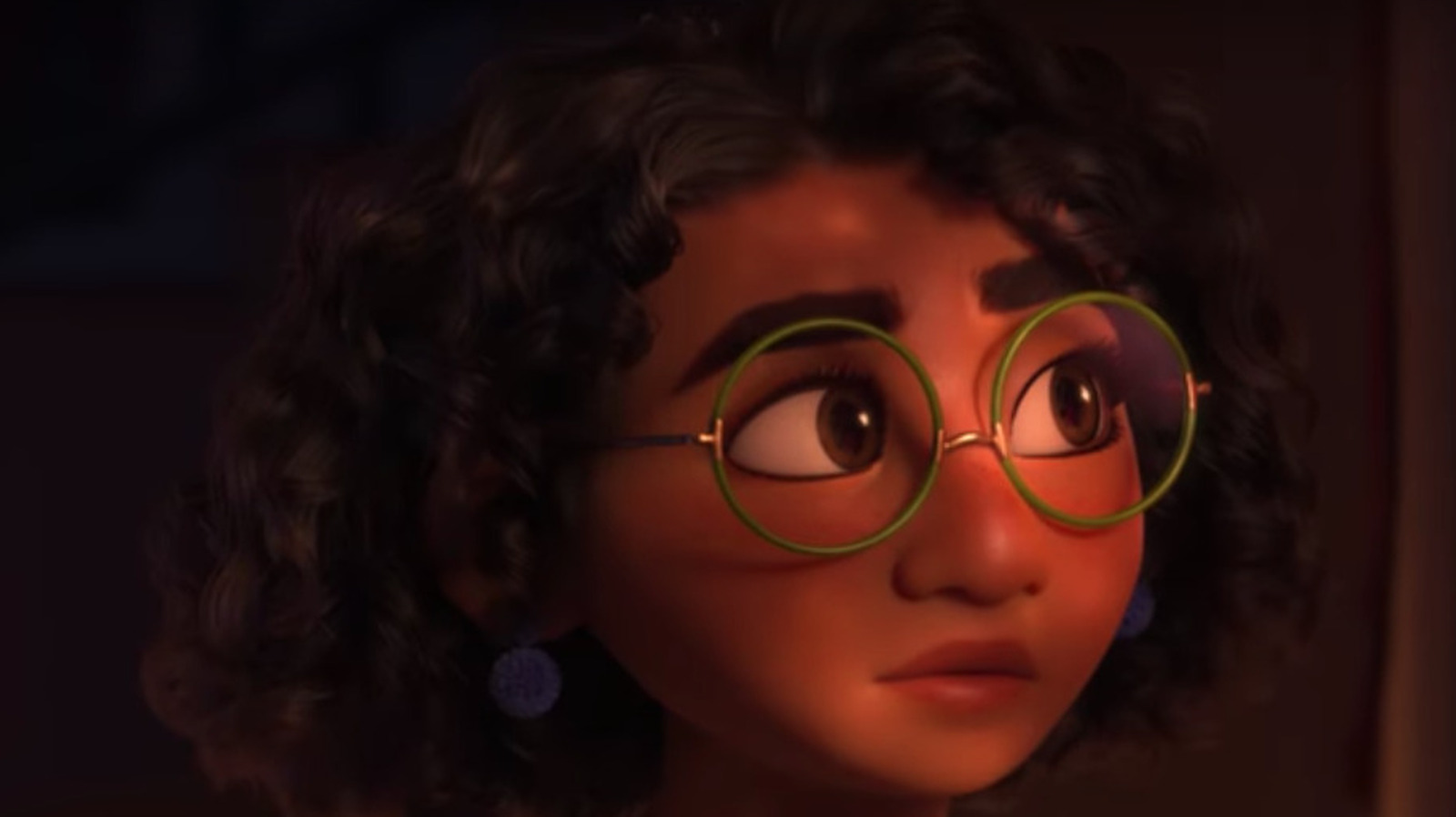 The Ending Of Encanto Explained – Looper

Did Mirabel Ever Get a Gift in Encanto? – We Got This Covered 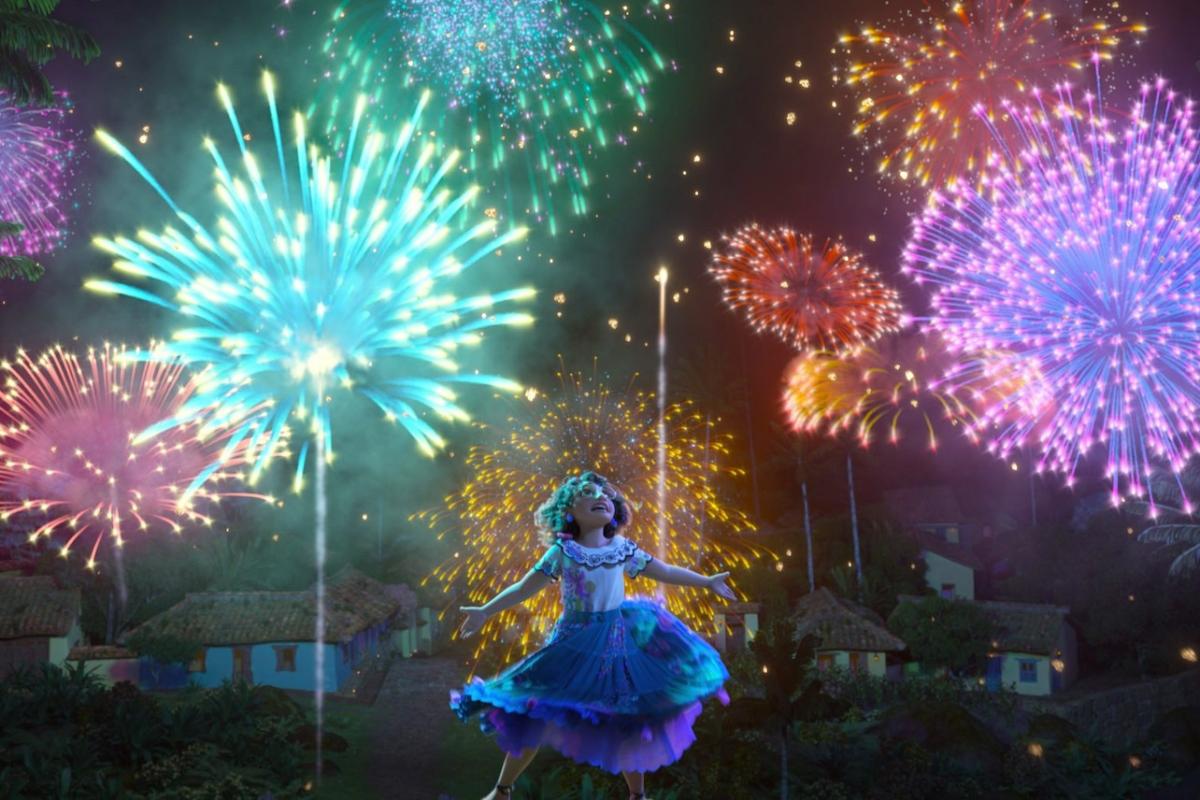 'Encanto' Ending, Explained: Does Mirabel Get a Gift … – Decider

Read More:  Top 10 the cook of castamar book goodreads They Hide From You

Frequently Asked Questions About mirabel encanto gift at the end

If you have questions that need to be answered about the topic mirabel encanto gift at the end, then this section may help you solve it.

Did Mirabel get her gift at the end?

This makes her feel like she doesn’t fit in with the rest of her family and like she can’t contribute in the same way others can. But while it may seem that Mirabel is the only one in her family not to receive a gift, by the end of the movie it turns out that she actually had one all along.

Did Mirabel get a gift in Encanto?

Mirabel’s family members all get magical gifts from a miracle Abuela Alma (María Cecilia Botero) received on the night her husband died. However, Mirabel doesn’t receive a gift during her childhood ceremony, and the lack of powers strains her relationship with Alma

Why didn’t Mirabel get a gift at the end of Encanto?

Casita didn’t give a gift to Mirabel because that would have rewarded Abuela for her manipulation, as she pushed for Mirabel to exist just to add more powers to the family ? but as Casita also loved the family, it didn’t leave Mirabel entirely powerless, and it gave her its own magic, allowing her to communicate with ..

Does Mirabel get a door at the end of Encanto?

Encanto’s Mirabel didn’t get a door and a room because she didn’t get a gift, but Abuela was also powerless and had her own door ? and here’s why

What is Mirabel’s door at the end?

Once the house is fully mended, they hand Mirabel a doorknob with an ?M? on it. She puts the doorknob on the front door and turns it and the house returns to its magical glory (and the powers return to the family members). As it turns out, Mirabel’s gift was saving the family (and the casita).

Why does Mirabel’s door disappear?

Many fans have concluded that her gift is to keep the family, and the Casita, together and thriving. Perhaps when the door disappeared at her ceremony, it’s because some power from the house flowed inside of her, to be used to animate Casita again after it crumbled.

What is Mirabel actual gift?

What is abuelas power in Encanto?

Abuela Alma doesn’t possess any particular gift, due to being the one who found the miracle that blessed the Madrigal family in the first place. Instead, she is in charge of all magic of the family.

Why did Mirabel’s door not open?

Every other person in her family got to open their door, receive their gift, and get a gigantic magical room that’s the stuff of dreams. But NothingReallyAndYou reveals that, actually, Mirabelle doesn’t get a door or a room because the entire Casita is hers. Her gift was the magic in the very walls of the Casita.

Why is Mirabel destroying the magic?

The eventual destruction at the end comes because of Mirabel’s argument with Alma. The basis of her argument is that Alma is the reason that the family is coming apart. Mirabel blames her excessively high expectations as the reason for Luisa’s stress and her other sister, Isabela’s (Diane Guerrero), pent-up emotions.

Will there be an Encanto 2?

At the time of writing, Disney has not confirmed any development on Encanto 2, nor are any known spinoffs in the works. However, fans wishing for a sequel to happen shouldn’t lose hope. Frozen’s sequel came out six years after the original, so there’s plenty of time for an Encanto sequel to pop up.

Who is the villain of Encanto?

Who is older Isabella or Luisa?

Born into the Madrigal family, Isabela is the eldest daughter of Julieta and Agustín, and the older sister of Luisa and Mirabel.

Why was Mirabel given the doorknob?

After the realization, the Madrigals, with the help of all townspeople, build their casita (house) from its ruins. Bruno returns to the family and Mirabel is revealed to be the key that holds the family together. At the end of Encanto, the family creates a doorknob for Mirabel to open their new house with.

Video About mirabel encanto gift at the end