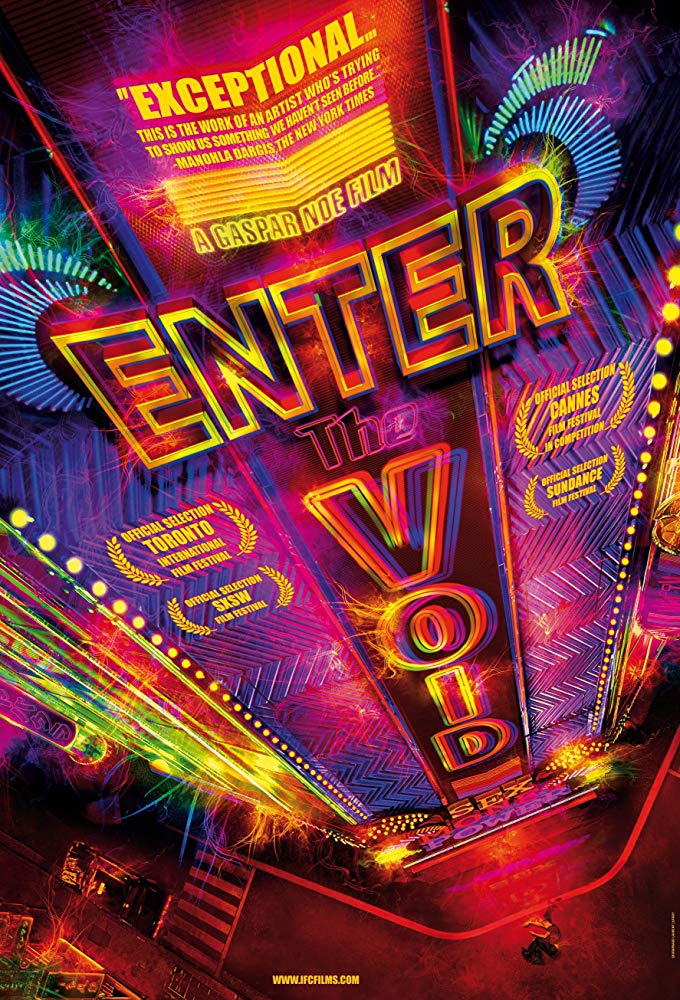 ovies That Will Make You Question Reality, According To Letterboxd

The recently released A24 film Everything Everywhere All at Once gave viewers its dizzying version of the wild multiverse, likely leaving fans wondering about their own reality. A Letterboxd list enumerates similar mind-bending movies, with only the best ones getting the highest ratings from users on the social media platform for film buffs.

From the confusing perspective in Perfect Blue to the powerful political commentary in Parasite, there’s more than one way that films can get audiences to question their realities. The top-scoring mind-blowing movies on the platform are almost always immersive masterpieces that have left their mark in the film industry for all the right reasons.

Available to rent on Apple TV.

When a pop idol retires to pursue an acting career, she doesn’t expect to become the victim of a mysterious fan who won’t stop stalking her in Perfect Blue. Things escalate quickly after a series of gruesome murders makes her question her role in the situation and who is actually responsible for the violence around her.

The riveting psychological thriller is still worth watching today, as its gripping plot and well-written characters are just a few of its aspects that still hold up. Viewers will feel just as confused as the frightened protagonist who begins to have a hard time distinguishing between fact and fiction.

Available to stream on Prime Video.

Set in 1930s Korea, The Handmaiden tells the story of a young woman who goes to work for a rich but reclusive heiress on her vast estate. She has ulterior motives and is scheming to take some of the family’s wealth for herself, but soon finds that she doesn’t have as much control over the situation as she thought.

The young nurse Alma is sent to live in a cottage with renowned stage actor Elisabet Volger in Persona, as she requires care after she seemingly lost her ability to speak. While taking care of her, Alma becomes comfortable enough to share some of her darkest secrets and desires, but soon finds that she’s being absorbed into Elisabet’s persona.

The slow-burning psychological thriller film deals with philosophical themes like identity and duality, with its disconcerting narrative becoming more unsettling as Alma loses her grip on reality. Just like the protagonist, audiences won’t be able to tell who’s who as the two slowly become one.

In the world of Stalker, there exists a place called “the Zone” that defies the laws of physics and houses a room that can grant someone’s innermost desires. The sci-fi movie follows the titular character as he guides a writer and a professor through the treacherous area while learning more about their goals and life stories along the way.

The art film tackles hard-hitting subjects like humanity’s propensity for excess, violence, and greed. As its characters go deeper into the Zone, the wilder the environment around them becomes, reflecting the state of their psyches. It’s an unusual movie that’s not for everyone, but those who enjoy its exploration of philosophical concepts may find that it’s one of their favorites.

Read More:  Top 10 who is tara lipinski married to They Hide From You

The final entry in the Lord of the Rings trilogy wraps up the characters’ arcs in an exhilarating way, with The Return Of The King showing the end of the exhilarating storylines from the first two films. From the climactic events in Mount Doom to the battle against Sauron’s legions, the epic fantasy movie depicts the exciting conclusions to the narratives that fans have been invested in for years.

The award-winning film warps viewers’ reality with its unique brand of high fantasy, which continues to set the standard for other popular movies in the genre. It’s easy to forget everything else and feel captivated by the last leg of Samwise and Frodo’s magical adventure, especially with the stakes being higher than ever before.

The second entry in the trilogy of the same name, The Dark Knight revolves around Batman’s experiences in the crime-filled Gotham City. He works with Police Lieutenant James Gordon and District Attorney Harvey Dent to target organized crime, but they soon encounter a new, more unpredictable criminal who will test their limits.

Fans can’t be blamed for feeling that their reality is bleaker than before after watching the grim film. Its pessimistic view about the frailty of human morality is disheartening and can bleed into the real world. The movie does a great job of giving a genuinely immersive experience, as audiences explore the dangerous streets of Gotham alongside Batman.

Available to rent on Apple TV.

Miles Morales was shooting webs across the multiverse before it was cool in Spider-Man: Into the Spider-Verse. The gorgeously animated film thrusts the protagonist into the wacky universes where he meets a variety of Spideys. They all have to devise a plan to take down the evil Kingpin before it’s too late.

With its stunning visuals and fast-paced sequences, fans will feel like they’re right next to the action in the critically-acclaimed superhero movie. Each new world is original and unpredictable, which may have some audiences hoping there are some exciting universes out there that parallel their own realities.

Ten-year-old Chihiro is forced to brave a whole new reality in Spirited Away, as it’s up to her to reverse the witch Yubaba’s curse on her parents. She encounters both charming and fearsome beings in the world of Kami, with her experience teaching her more about herself and what she’s capable of.

The Studio Ghibli film has the signature beautiful art style that fans know and love, which is more than enough to enthrall even viewers who aren’t familiar with the animation company’s works. The intriguing idea that there’s a mystical world hidden within the real one will probably leave some audiences wishing they could explore it as Chihiro does in the renowned movie.

Everything Everywhere All at Once is a movie about a messy family whose lives are forever changed when the protagonist Evelyn Wang is thrust into the multiverse. She’s the only one capable of stopping the frightening Jobu Tupaki, but she has a hard time believing that she’s the right variant for the job.

The A24’s exciting take on the multiverse and stunning portrayal of it in the film will have viewers mesmerized and wishing they had the ability to “Verse-jump” like Evelyn. The aspect of the movie that will raise questions about one’s own reality could be its more emotional message about valuing the things and people that truly matter. It also suggests sillier ideas like what if there’s a rock or pinata version of oneself out there?

Available to stream on Hulu.

The comedy-thriller movie Parasite took the world by storm when it was first released, as its wildly entertaining and powerful story about a lower-class family infiltrating a wealthier family’s household sends an important message about class structure.

It’s one of those movies that should be seen for the first time knowing little to nothing about its well-written plot, as there’s a major twist that transforms the entire viewing experience. The film will have viewers questioning the status quo in a political way, as its narrative serves as a bold commentary on the inequality that exists and affects people in the real world today. 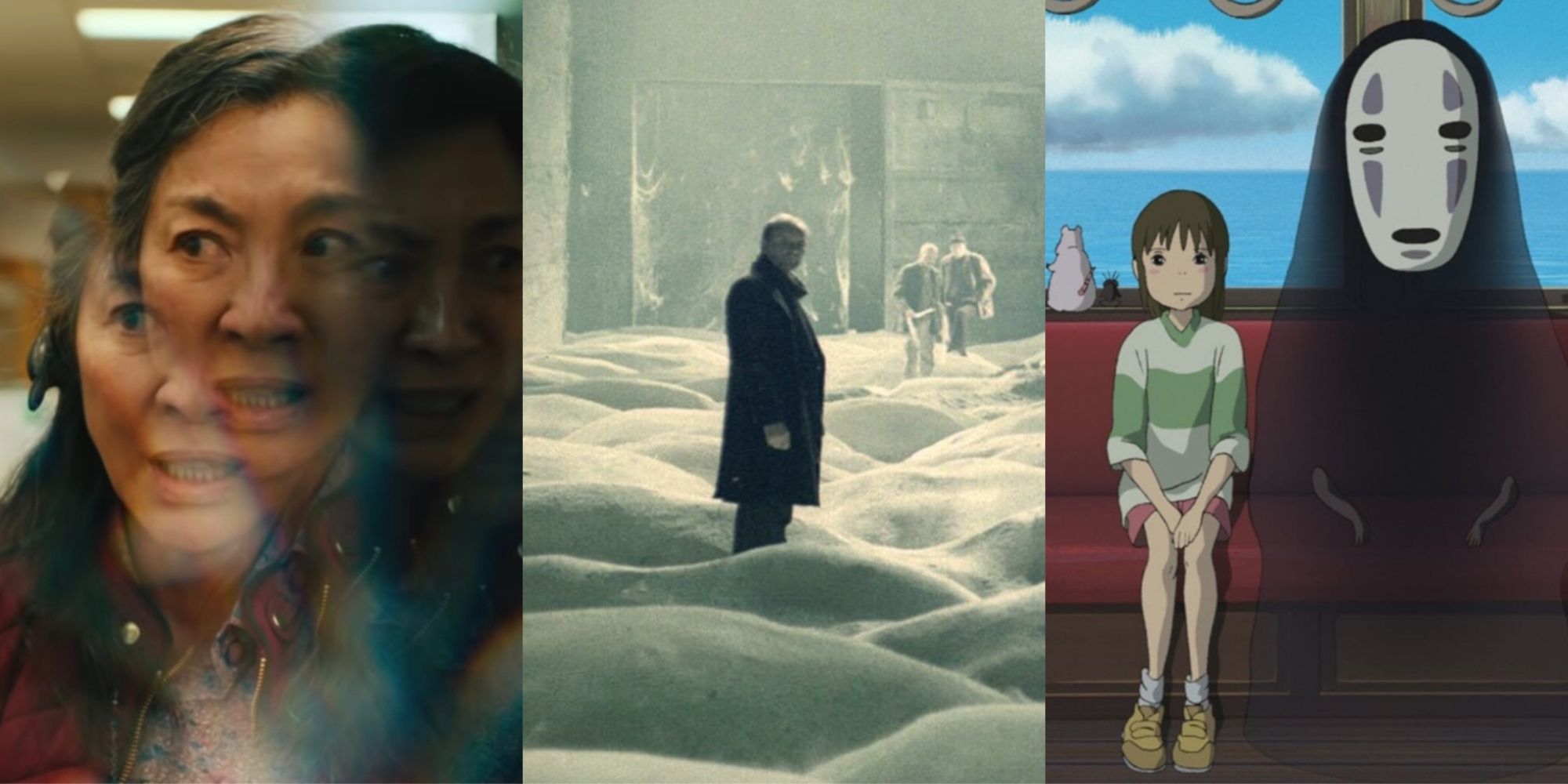 10 Best Movies That Will Make You Question Reality …

Read More:  Top 10 is laura from family matters dead They Hide From You 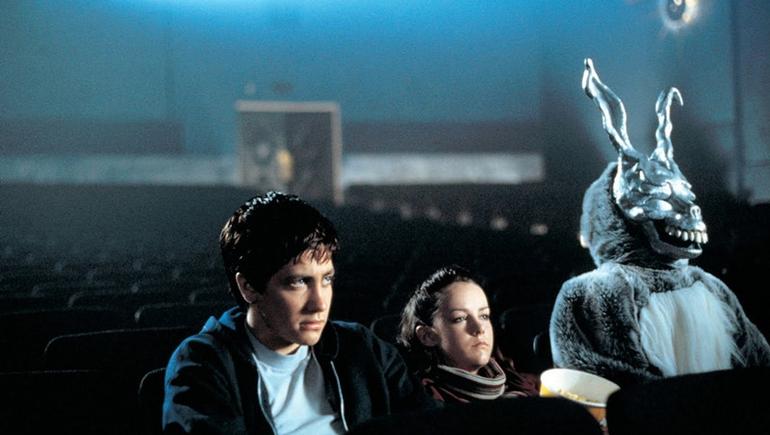 32 Movies To Make You Question Reality And Existence!

Mind-Melting Movies That Will Make You Question Everything 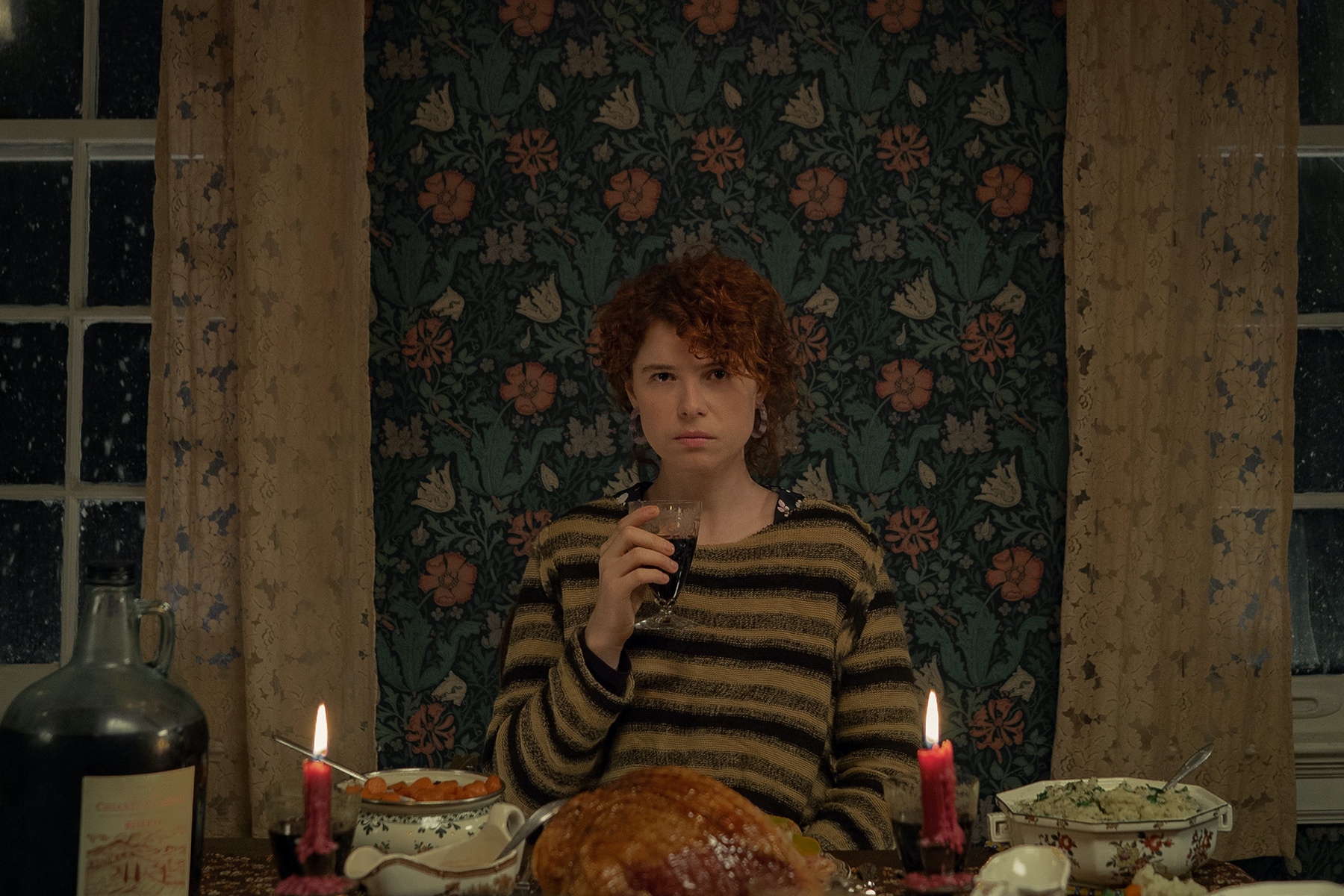 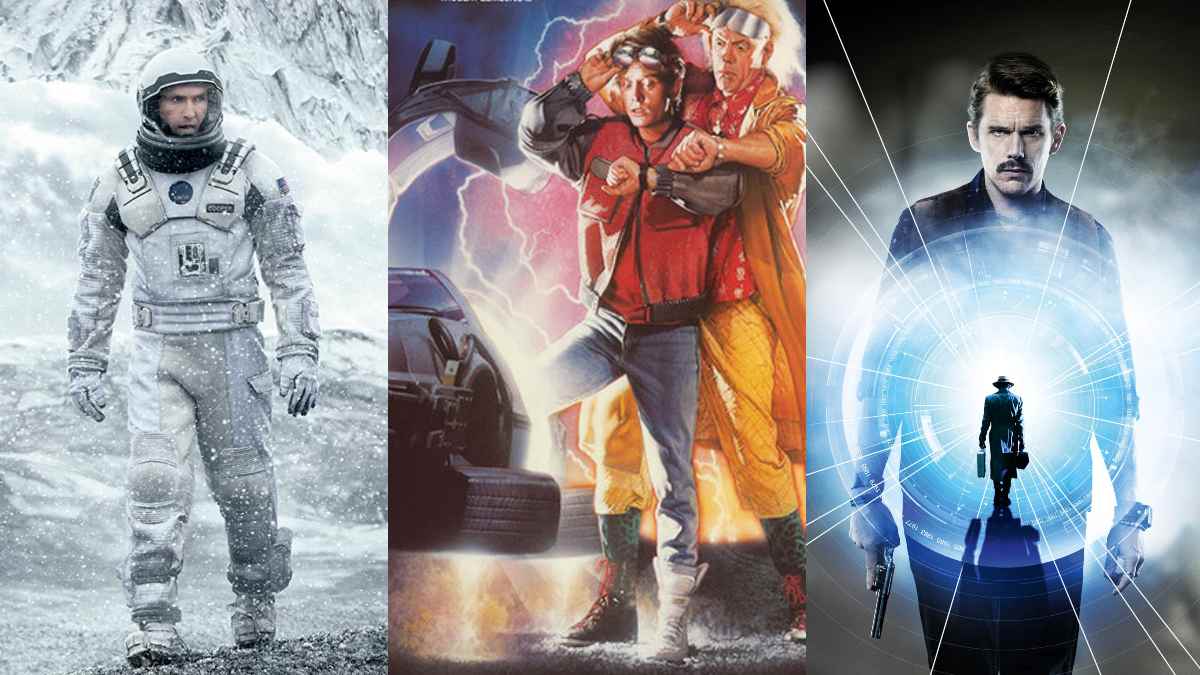 Frequently Asked Questions About movies that make you question reality

If you have questions that need to be answered about the topic movies that make you question reality, then this section may help you solve it.

How do movies affect our perception of reality?

The way in which we perceive the fictional characters of movies has a direct impact on what we expect reality to be like. It changes our perspectives and as a result we have unrealistic or unreal expectations. Take the popular movie trilogy ‘Batman’ as an example.

What is the movie where they are in a simulation?

Which other movie names come to your mind?

Occasionally a movie comes along that burrows into your brain and stays with you long after you leave the theater….Here are 15 Movies That Really Will Make You Think.

Film can be used to reach a wide audience, to inform and inspire change through engaging audiences and reflecting society. Social film drama unites people in a common sense of humanity and shared responsibility, which gives it added power to help foster positive change.

Some argue that films and photographs can indeed lie — they can be doctored, staged, or faked in many ways. However, this very practice confirms the dominant belief that photographs are evidence.

Can movies change your perspective?

Movies can have an impact on us in several ways. Some movies can even change our perception of the way we see ourselves and the world around us. Movies are such a great way to learn and gain new insights into life.

5D Cinema is a form of film art expression developed on the basis of 4D Cinema. It contains all the functions of 4D theater. 5D theater uses seat effects and environmental effects to simulate lightning and thunder, wind, frost, rain and snow, and explosion impact.

What is the movie called with virtual reality?

That’s the premise of Ready Player One, a work of science fiction from 2011 by Ernest Cline and now a movie by Steven Spielberg. Wade Watts, the story’s protagonist, is born into a generation that feels failed by reality. The only thing making life bearable is the OASIS, a globally networked virtual reality world.

What is a movie that every should see?

Some movies are picked up from real-time stories of people, some are inspired by a random thought, some are fiction and some are abstract, but no matter what the genre, they always have a message to deliver. These movies that we watch mirror our daily lives; they impact our thoughts and how we function.

?Definitely. People follow what they see, films can manipulate the mindset of the audience,? adds Mishra.

Why do movies feel so real to me?

Why do I keep watching true crime?

?Watching true crime doesn’t make you strange or weird,? Dr. Childs says. ?It’s human nature to be inquisitive. True crime appeals to us because we get a glimpse into the mind of a real person who has committed a heinous act.?

What is the most scientifically inaccurate movie?

That main plot point is what makes the film so scientifically inaccurate. For scientists in real life to recreate dinosaurs from preserved DNA, you would need a whole genome to replicate?and scientists don’t even have a small bit of dinosaur DNA, according to the BBC.

What movie do people think real?

After a chain of spooky events and lots of fighting between the trio, the aspiring filmmakers end up in a spooky house with their fates unknown. The film’s success with tricking audiences to think it was real came down to marketing and production.

Is it normal to sleep to true crime?

Video About movies that make you question reality