Pokemon Legends Arceus takes Trainers to a pre-Sinnoh region known as Hisui, where several new Pokemon, evolutions, and Hisuian forms await for you to catch on your journey. Here’s a list of every one you need to know about to keep an eye out for as you fill out your Pokedex.

While exploring the vast open world of Pokemon Legends Arceus, you’ll come across all manner of ‘mon that are roaming around, from Noble Pokemon who are Frenzied to the game’s new Hisuian forms.

Whether you’re wanting to find out all about Hisuian Braviary, Wyrdeer, Basculegion, or another ‘mon, here’s everything you need to know for Pokemon Legends Arceus.

Legends Arceus features a new category of Pokemon known as Nobles. These guardian-like creatures have been sent into a frenzy for some reason, and Trainers will have to defeat them in difficult boss fights.

The first Noble to be revealed is Kleavor, a strong Bug/Rock-type that’s actually a new evolution for Scyther. In a trailer shared back on September 28, Kleavor was referred to as the ‘Lord of the Woods’.

Each ‘mon’s redesign stats relatively faithful to their usual forms.

It was rumored for a long time that the three starters in Pokemon Legends Arceus (Oshawott, Rowlet, and Cyndaquil) would get Hisuain forms for their final evolutions, and now, we can finally get them on our teams.

Previously, only silhouettes of Hisuain Samurott, Hisuian Decidueye, and Hisuian Typhlosion had been revealed, but we can now see that their designs follow their original look relatively closely.

It was revealed in a ‘found footage’ style teaser that both Zorua and its evolution Zoroark were to get Hisuian forms in Pokemon Legends Arceus. They have a white-and-red color scheme and live in the mountains.

The Unova-region Pokemon were pure Dark-types in their original forms, but these new regional variations are Normal/Ghost-type. Locating them in-game will take a fair bit of tracking, so make sure to utilize our guide to find them as quickly as possible.

Once Petilil has evolved in Legends Arceus, the Pokemon’s new Hisuian form is available.

An elegant-looking Grass-type Pokemon, Hisuian Lilligant’s initial form, Petilil, is available to catch early on in the game after you’ve defeated the first Frenzied Noble.

To get it yourself, though, you’ll need a Sun Stone. Our Petilil evolution guide has everything you need to know to add it to your team.

The iconic Poke Ball-inspired Voltorb also got its very own Hisuian form in Legends Arceus, too. This regional form is a Grass/Electric-type, and more closely resembles the wood Poke Balls used in the region it roams.

As such, there’s also a Hisuian version of Voltorb’s evolution, Electrode, but it no longer evolves automatically upon reaching Level 30. This time, Trainers will need a Grass Stone.

The Hisuian form of Avalugg received a brand new look in Legends Arceus.

The dual Ice/Rock-type Pokemon has one of the highest overall defense stats in the game despite being rather slow, making it an absolute must to keep an eye out for to add to your team if you’re looking for a ‘mon that can stand up to all kinds of tough enemies throughout Hisui.

The majestic Hisuian form of Braviary, a species originally from the Unova region, comes to Hisui in the winter and can use its screeches with Psychic power to generate shockwaves and attack other Pokemon.

As you may have guessed from this information, Hisuian Braviary will be a Psychic/Flying-type.

In Pokemon Legends Arceus, Sliggoo and Goodra both have their own Hisuian forms. Rather than being pure Dragon-types, these two adorable ‘mon are instead dual Steel/Dragon-types, giving it more viability to add to your team with its wider move pool.

Wyrdeer is an evolution of the Johto region’s deer Stantler that has strong ties to the local people of Hisui and has been respected in the land since ancient times. It’s confirmed to be a Normal/Psychic-type.

The fur on this Pokemon’s beard, tail, and legs is often used to make clothing to keep the people of Hisui warm in the winter. Trainers can also ride on Wyrdeer’s back to travel quickly across the land.

Sneasler is a brand new Pokemon.

One of the brand new Pokemon to arrive in Legends Arcus, Sneasler evolves from the new Hisuian form of Sneasel, who is a dual Fighting/Poison-type ‘mon.

To be in with a chance of adding them to your team, though, you’ll need to defeat three Noble Pokemon before being able to locate it in the Coronet Highlands. 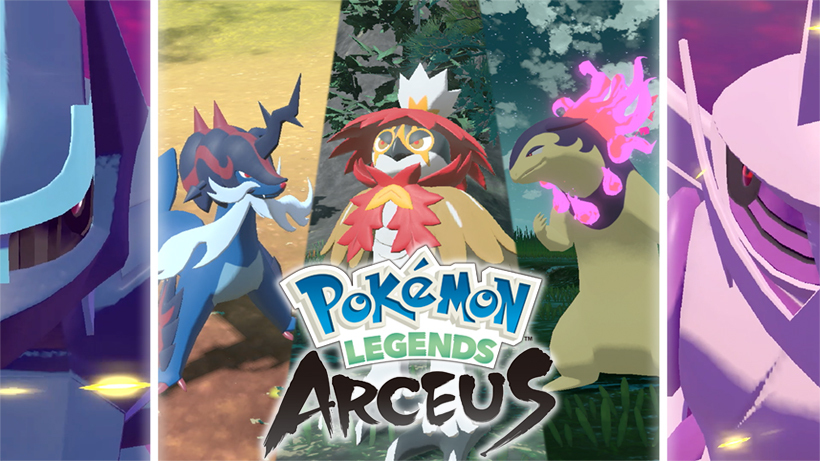 Basculegion is an evolution of the Unova region’s Basculin, with a very dark backstory: It only evolves after being possessed by the souls of other Basculin that have perished while making the journey upstream.

Trainers will be able to swim on Basculegion’s back to travel through the region’s lakes and rivers, thanks to this Pokemon’s powerful swimming abilities. It’s an unusual Water/Ghost-type.

Once ready to evolve, Qwilfish’s Poke Ball will flash.

The Gen 2 Pokemon, Qwilfish, has received both a brand-new Hisuian look in Legends Arceus, along with a new evolution: Overqwil.

Evolving it will take some time, though, as you’ll need to use Qwilfish’s Barb Barrage 20 times in Strong Style before you can get your very own Overqwil.

Kanto fan-favorite Growlithe also has a Hisuian regional form in Pokemon Legends: Arceus. This adorable Fire/Rock-type is described as a very wary Pokemon that’s overly protective of its territory.

Soft fur insulates its body so it can thrive in the chilly region of Hisui, while the horn on its head is made of easily broken rock, so it only uses it to attack enemies when absolutely necessary. Arcanine, sports its own new look, too, featuring dark grey fur that covers most of its body. Luckily, both are relatively easy to obtain, so you won’t struggle to add these cute ‘mon to your team.

Ursaring may not have a Hisuian form, but its brand new evolution is Ursaluna!

Fellow Generation 2 Pokemon, Ursaring, has also received a brand new evolution, and while it didn’t get a Hisuian form itself, this new evolution is one you’ll surely want to add it to your Pokedex.

A dual Normal/Ground-type ‘mon, it’ll take quite some time before you’re able to add it to your team. To do so, you’ll need a Peat Block, but it’ll also need to be used under specific conditions, too. Our guide has everything you need to know to help you out in a flash.

So, there you have it – that’s everything you need to know about all of the Hisuian Pokemon in Legends: Arceus!

For the latest tips and tricks, be sure to check out our guides to help you on your journey throughout the Hisui Region: 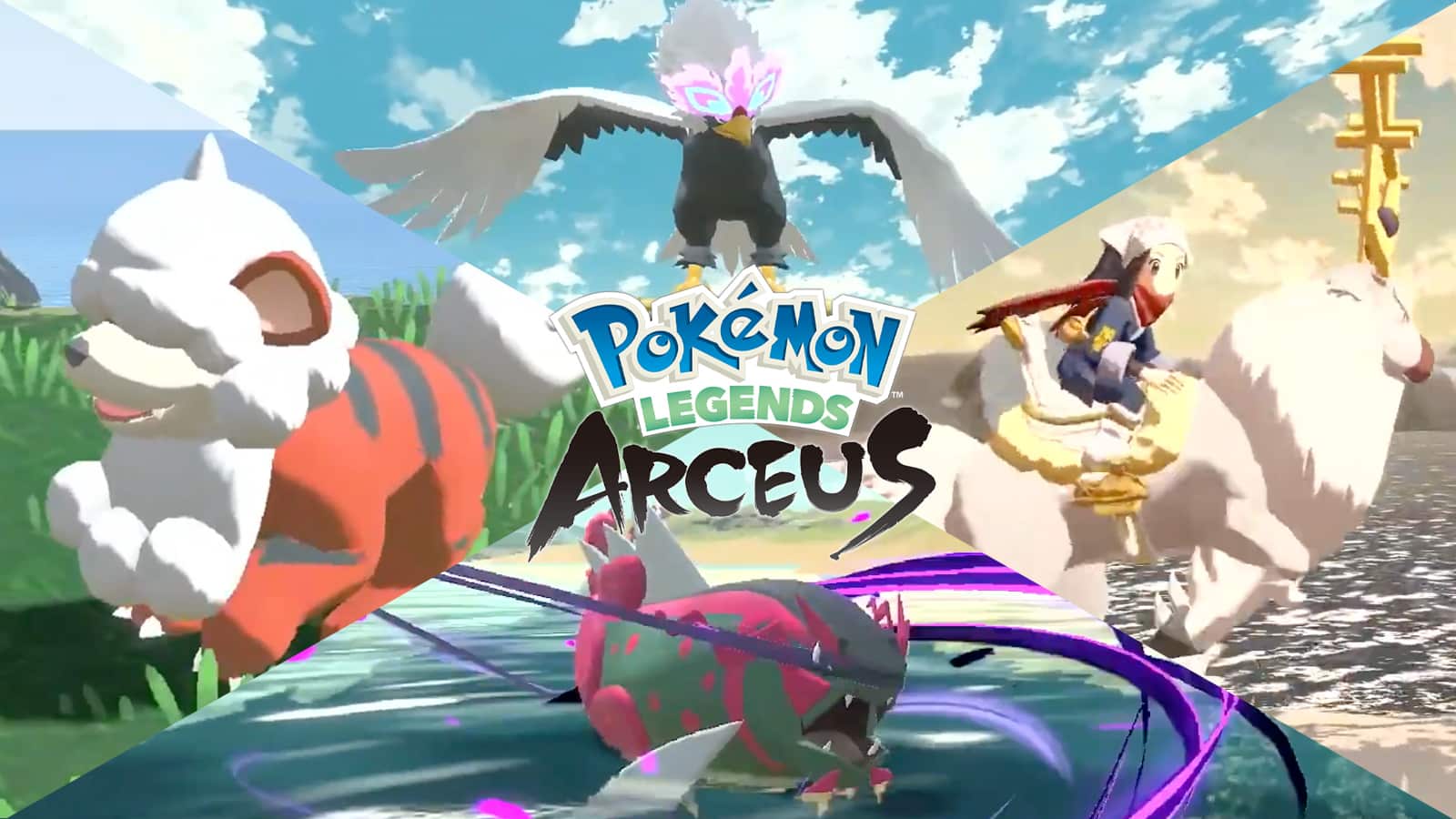 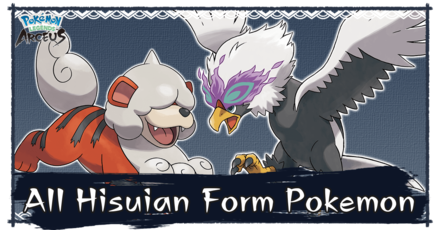 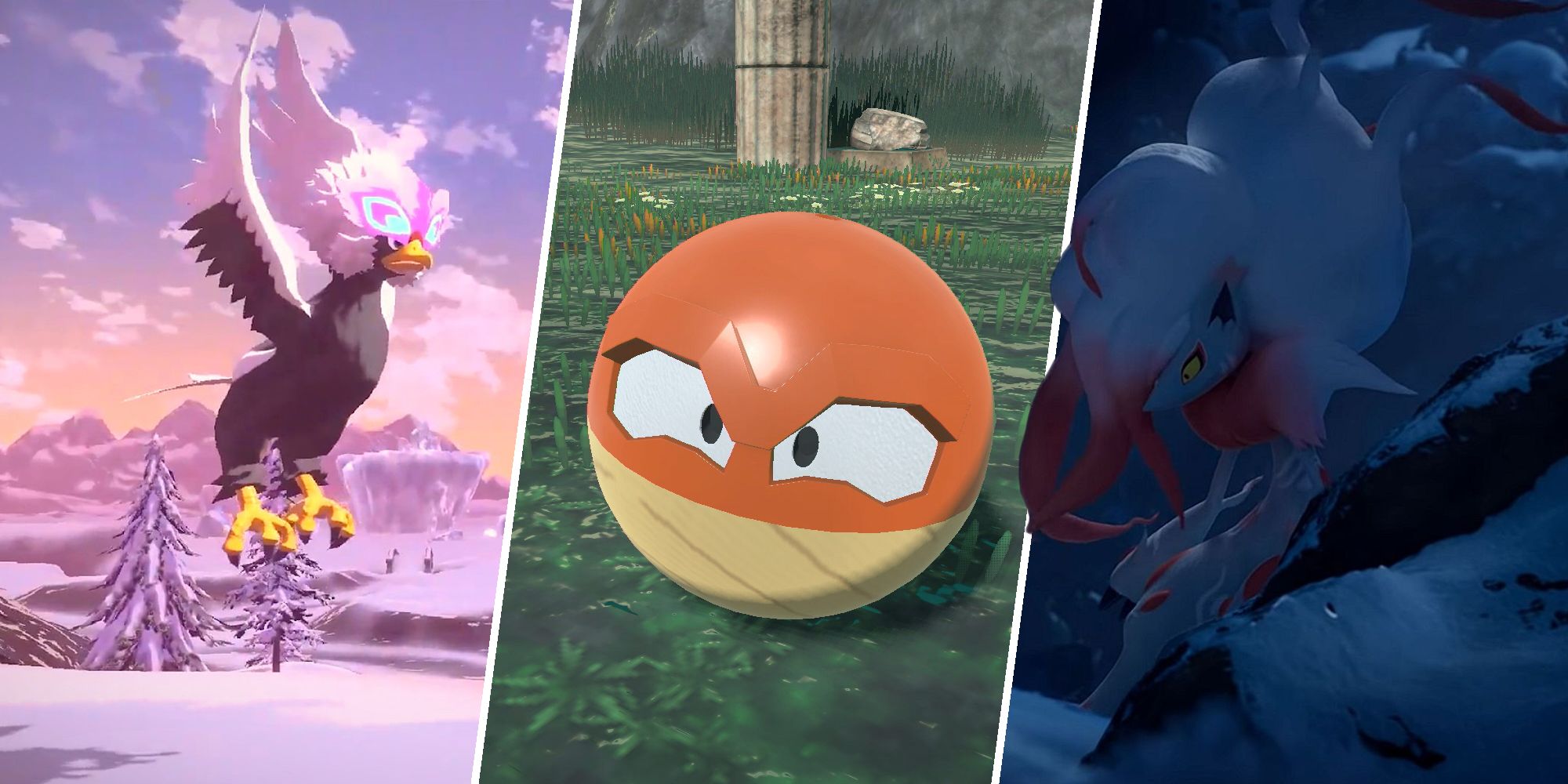 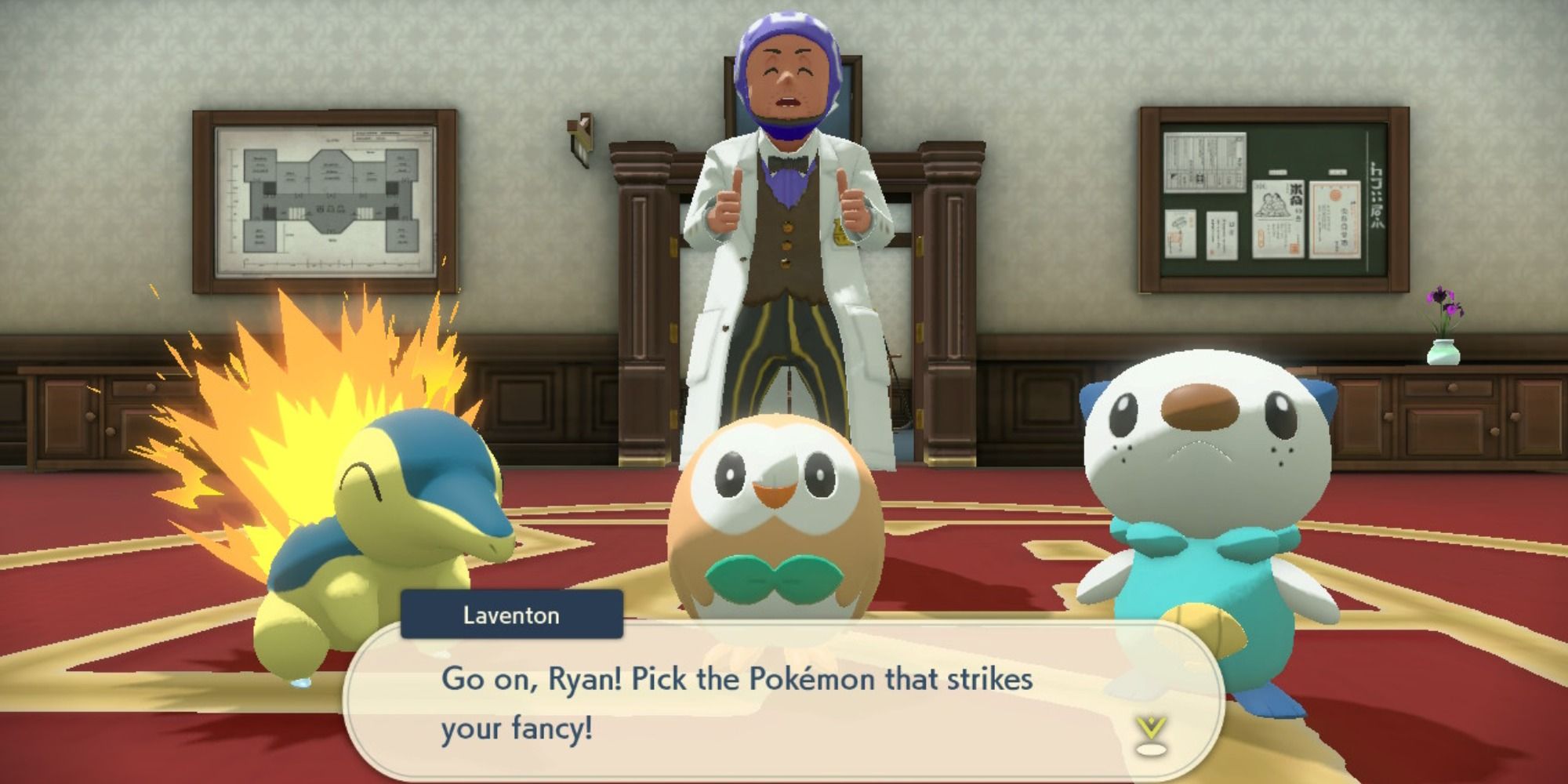 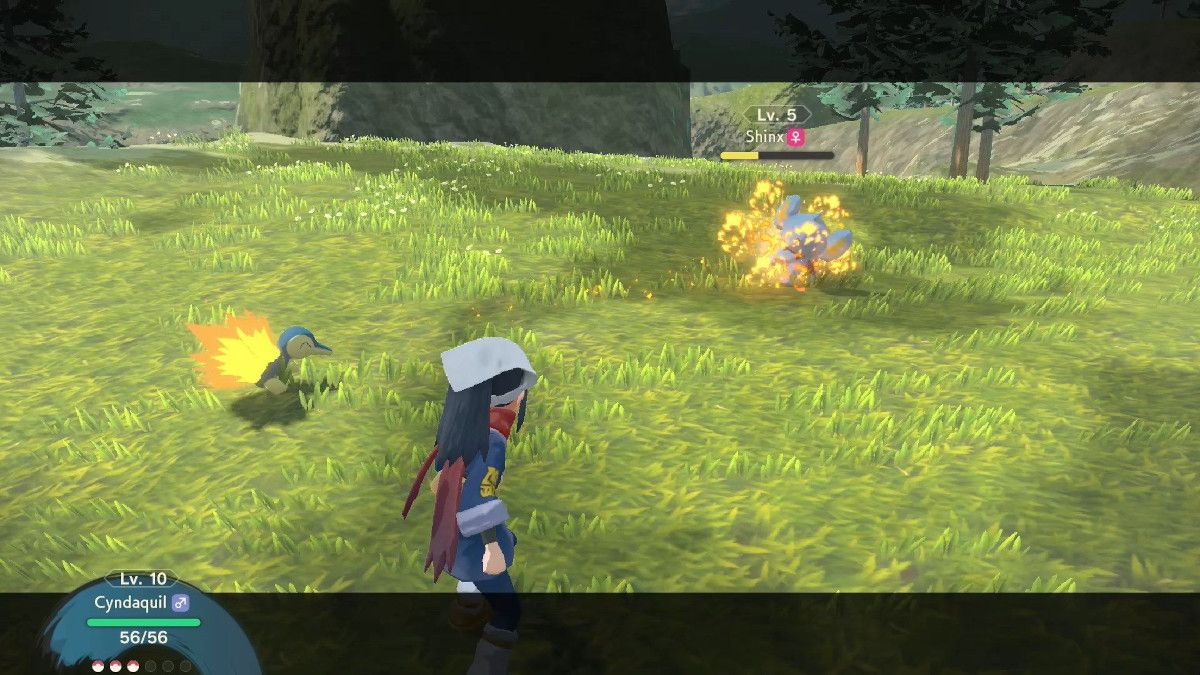 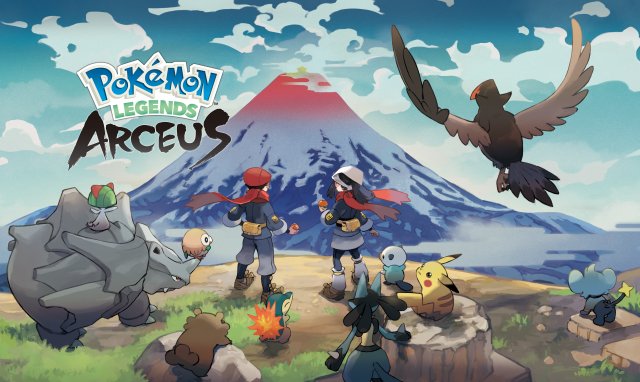 If you have questions that need to be answered about the topic pokemon legends arceus starters hisuian forms, then this section may help you solve it.

How do you get Hisuian forms in Legends arceus?

To trigger the evolution, you must use a Razor Claw on Hisuian Sneasel during the day. You can purchase the item from Simona’s trading post for 1,400 Merit Points

Do the Hisuian starters have different types?

Although no members of the starter trio for the Hisui region are new to the franchise, each has a final evolution with a secondary type that’s unique to this game

Do the starters in Pokémon Legends: Arceus have different forms?

While the starters in Pokémon Legends: Arceus initially have their typical Typing – with Cyndaquil as the Fire-Type, Rowlet as the Grass-Type, and Oshawott as the Water-Type – their final Hisuian evolutions feature brand new Type combinations that can be difficult to find elsewhere in Legends: Arceus

Does Rowlet have a Hisuian form?

How do I get alpha zoroark?

In order to catch Hisuian Zorua, head to the Bonechill Waste in the Alabaster Icelands. Look for a small cave in the ground and head in. Towards the back of the cave, you’ll find Hisuian Zorua, around level 25.

Which is the strongest Hisuian starter?

Oshawott stands out as being the only starter who can reliably and easily take on the first Noble Pokemon in the game, Kleavor. A hard-hitting Water-type move should finish it off neatly before it can do much damage. This makes team-building in the first area of the game a little less stressful.

Can you get all 3 Hisuian starters?

Trainers in the Hisui region can obtain all three starters without having to trade with other players.

Why are the Hisui starters different?

It’s here that Professor Laventon reveals why Legends: Arceus’ starters are these three Pokémon. He brought them from other regions and none are native to Hisui. This explains why the only others that can be found are in Space-Time Distortions.

Does Typhlosion have a Hisuian form?

Hisuian Typhlosion has graceful and refined movements, and a gentler, more pacifistic nature compared to Johtonian Typhlosion. It can often be seen staring into space; it is assumed that as Hisuian Typhlosion does this, it looks at the flow of life energy and searches for wayward spirits and lost souls to eat.

Is Hisuian a Typhlosion?

Hisuian Typhlosion is usually gentle and pacifistic. However, once angered, it loses control of its emotions and incinerates opponents until not even ashes remain. It emits ghost flames?said to number as many as 108?from the fires around its neck.

Does Decidueye have a Hisuian form?

Is hisui and sinnoh the same?

The Hisui region (Japanese: ????? Hisui region) refers to Sinnoh as it was known during discovery and settlement, in a historical period set prior to Generation IV. It is the setting of Pokémon Legends: Arceus.

>2:06You may have met Dartrix, Quilava, and Dewott in your other adventures.But you've never encountered their Hisui region Evolutions.YouTube · The Official Pokémon YouTube channel · Jan 25, 2022

>4:58In this video I show you ALL HISUIAN STARTER EVOLUTIONS in Pokémon Legends: Arceus – Hisuian Decidueye, Hisuian Samurott and Hisuian …YouTube · RaZzi · Jan 29, 2022