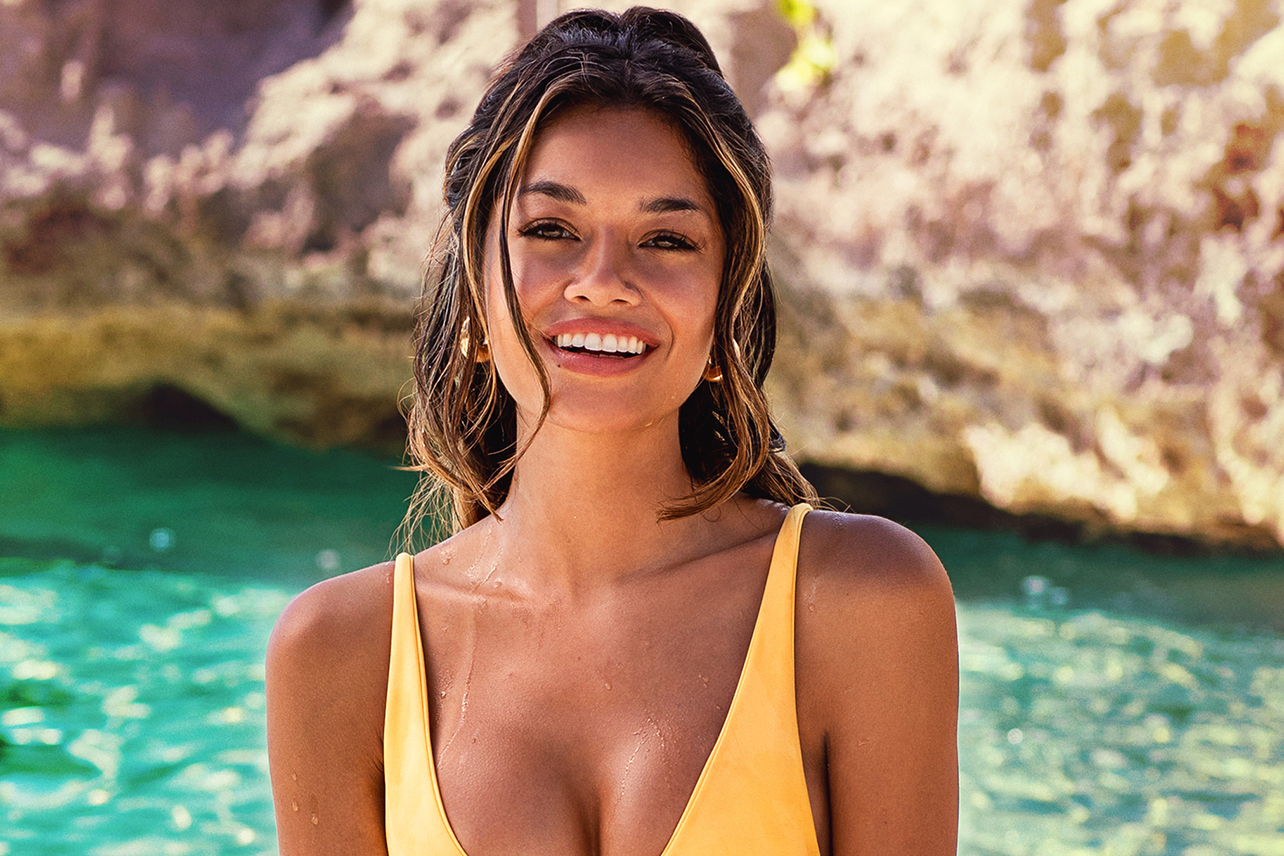 Described as the “world’s hottest no-dating dating show,” Netflix’s Too Hot to Handle unites a cast of sexy singles in a tropical location each season and presents them with a challenge: resist breaking the rules of no kissing, no heavy petting, and no self-gratification, or else start losing money from their collective $100,000 prize fund. Among the contestants hoping to walk away with some cash in Season 2 are international athletes, models, and personal trainers, all of whom have no idea what they’re in for: Netflix has been billing the show to potential cast members as Parties in Paradise, so they won’t know they’re actually on Too Hot to Handle until they’re already in the villa.

They used similar tactics for Season 1. “Before I even flew there, I really didn’t know. I just thought it was going to be a new concept,” Season 1 contestant Francesca Farago told Variety in 2020. “My theory was that it was going to be ‘Influencer Island,’ so I was like they’re getting a bunch of influencers, they’re putting us on an island and they’re going to take away all of our technology…closer to right before we left when I found out I needed to be single, I was like, ‘Maybe this is dating.’”

The sexual tension on the series wouldn’t be nearly as effective without its impossibly attractive cast, whose Instagram accounts certainly highlight the reasons they were each chosen to be on it. Read on for where to follow all of the new Too Hot to Handle contestants ahead of Season 2’s premiere on June 23.

The fact that the 24-year-old “sexy nerd from South Wales” is a personal trainer could account for the fact there are so many shirtless photos on his Instagram. In addition to working out, Cam enjoys festival season and loves Lord of the Rings. (According to Netflix, he can even do a spot-on Gollum impression, and has engaged in elf-based role play.)

The 24-year-old Toronto-based model is a self-proclaimed “man-eater,” but she’s also a fun-loving party girl, model, and former competitive dancer. Carly’s earliest Instagram photos show her modeling wedding dresses beginning in 2015, and her portfolio has only expanded from there. She’s also traveled everywhere from Los Angeles to Miami, where she got “1964” and a butterfly tattooed on her fingers in January. Her motto: “Create and be crazy.”

Chase, 24, played college football for the Arizona Wildcats before becoming a professional athlete as part of the Houston Linemen team. Now that the most recent season has ended (with a championship win), Chase posted that he was shifting his focus to the launch of Too Hot to Handle. “The cleats are put up for now the wounds will be healed and we’ll be back to football right after,” he captioned a June 20 post.

Read More:  Top 10 who is ruth's dad in ozark They Hide From You

Emily’s Instagram bio proclaims that “a little party never killed nobody,” and the London resident’s social media is filled with photos of her proving that statement. The 27-year-old Brit is also a multi-lingual model, so her page has plenty of professional-quality photos.

The “laidback” Filipina American model and bartender is “happiest when hanging at the beach, tanning and surfing,” and she shows off plenty of that on Instagram. Based in Florida, she’s taken the opportunity to have mini photo shoots while traveling everywhere from Cancun to Puerto Rico and Costa Rica. She doesn’t put all the emphasis on looks, though: “You’re only as beautiful as you are kind,” she wrote in her IG bio.

Dubbed by Netflix as a real-life Elle Woods from Legally Blonde, Larissa, 28, is a lawyer who poses in sexy lingerie on Instagram rather than showing off her courtroom attire. Her friends nicknamed her Tinkerbell, and, as she wrote in her IG bio, “you can be intellectual & wear a bikini too!” Netflix also noted that when Larissa isn’t “immersed in the legal world, she’s enjoying all the attention she gets at parties.”

Standing at 6-foot-4, 26-year-old Marvin is a French fashion model and social media influencer. Marvin also holds a masters in finance, started his own concierge business, and has played basketball “at the highest level in France,” per Netflix. You’ll find plenty of modeling shots — often with him holding a basketball — on Instagram. He’s also extremely close to his mom, who he called, “my best friend, my sister, my everything…” in the caption of one post.

Though she hails from Brooklyn, Melinda’s modeling work has taken her to locations including Tulum and Miami. The 28-year-old’s Instagram bio boasts that she “built a runway she’s not too short for” (according to Model Mayhem, she’s 5-foot-5). But even a career in front of the camera didn’t prepare her for the excitement of seeing herself on a billboard in Times Square for the first time. “I can not believe this!!” she wrote alongside a video of her seeing it for the first time.

A real-life Magic Mike, Nathan moved from the UK to Texas to work as a stripper. (He posted he was getting excited for his first summer in the U.S. in May 2016.) Now 27-years-old, he describes himself as an Englishman chasing the American dream. He currently lives with a female Rottweiler named Holly, and has a passion for country music as well as boating and water sports.

A New Yorker by birth, Peter, 21, boasts an impressive 84.1K followers on Instagram, but he recently celebrated an even bigger TikTok milestone when he reached 2 million followers in May. “Insane how far we’ve come,” he captioned one post, noting he’s “planning so much insane stuff for the rest of 2021.” (Netflix even claimed he receives 100-200 DMs a day.) Peter is also a certified personal trainer who enjoys snowboarding. He calls his mom the number one woman in his life and has a fraternal twin brother named Joseph as well as a lookalike younger brother named Gianni.

It’ll be interesting to see what his — and the rest of the cast’s — family members think of their time on Too Hot to Handle. 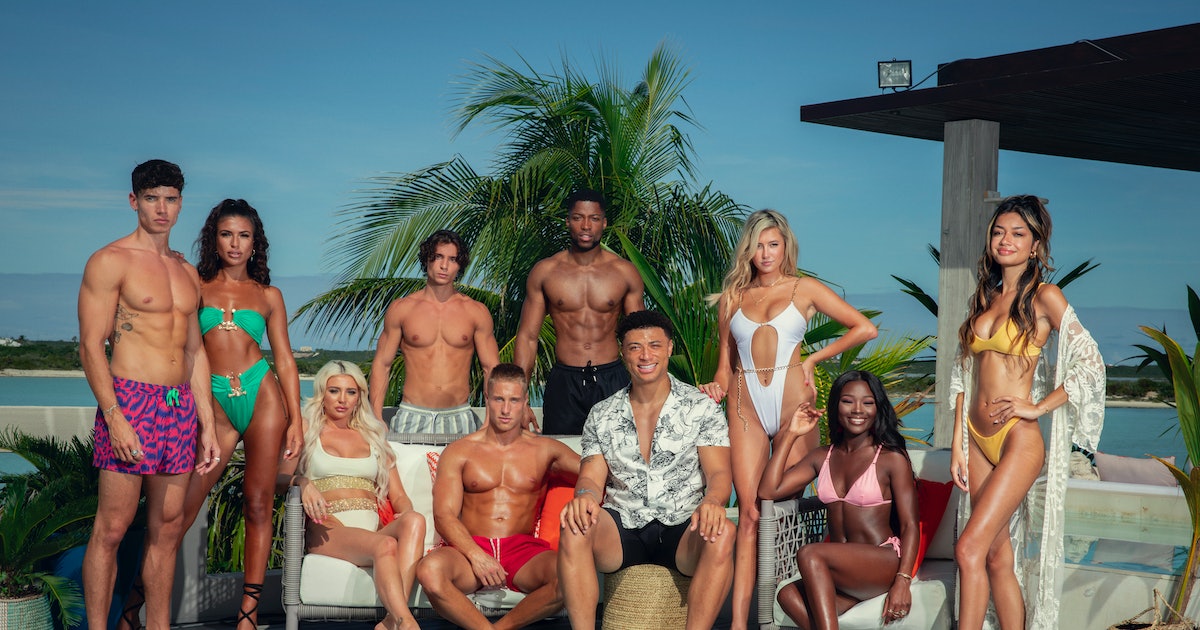 All The 'Too Hot To Handle' Season 2 Cast's Instagrams – Bustle

Read More:  Top 10 actors who went to acting school They Hide From You 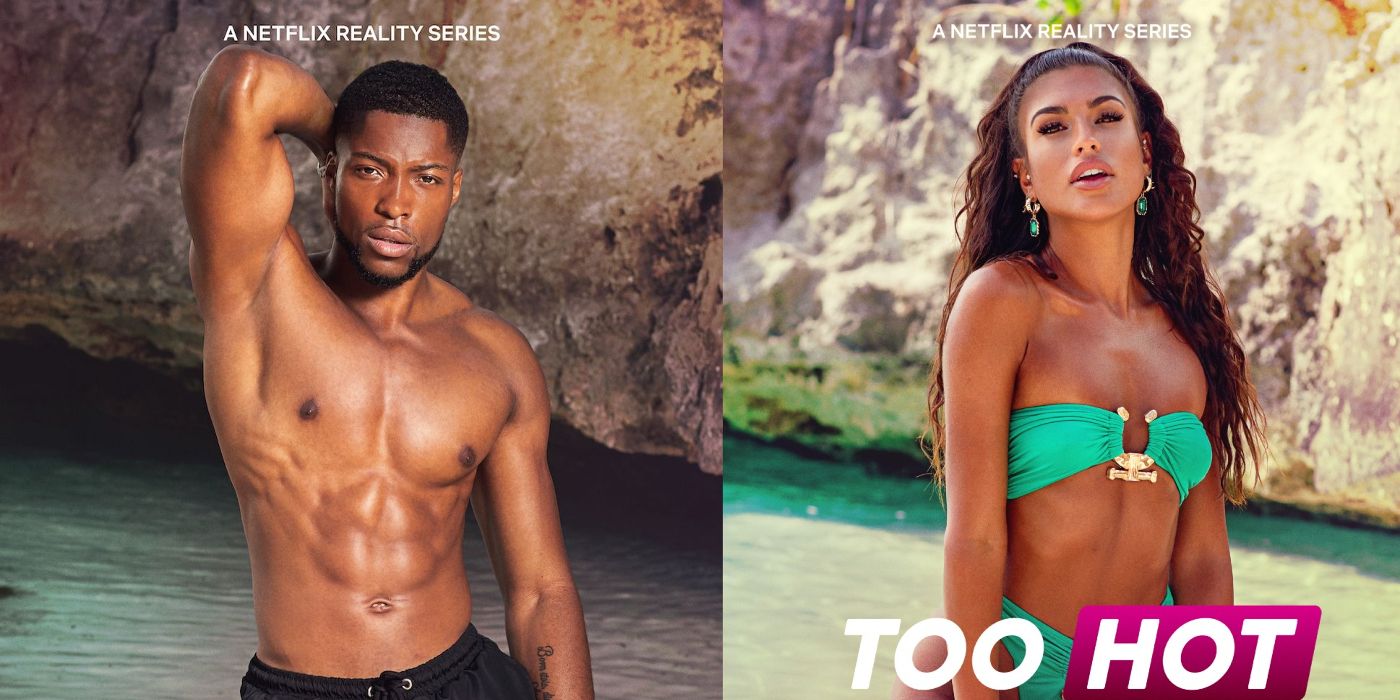 Too Hot To Handle Season 2: 10 Most Popular Players … 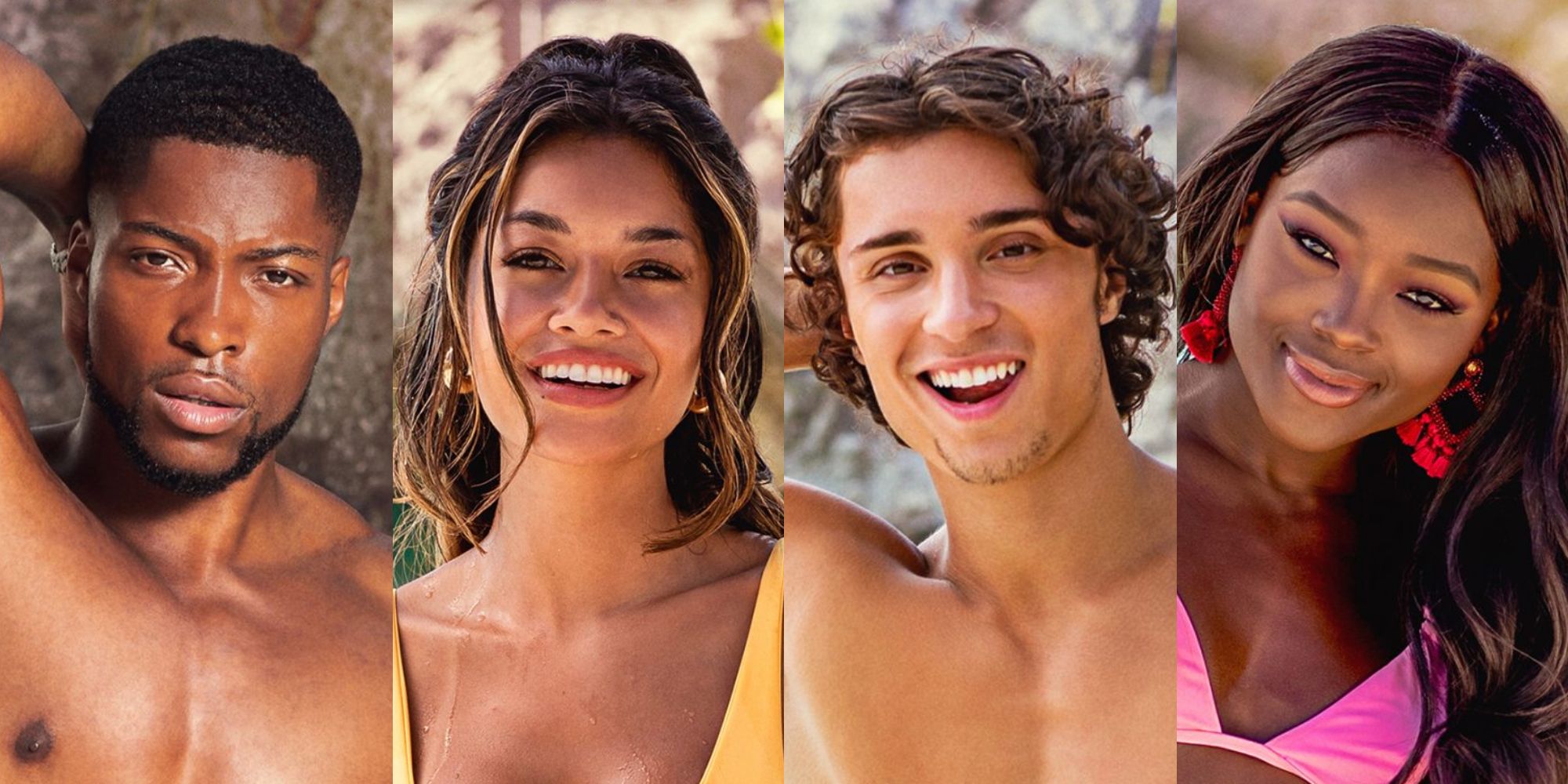 Too Hot To Handle: Where To Follow The Season 2 Cast On … 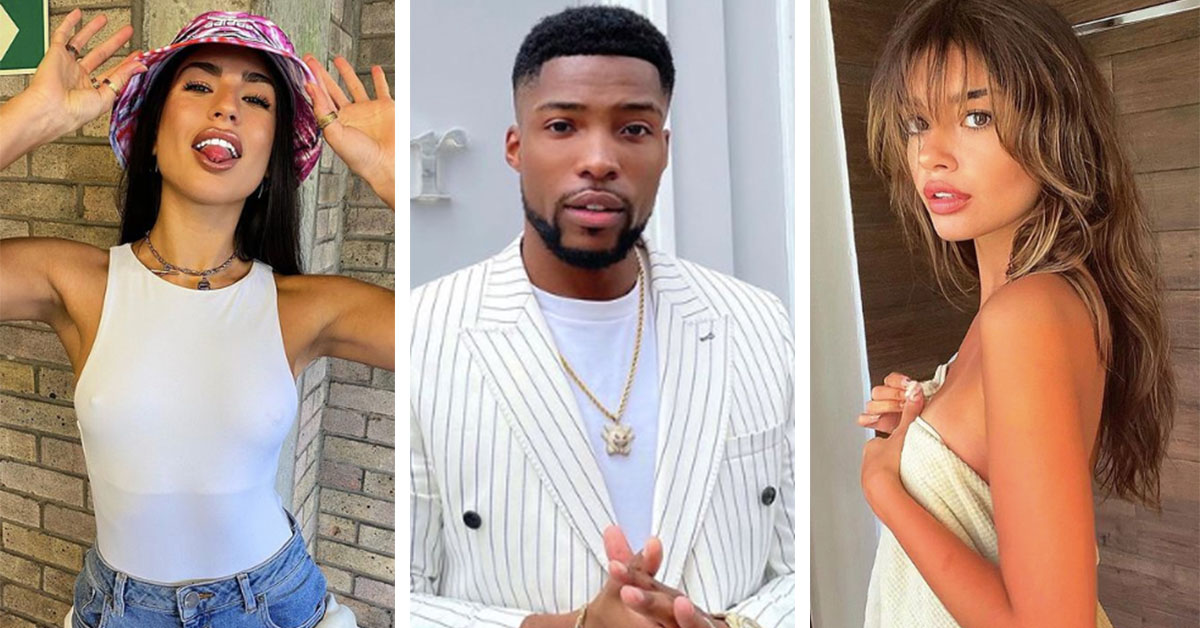 Too Hot To Handle season two Instagrams – The Tab 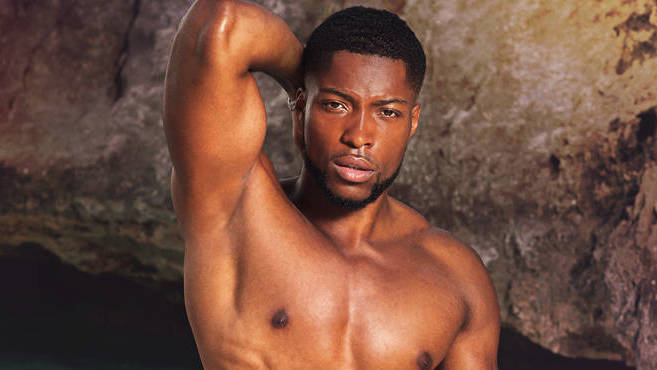 Too Hot To Handle season 2 cast: Meet the contestants for 2021

Read More:  Top 10 what episode does ward cameron die They Hide From You

All Of Netflix's 'Too Hot To Handle' Season 2 Cast Instagrams …

If you have questions that need to be answered about the topic too hot to handle cast season 2 instagram, then this section may help you solve it.

Are Melinda and Marvin still together?

Marvin and Melinda broke up after Too Hot To Handle Their relationship was not without its ups and downs, with typical issues like jealousy coming in the middle. But their on-screen chemistry was undeniable and they seemed to have a really strong relationship when leaving the show

Are any Too Hot To Handle s2 couples still together?

Emily Miller and Cam Holmes – Still together Emily and Cam fell madly in love in season 2, and fans of the show will be very happy to hear that they’re still together. In July 2021, Emily revealed: “We are very much in a relationship.” And it looks like things are still going very strong for the pair

Where is the cast of Too Hot To Handle season 2 now?

Ten months later, it seems that Cam and Emily moved in together in London in 2021 and are still a couple as of April 2022, as reported by heart.co.uk. According to Newsweek, wedding bells and children could be in their future. Posted three weeks ago on her Instagram, the image above shows the two still steamy as ever

Who won too hot Handel Season 2?

Is Cam and Emily still together?

Emily and Cam hit it off early in season 2. They revealed exclusively to Us in July 2021 that they are still dating and living together.

Is Christina still with Robert?

Despite spending nine months together after filming “Too Hot To Handle,” Robert confirmed to the Daily Mail that the pair split in September 2021. He attributed the breakup to the long distance between them, as she’s from South Africa and he’s based in London.

Are Melinda and Peter dating?

Peter and Melinda are the most unexpected couple to come out of Too Hot to Handle series two, confirming they’re in a relationship less than a week after the final episodes dropped.

He ended the season in a relationship with Melinda Melrose, eventually splitting; amicably ending their couple. Speaking to Capital Breakfast with Roman Kemp, Melinda said that she didn’t expect Marvin to have shared his winnings with her, despite having won it being in a couple with her.

Are Cam and Emily still together?

Emily and Cam hit it off early in season 2. They revealed exclusively to Us in July 2021 that they are still dating and living together.

Did Harry and Beau still together?

Sadly, no. During the reunion, viewers learned that Harry and Beaux split after filming ended?but they’re still on good terms. ?I don’t have any regrets from the show,? Beaux told Us Weekly. ?I think everything that I did on the show, I’m happy with.

Is Joey and Carly still together?

Lawrence revealed she is “done with him” on Instagram. It looks like the flame has officially gone out between Too Hot To Handle’s Carly Lawrence and Joey Joy.

Are Obi and Brianna still together?

Brianna and Obi started their relationship soon after she entered the villa. They are no longer together.

Video About too hot to handle cast season 2 instagram