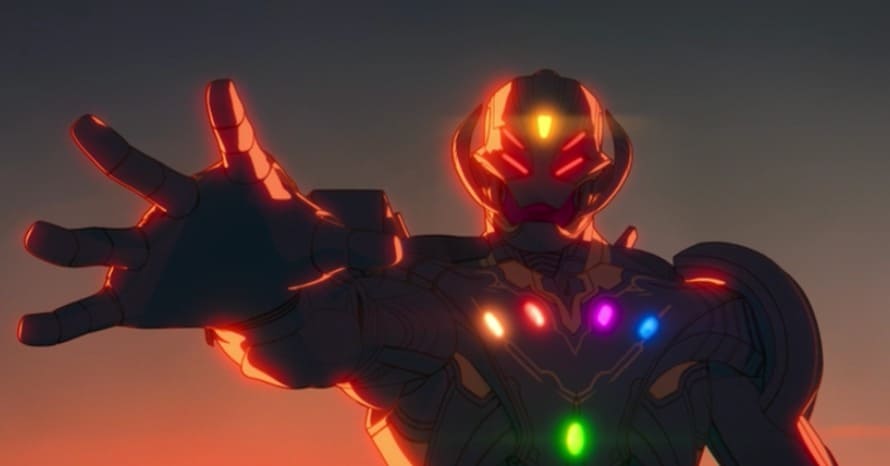 [Editor’s note: The following contains spoilers for Marvel’s What If…?, Season 1, Episode 8, “What If… Ultron Won?”]

Episode 8 of Marvel’s What If…? featured something along the lines of breaking the fourth wall on a literal level, as our extremely observant pal the Watcher (Jeffrey Wright) chose to observe a universe where things went more horribly wrong than usual. In this realm, the highly advanced A.I. developed by Tony Stark to protect the planet Earth once again resorted to extreme measures to fulfill its purposes, but this time was a lot more successful: as the episode title establishes, Ultron beats the Avengers, and goes on to also attack the Watcher, having evolved to a high-enough level of consciousness to be aware of the existence of multiverses, not to mention the Watcher himself.

In the film that this episode is based on, Avengers: Age of Ultron, the voice of the titular killer robot army was provided by ’80s icon and prolific film and television actor James Spader. Perhaps Spader was busy with The Blacklist (though when that show did a quasi-animated episode at the beginning at the pandemic, he did manage to take the time to play his character in that), perhaps he simply wasn’t asked — but the actor who did fill in as Ultron has a very unique set of experiences when it comes to playing characters originally played by other actors.

Ross Marquand is both a veteran screen actor, perhaps best known as zombie apocalypse survivor Aaron on AMC’s The Walking Dead, as well as an established voice actor for shows including Robot Chicken, Invincible, and Family Guy. But he made his MCU debut by stepping in when Hugo Weaving didn’t return as the character of Red Skull in Avengers: Infinity War. Red Skull, now serving as the entity in charge of looking after the Soul Stone on Vormir, was a key figure in that film as well as Endgame, which meant work for Marquand in both films… plus also What If…? Episode 1, “What If… Captain Carter Were the First Avenger?”, in which he also played Red Skull (albeit in his earlier, more Earth-bound state).

Marquand being tapped here to fill in for Spader might have come as more of a surprise if this wasn’t his first time playing Ultron. In the 2019 video game Avengers: Damage Control, he also played the character alongside returning MCU veterans including Paul Rudd as Scott Lang/Ant-Man, Letitia Wright as Shuri, Evangeline Lilly as Hope van Dyne/Wasp, and Benedict Cumberbatch as Stephen Strange/Doctor Strange.

Now, not only has Marquand fully embodied the role, but he’s also poised to be a central figure in next week’s season finale, the title of which is as yet currently unknown, but seems very likely to feature the Watcher getting his chance to take Ultron down, with some help from Doctor Strange as well as maybe other survivors of previous What If…? tales. The possibilities aren’t technically endless, but the boundaries are only found in the potential of the multiverse as a concept, as well as the imaginations of the writers. Which is to say, there are a lot of options for what might be in store.

Read More:  Top 10 voice actor for dragon in raya They Hide From You

The season finale of Marvel’s What If…? premieres next Wednesday on Disney+. Previous episodes are streaming now.

KEEP READING: Here’s the Full Voice Cast for ‘Marvel’s What If…?’ Episode 8 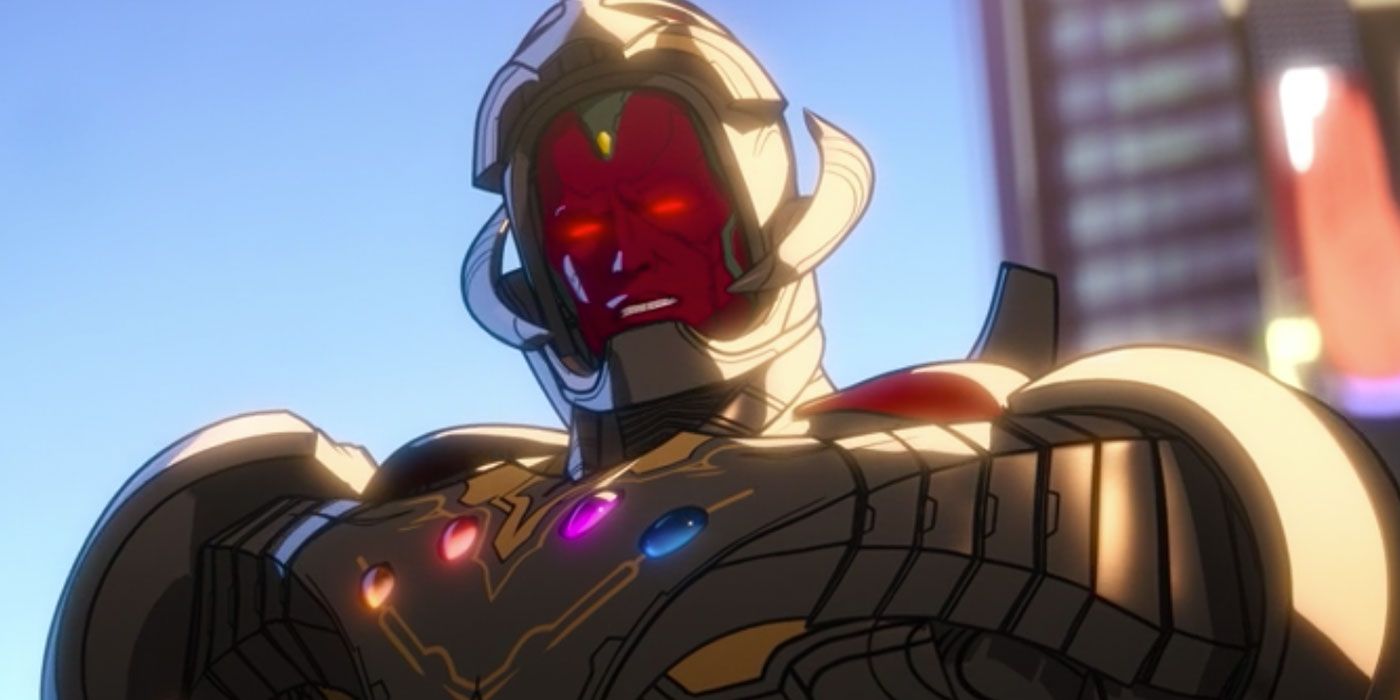 Who Voices Ultron in 'Marvel's What If…?' Episode 8?

Is James Spader in 'What If…?' – Ross Marquand Voices Ultron 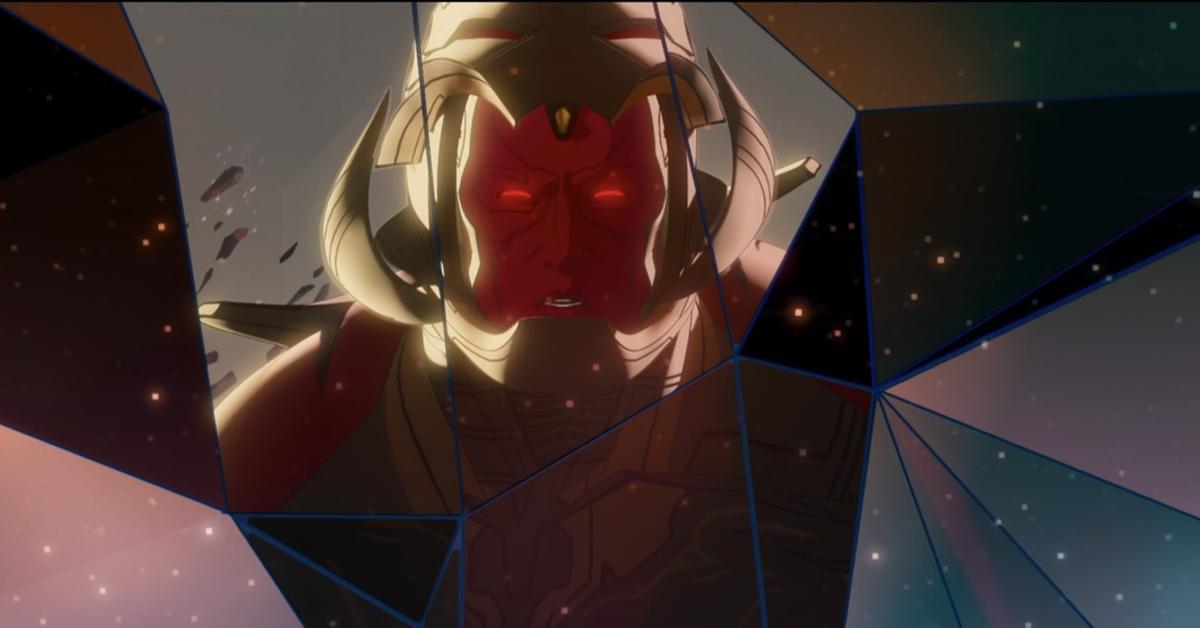 Who Voices Ultron in 'What If…?' Hint – Distractify 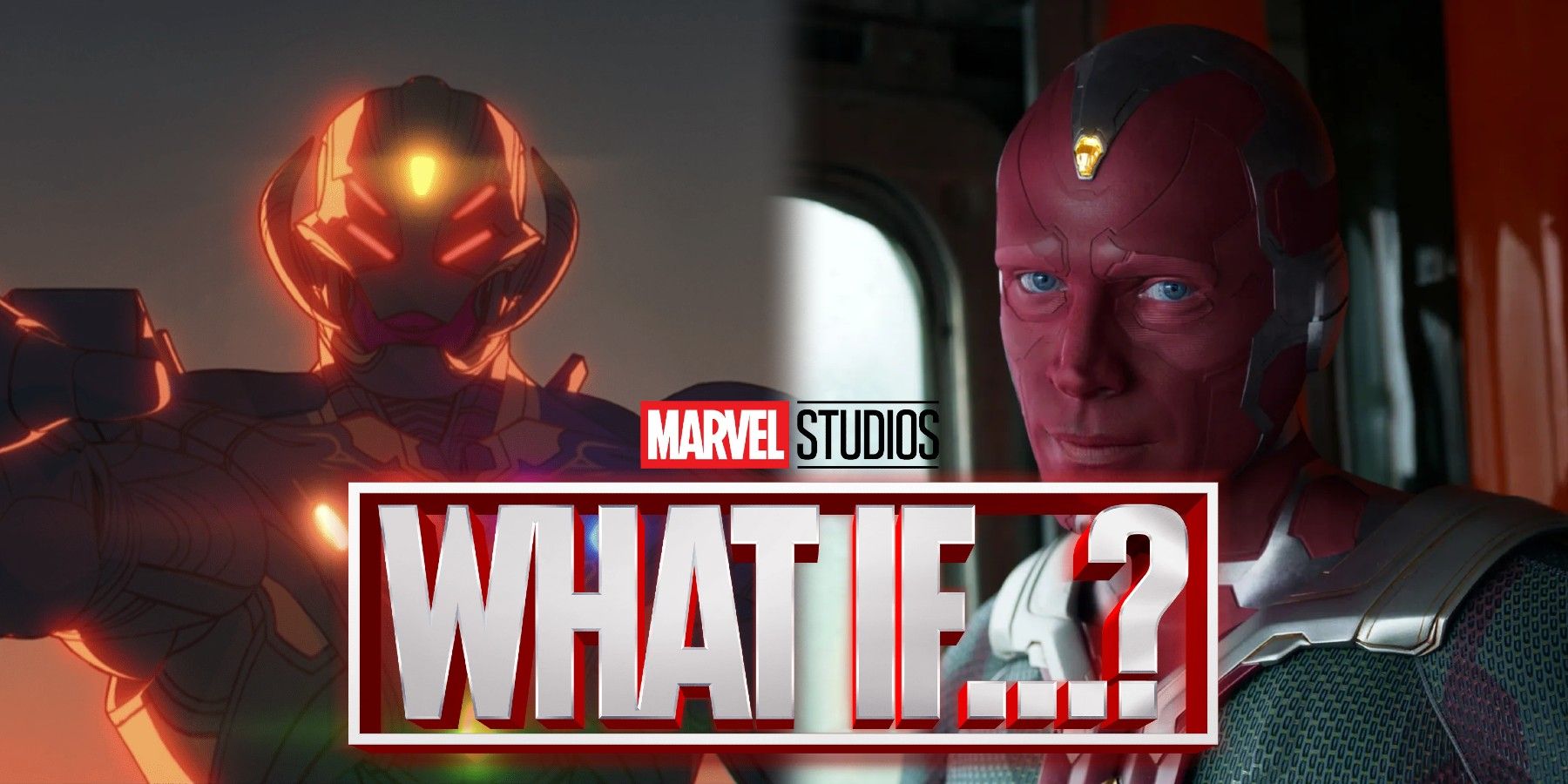 There's A Reason Why Paul Bettany Didn't Voice Ultron In … 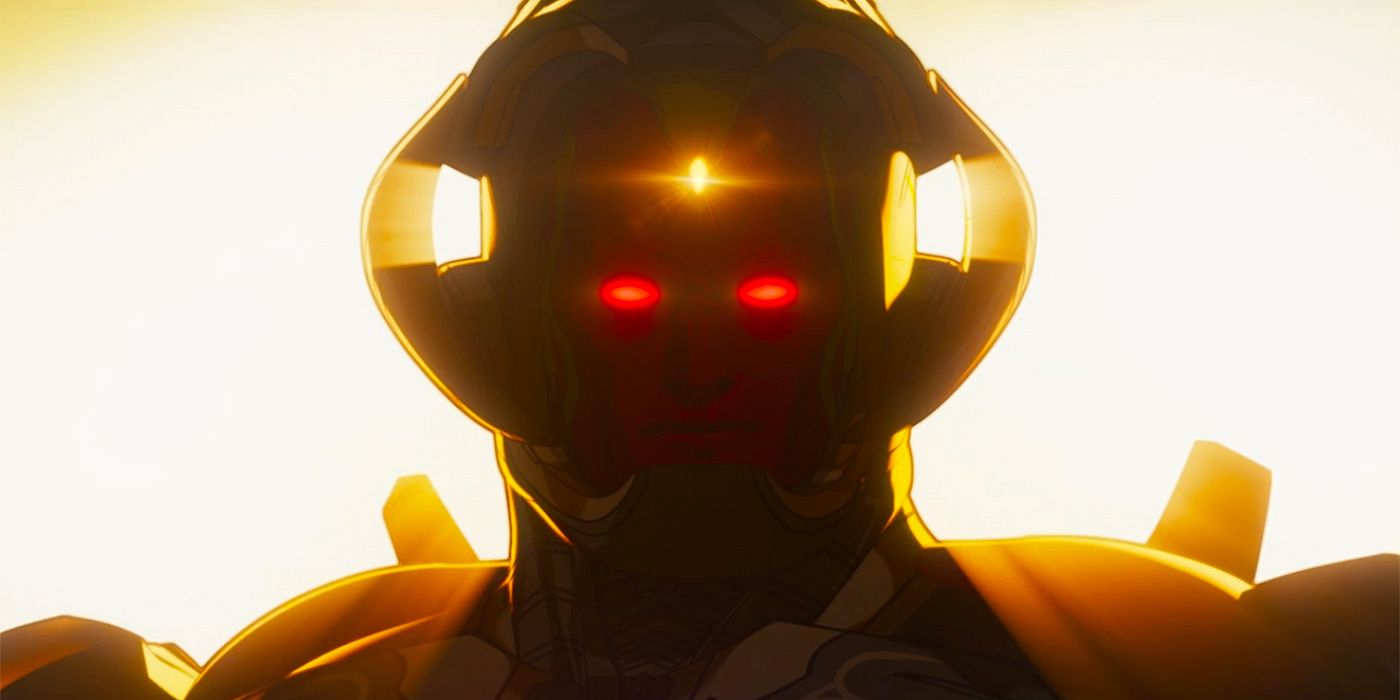 Who Voices Ultron in Marvel's What If? – CBR 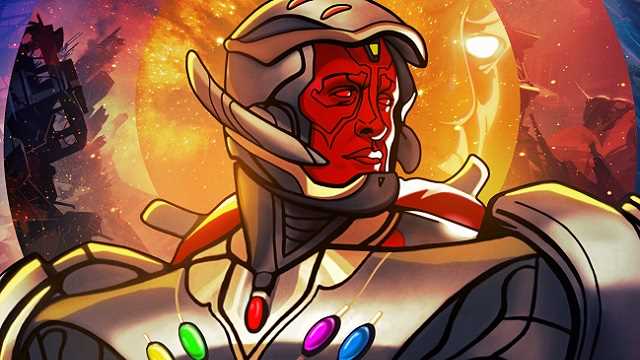 WHAT IF…? Head Writer And Director Explain Why Neither …

Read More:  Top 10 how old is danielle bregoli 2021 They Hide From You

Frequently Asked Questions About voice of ultron in what if

If you have questions that need to be answered about the topic voice of ultron in what if, then this section may help you solve it.

Do Marvel actors voice their characters in What If?

Jim Meskimen is the English dub voice of Ultron in Marvel VS Capcom Infinite.

What is Ultron’s name in What If?

Ultron, also known as Infinity Ultron, is the main antagonist of the first season of the 2021 Marvel animated anthology series What If…?, serving as a cameo antagonist in the seventh episode “What If…

Did Paul Bettany voice Vision in What If?

Paul Bettany is the voice of Vision in Marvel’s What If…?.

Who speaks Tony Stark in What If?

Iron Man gets a showcase in Episode 6 of the series, titled ?What If? Killmonger Rescued Tony Stark?? but that’s not Robert Downey Jr. in the show. Instead, voice actor Mick Wingert plays Tony Stark in What If?

Does Scarlett Johansson voice Natasha Romanoff in What If?

You may not even notice when watching What If…?, but Lake Bell provides the voice of Natasha Romanoff/Black Widow for the animated series rather than Scarlett Johansson.

Is Ultron a girl?

Ultron is a totally awesome android supervillain, and two months ago she became the first male-to-female transsexual cyborg supervillain. Though Ultron has had many forms ? my favorite being the giant robot one he had in Runaways ? this is the first time Ultron has gone girly. And she’s quite the girl.

Why is Ultron so powerful What If?

Superhuman Durability: Ultron’s synthezoid body was composed of vibranium, making him extremely durable. His durability was further amplified by his exoskeleton armor with the five Infinity Stones embedded in it, making him virtually invulnerable.

Why didn’t Eternals stop Ultron in What If?

Eternals Trailer Has the Answer

Eternals trailer explains why they chose not to stop Ultron. They have been specifically instructed not to interfere in human conflicts unless deviants are involved. Also, they were instructed to do so by the Celestials themselves.

Why didn t James Spader voice Ultron in What If?

Why Isn’t James Spader Voicing Ultron in What If?? There’s no specific reason as to why James Spader isn’t voicing Ultron. But, the actor is probably busy with The Blacklist. Spader has actually scarcely worked in the last several years in general.

How did Ultron become Vision in What If?

In whatever multiverse Vision-Ultron came from, the evil AI succeeded in its plan and implanted itself in this Vibranium body. The result is a version of Ultron more powerful than anything we’ve seen before, which probably explains how he got all the Infinity Stones.

Why was Rdj not in What If?

While stars like Chris Hemsworth and Tom Hiddleston did return to voice their respective characters Thor and Loki, others such as Robert Downey Jr. and Scarlett Johansson did not. According to series director Bryan Andrews, this was down to scheduling issues.

Who is voicing Black Panther in What If?

Chadwick Boseman voices his iconic character T’Challa, aka Black Panther, for a final time in Marvel’s What If…? animated series.

Why didn’t the TVA stop Ultron What if?

There we have it: the TVA doesn’t interfere against Ultron or any of the events in What If…? because they’re just as confined to the pocket of the Sacred Timeline as Kang is meant to be. They have no jurisdiction outside the red line and into the wider multiverse, and they were never intended to.

In an interview with Cinema Blend, the director said that since Eternals are synthetic beings who cannot be killed, their necks were saved during the massive snap by Thanos.

Why didn’t Arishem take all of the Eternals?

The ultimate goal of Arishem is to dig into the memories of humans of Earth so that he can pass a judgment. It is likely that he only took these three Eternals and not the others because they have a better and deeper connection to humans and have lived closer to them for longer.

Video About voice of ultron in what if