Demon Slayer: Kimetsu No Yaiba is a relatively recent shonen series that just got an anime adaption. “Recent” considering that its peers are long-running beloved franchises like One Piece or My Hero Academia. And, for something barely over three years old (2016), it’s doing quite well! The manga-series updates frequently and gets great sales, and the anime by studio Ufotable is one of the most stylistic and well-made iterations a shonen has had since Bones nabbed up BnHA. So, let’s go through and talk about which of the Demon Slaying Corps are the strongest. Heads up for anime kids, there will be spoilers in this.

First on this list, yet at the bottom of the ranking is Zenitsu. This brightly colored boy is one of the few graduates from Tanjiro’s entrance exam into the Demon Slaying Corps and anime-only fans might not be sure quite yet how he passed.

Basically, when Zenitsu’s passed out, he becomes the best version of himself and is able to execute on all the absurdly tough training the previous Thunder Pillar taught him. That said, he only ever learned the first of the six Thunder Breathing Forms, the Thunder Clap Flash. But, even we’re surprised by just how far this takes him later on.

9/10 Inosuke: Breath Of The Beast User With Astounding Flexibility

Next up is the third goon in Tanjiro’s triad of dorks, Inosuke. This boar-head wearing freak of nature is the only other non-Pillar member on this list but for good reason. Inosuke is constantly getting stronger, has an insanely acute sense of touch/reflex, and is impatiently battle-crazed. Plus, he even invented his very own style of Breath combat, the Breath of the Beast. This wild and ravenous style of combat is further enhanced by his swords which are intentionally chipped in order to cause the most pain possible when cutting. Overall, Inosuke is a pioneer and a madman whose potential far exceeds what anyone first thought of him.

8/10 Shinobu Kocho: Breath Of The Insect Pillar Specializing In Poison

Here’s our first dive into the Pillars of The Demon Slaying Corps. These elite sword users represent the absolute peak of this organization and all the styles of Breath. But, the odd one out has to be the Insect Pillar, Shinobu Kocho.

This slender lass is described as having a weak build and has explicitly said that she can’t behead a demon. Luckily, the Breath of the Insect is named as such because it utilizes poison made from the Wisteria Flower, which is deadly to demons. So while Shinobu can’t take a demon down the traditional way, she can absolutely destroy them with his stinger-like katana.

Kimetsu No Yaiba has some insanely strong and independent women. Nezuko, Shinobu, and her apprentices, the Sound Pillar Uzui’s wives, and Mitsuri all kick butt. This bottle of sunshine is the Love Pillar. Mitsuri is bubbly, trusting, and overall a hopeless romantic just looking for love. But, she’s also got eight-times the muscle density of a normal human, eats mountains of food in a single sitting, can bench a building, and takes down demons with her whip-like sword. So she tries to balance those attributes with extra “feminine” charm.

Read More:  Top 10 what's the name of the dog in nightmare before christmas They Hide From You

6/10 Kyojuro: Breath Of The Fire Pillar Burning His Wick At Both Ends

Kyojuro Rengoku is one of the more uniquely designed and weirdly charming characters in anime. This brightly-burning Flame Pillar was obviously going to be the most likable at first glance out of the Pillars. Kyojuro has an incredibly strong sense of morals that put him on the path of becoming one of the strongest among the Pillars.

Unfortunately, he faced off against Upper Moon Three much too soon and was taken “out of commission.” The only reason he isn’t higher on this list is that he was retired before he could reach his peak.

5/10 Gyomei Himejima: Breath Of The Rock Pillar With Anger Issues

We haven’t seen enough of Gyomei, and that’s disappointing. This character seems to be one of the more interesting of the Pillars but just hasn’t gotten enough spotlight yet. Gyomei was a blind monk who is now the Rock Pillar of the Demon Slaying Corps. He used to be peaceful and pacifistic, he even ran his own orphanage. But, like most of the Demon Slayers backstories, tragedy befell him and his kids. But, that tragedy is what caused him to learn that he was strong, shockingly strong. Gyomei is the one who teaches Tanjiro to utilize Full Focus breaths and is obviously one of the strongest pillars in the group.

4/10 Muichiro: Breath Of The Mist Pillar The Genius Amnesiac

There are a couple of sword users that we haven’t seen fight all that much, their master-level sword skill is just known of. And, one would think that the Mist Pillar Muichiro Tokito, who is known for his innate genius-like talent, would be another example.

But, surprisingly, we’ve seen Muichiro struggle and fight a decent amount, at least in the manga. This sole-surviving twin truly does encompass mist as his thoughts and focus are always fading, yet he always seems to have a bottomless rage towards demonkind. We’ve seen him use all seven forms of the Mist, and truly his skill with the blade is quickly becoming unparalleled.

Finally, we’re on to the first Pillar the anime-only kids will have even seen, Giyu Tomioka. This is the man who told Tanjiro of the Demon Slaying Corps and introduced him to Urokodaki. Giyu, outside of his appearances with Tanjiro, is usually cold, emotionless, and dismissive. He’s currently fighting alongside Tanjiro in the ongoing manga arc, and it’s well known that he is the strongest of the Pillars. While we’ve barely seen the man fight, the fact that every one of the other Pillars is aware of his strength is reason enough for him to be number three on this list.

So, if we were talking about Tanjiro’s strength based on what he’s currently shown in the anime, the boy would probably only be above Inosuke and Zenitsu. But, after everything that’s happened in the manga, and how much Tanjiro has grown, we can see that he’ll soon be the strongest swordsmen. What with his Water Breath Style, Dance of The Sun God, the line of interval/opening, and now his ability to See-Through. Tanjiro truly has accumulated enough skills and techniques to burn quite brightly. Fitting for someone whose surname is Kamado, which roughly translates to a stove or furnace.

1/10 Tanjuro Kamado: Breath Of The Sun Pillar And Winner Of ‘Most Tired Eyes’ Award

Finally, and this is the biggest spoiler of all so be careful, we’ve got Tanjiro’s father. Tanjuro is a man who we’ve seen in flashbacks and is hinted as Tanjiro’s father by Muzan quite early.

In fact, when Muzan first sends Susumaru and Yahaba after Tanjiro, he is quite obviously angered by Tanjiro’s Hanafune earrings, because they remind him of Tanjuro. Tanjuro was previously a Pillar in the Demon Slaying Corps and the peak of all swordsmen, but, it seems battle-fatigue finally got to him and he settled down with Tanjiro’s mother. 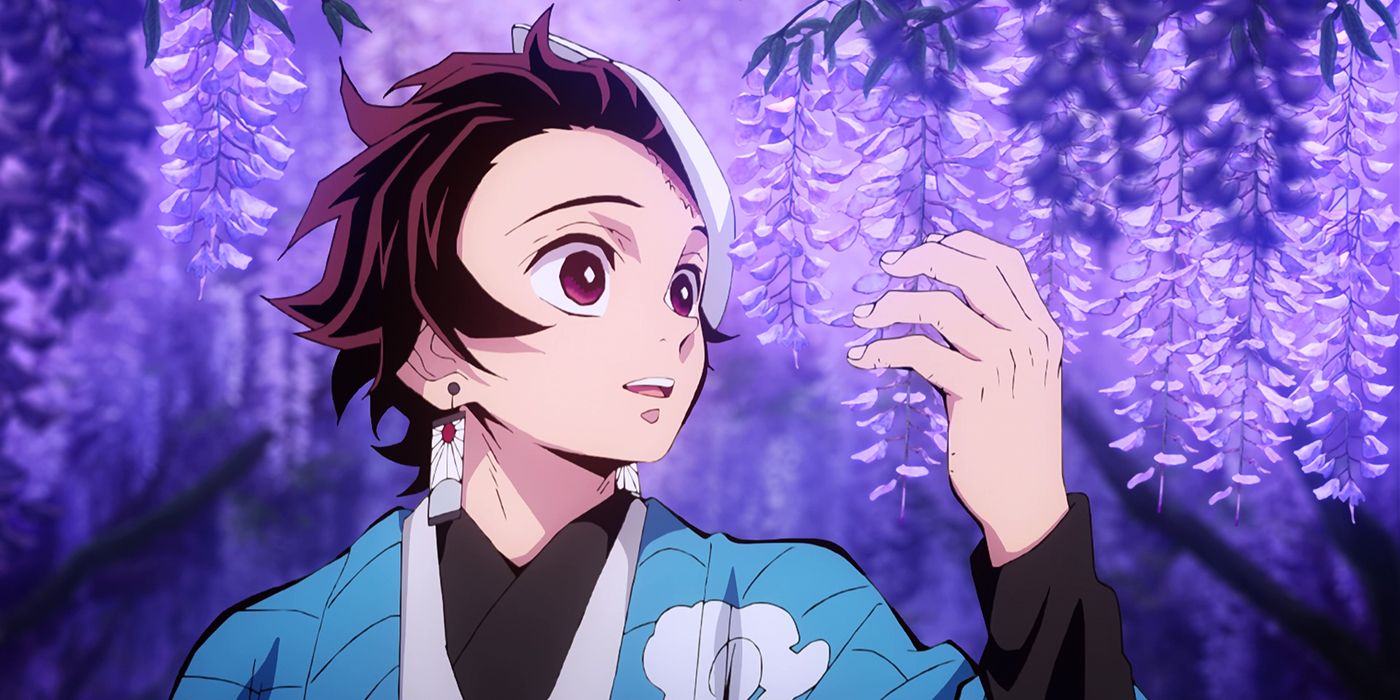 Read More:  Top 10 cartoon character with skinny legs and fat body They Hide From You 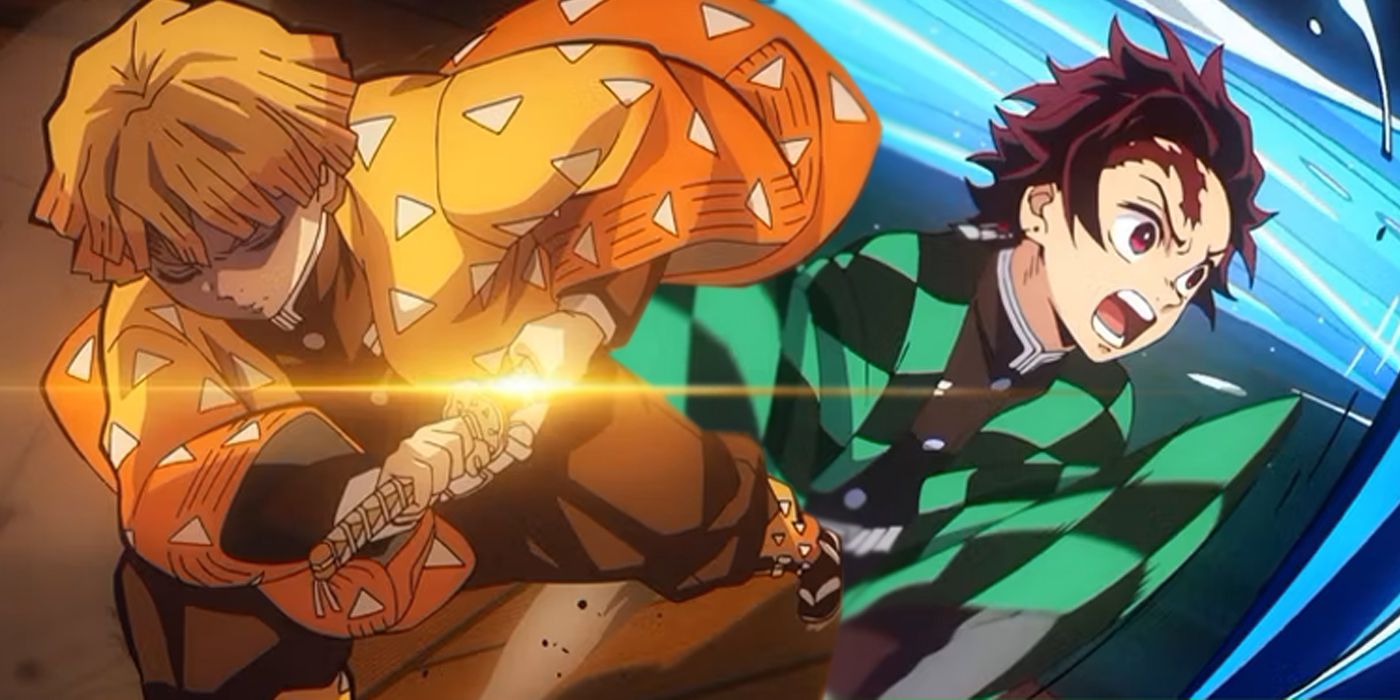 The 15 Most Powerful Demon Slayers In Kimetsu No Yaiba … 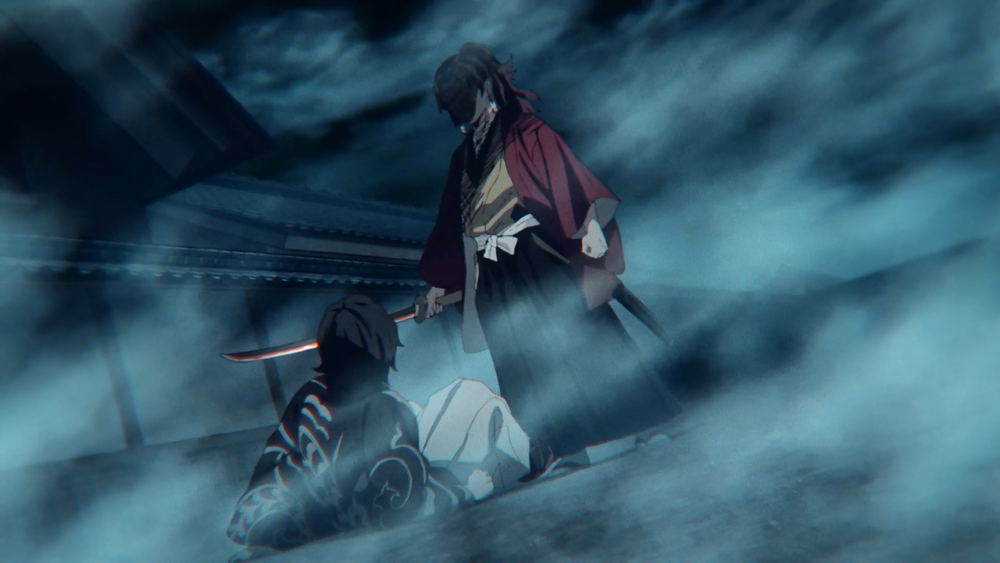 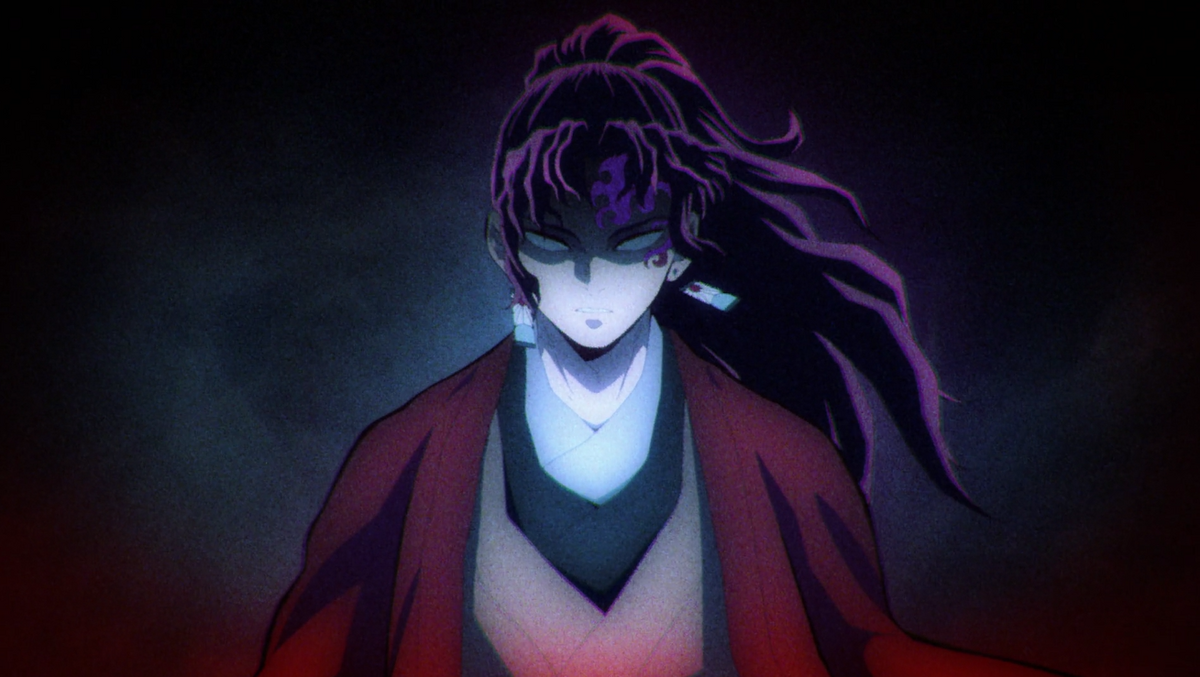 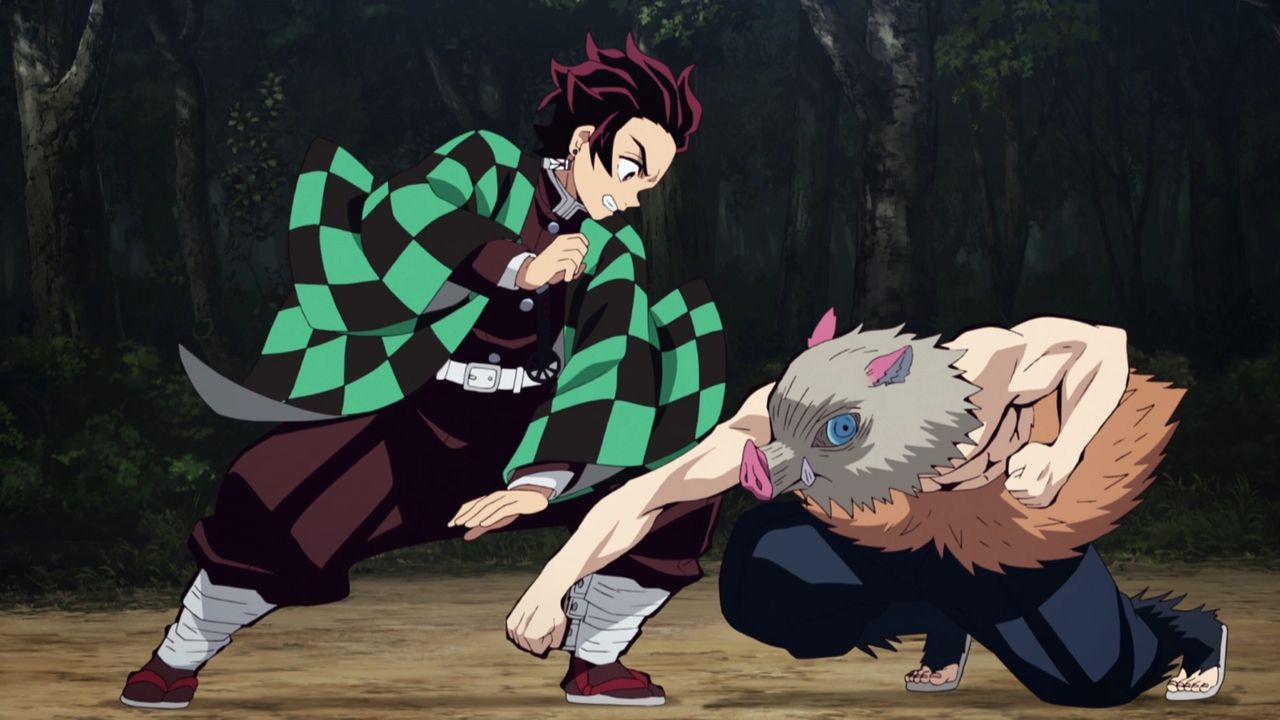 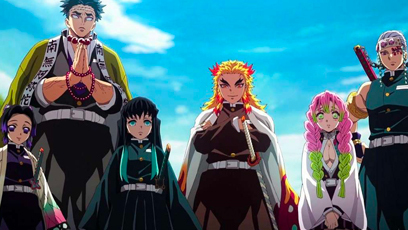 Read More:  Top 10 did kelsey owens get a boob job They Hide From You If you have questions that need to be answered about the topic who is the strongest swordsman in demon slayer, then this section may help you solve it.

Who is the strongest character in Demon Slayer?

Yoriichi is considered to be the strongest Demon Slayer to ever exist. He is so powerful that the battle doll crafted in his image needed multiple arms to accurately replicate his movements. Yoriichi was a demon-killing machine even as a child and was so powerful that he nearly killed Muzan

Who is the strongest swordsman?

1. Miyamoto Musashi?Japan’s Sword Saint. The life of Japanese samurai Miyamoto Musashi is obscured by myth and legend, but this ?sword saint? reportedly survived 60 duels?the first of which was fought when he was just 13 years old

Who is the second strongest Demon Slayer?

Who is the 1st strongest Demon Slayer?

Who is the weakest Hashira?

When it comes to pure strength, Shinobu Kocho is the weakest Hashira in Demon Slayer. She doesn’t even have enough strength to decapitate a demon’s head and she makes up for it by injecting poison into the demons.

How strong is Zenitsu?

True Power. While unconscious, Zenitsu is a force to be reckoned with, but his actual power is discovered when he is awake. While awake, Zenitsu was able to match the upper rank six, Kaigaku. He was also able to keep up with the Demon King, though he was in a weakened state during this battle.

Who is the No 1 swordsman in anime?

1. Rurouni Kenshin. Kenshin is the definitive swordsmen in anime, and really sets the standard for what an anime sword fighter should be. In his past life as an assassin, Kenshin killed countless individuals in his quest to fulfill his duty.

Who are the 7 legendary swordsman?

After becoming a Demon Daki grew strong enough to kill and eat seven Pillars and gained the attention of Muzan Kibutsuji who allowed them to join the Twelve Demon Moons. She later dies after being beheaded by Zenitsu Agatsuma and Inosuke Hashibira.

Who is the nicest Hashira?

Mitsuri. The love Hashira and upcoming featured character of season 3, Mitsuri is best known for her extreme affection for everyone in the Demon Slayer Corps.

Is Zenitsu faster than Hashira?

But, comparing the two characters in their best forms, Zenitsu might be just a tad bit faster owing to his Godspeed move.

Who is the 2nd fastest Hashira?

His fast movement, combined with his excellent swordsmanship, makes him a remarkable demon slayer. Most of his attacks are purely offensive due to his breathing style. Being a user of wind breathing, he is undoubtedly fast.

Tanjiro decapitates Akaza with the Hinokami Kagura: Setting Sun Transformation. Akaza was bewildered, wondering how Tanjiro did not have any fighting spirit, comparing this feeling to fighting against a plant. He acknowledges that Tanjiro surpassed his speed.

Video About who is the strongest swordsman in demon slayer