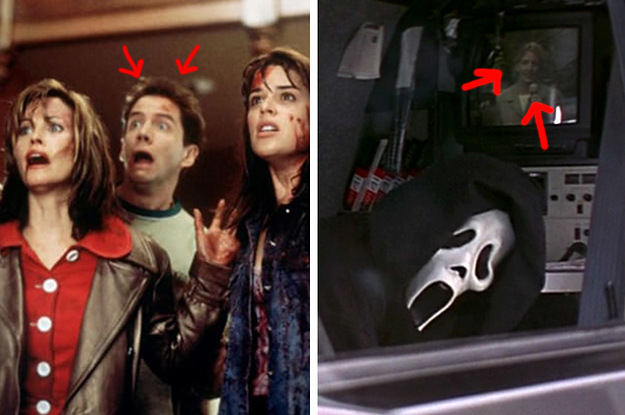 The Killers From Scream 2

What makes the “Scream” series so compelling, in part, is the films’ whodunnit element. The series has been praised for its meta-commentary, talking about the horror genre while existing within it. But not enough credit is given to the mystery of who’s hiding behind Ghostface each time. Part of what makes “Scream” so scary as a franchise is that the killer isn’t a supernatural being or even a stranger. It’s always someone Sidney Prescott knows, someone she’s been close to while also abusing her trust  It’s part of what makes the films so resonant. We’ve all had our trust betrayed at one point or another, but (especially in the wake of #MeToo) women really vibe with Sidney’s constant fear that her boyfriend is secretly planning to murder her.

Sidney (played by Neve Campbell) is going through one such crisis of trust in “Scream 2.” Having moved away from Woodsboro, Sid is attending college. She has a boyfriend and a tight circle of friends — all of whom become suspects when someone starts copycat killing in the style of “Scream 1” killers Billy Loomis and Stu Macher. It’s not until the climactic scene in the college auditorium that we know who wants to kill Sidney and why.

The first killer revealed is Mickey. Played by a pre-“Justified” Timothy Olyphant, Mickey has been telegraphing his guilt from the jump. He’s got creeper written all over him — from his movie obsession, his “don’t trust me” ’90s haircut, to his penchant for a Kubrickian stare, as described by TV Tropes. This is all intentional. Mickey wants to get caught so that he can blame movies for his violent nature and become a cause celebre for the Tipper Gore set.

“Scream 2” came out after the launch of Court TV, as well as the famous and well-documented trials of O.J. Simpson and the Menendez brothers, Lyle and Erik. Crime media was omnipresent in the ’90s. It didn’t matter if they went unsolved like the murders of JonBenet Ramsey, Tupac Shakur, and The Notorious B.I.G. — or if they were open and shut like Selena’s slaying by Yolanda Saldivar. At a time when even Judge Lance Ito from the O.J. case can become a star, it makes sense that Mickey would see murder as an easy route to fame. But for his plan to work, Mickey needed someone to pay his tuition. Enter Mrs. Loomis.

Played by “Lady Bird” and “Roseanne” star Laurie Metcalf, Mrs. Loomis is known for most of the movie as Debbie Salt. Posing as a local reporter, Debbie gets close to Courteney Cox’s Gale Weathers, needling her constantly about being slow on the scoop. It’s only once Debbie Salt meets Sidney that her true identity is revealed.

Mrs. Loomis is the disappeared mother of Billy Loomis, the alpha killer in “Scream.” She blames Sidney for murdering her son and blames her mother for ruining her marriage. Sidney’s mother had an affair with Mr. Loomis, which caused Mrs. Loomis to skip town. Billy cites this as his main motivator for killing Sidney’s mom, friends, and — had he gotten away with it — Sid herself.

Read More:  Top 10 colors of star trek uniforms meaning They Hide From You

Mrs. Loomis’ plan was to frame Mickey for all the murders, kill him, then emerge from the carnage as the lone, innocent survivor. Of course, as all Ghostfaces eventually learn, Sidney Prescott does not go down without a fight. Together with Gale and Cotton Weary (Liev Schrieber), Sidney takes down Mrs. Loomis just like she did her son.

The killers that could have been

Mickey and Mrs. Loomis weren’t always the designated baddies of “Scream 2.” The film was the victim of one of the first script leaks in internet history. As recounted by the Nerdist, Ghostface was originally going to be a team of Sid’s boyfriend and best friend/roommate. “Once that information was out there, [Kevin] Williamson had to retool his story as production continued,” the site wrote. “To prevent further leaks, the identity of the killers became a closely guarded secret, only revealed to actors on a need-to-know basis.”

The boyfriend is the killer again? Boh-ring! It’s for the best that the original ending got leaked, as it pushed screenwriter Williamson to come up with a more inventive one. That’s not to mention how Metcalf and Olyphant clearly had the times of their lives hamming it up as unhinged killers. Could Jerry O’Connell bring the crazed intensity of a Laurie Metcalf? The world will never know. 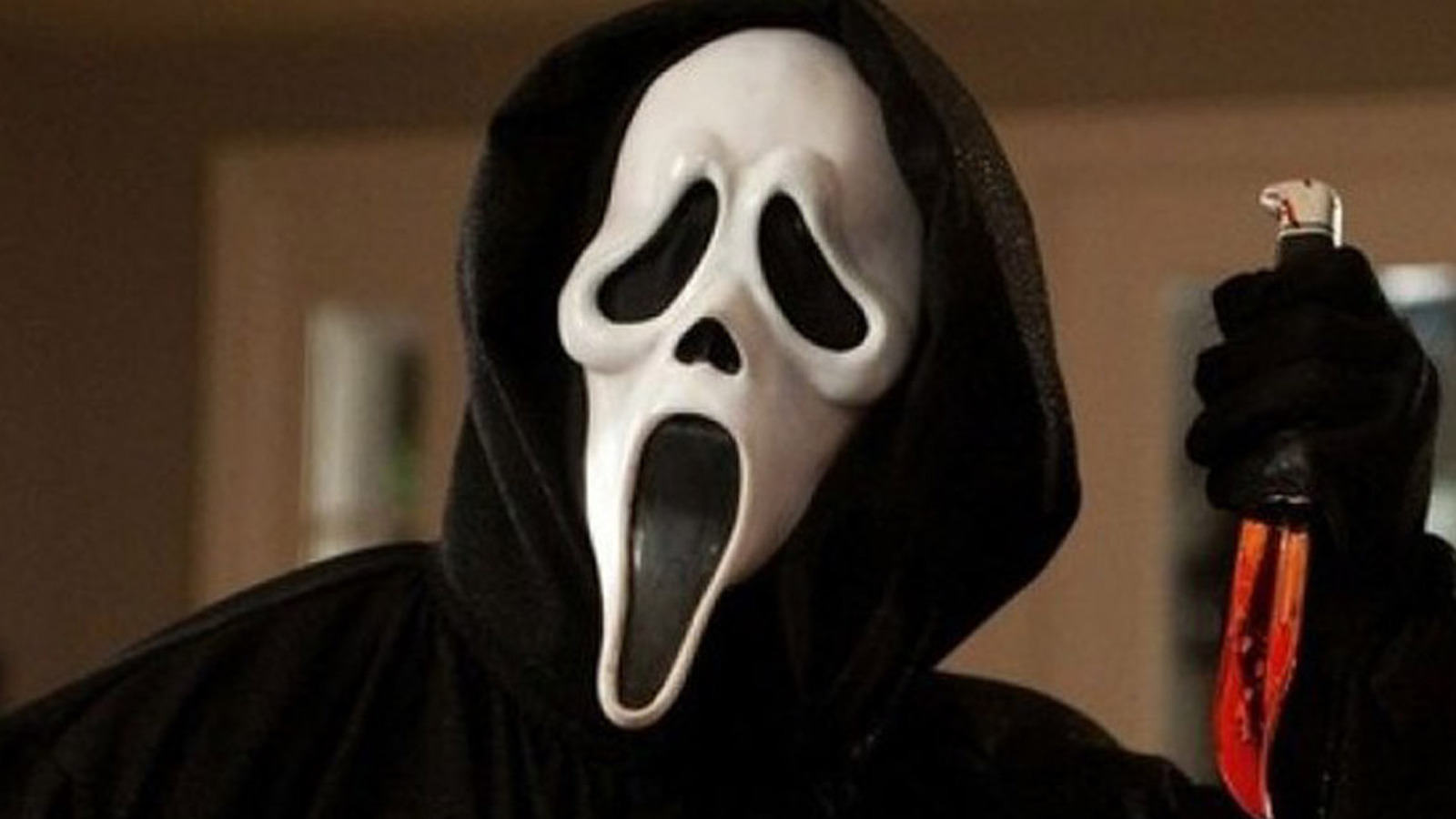 These Are The Killers From Scream 2 – Looper 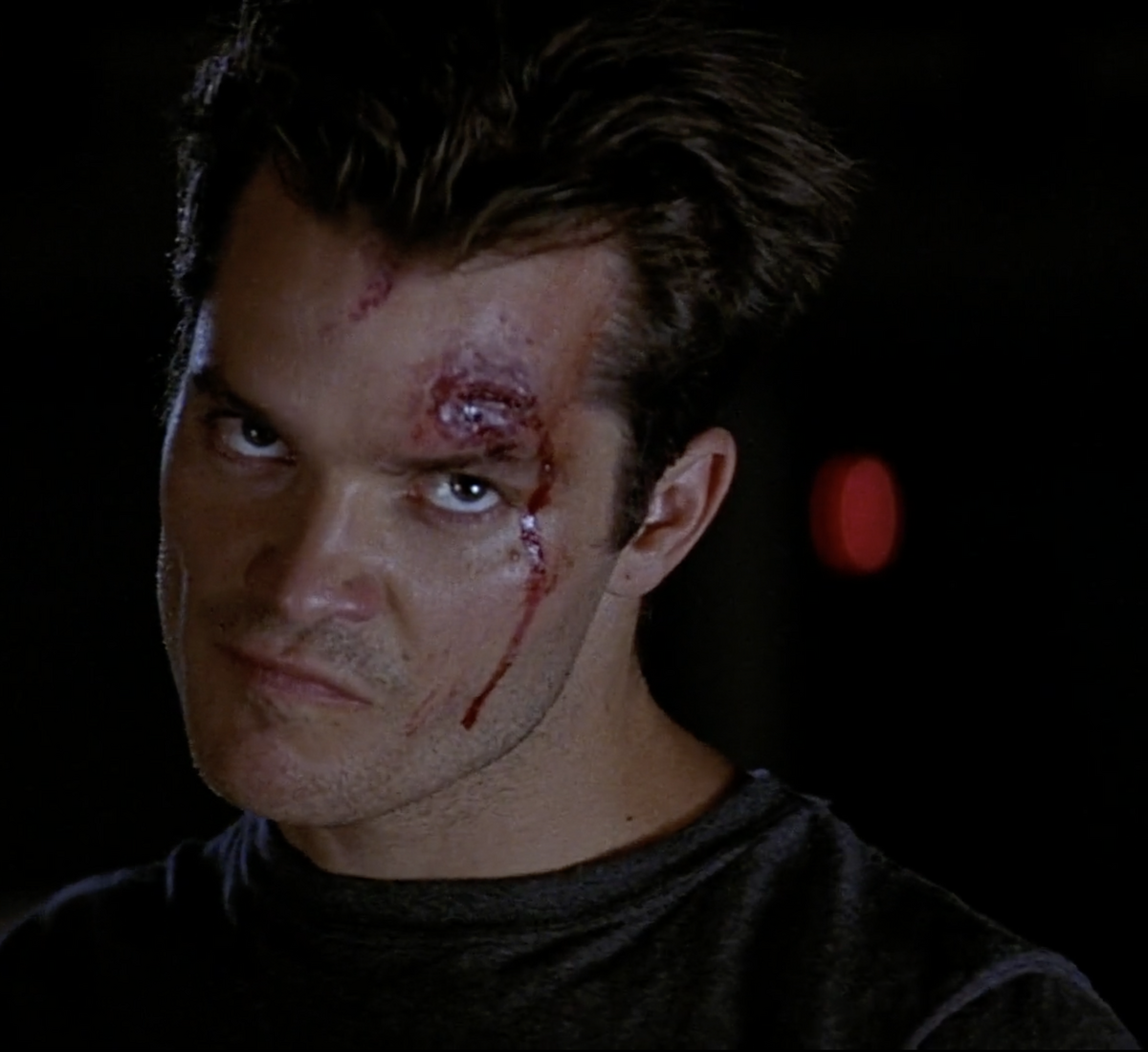 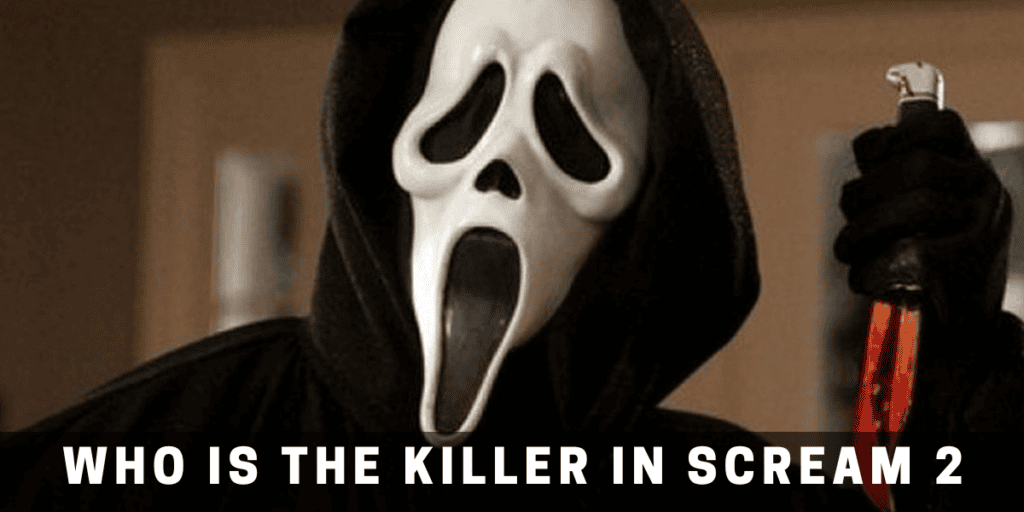 Who Is the Killer in Scream 2: Everything You Need To Know!

Read More:  Top 10 what is taylor sheridan net worth They Hide From You 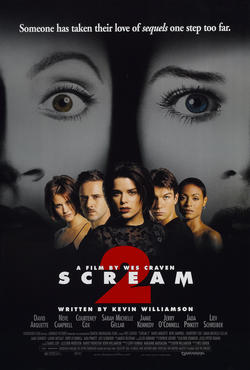 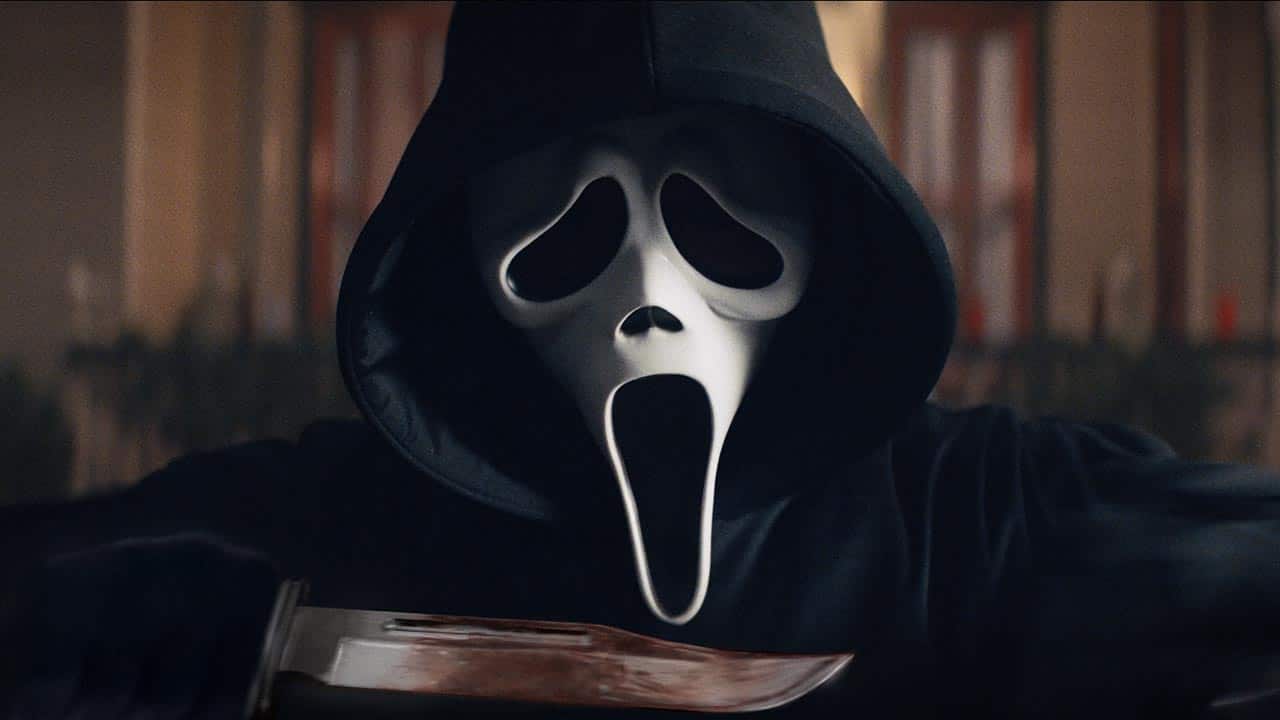 Who Were The Killers In The Scream Movies? – Geek Ireland

Who Is The Killer In Scream 2 – Lyrics Story 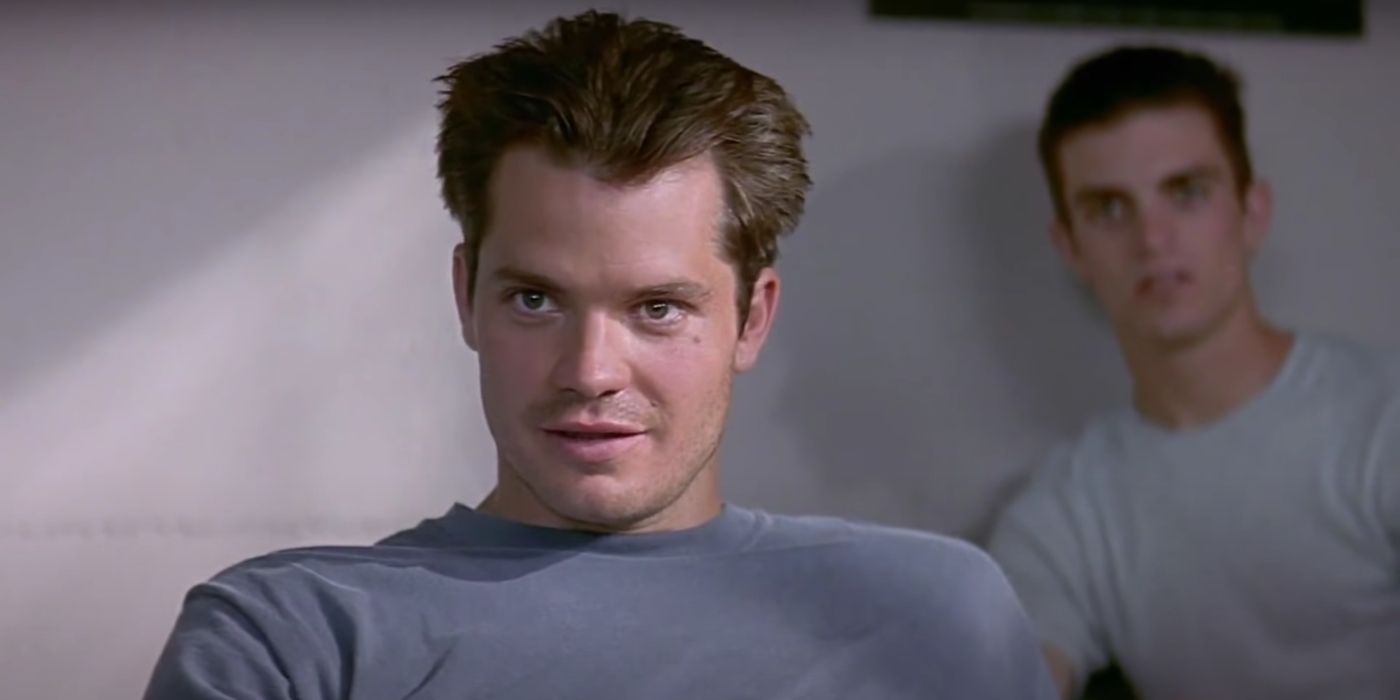 Read More:  Top 10 i am not an easy man ending explained They Hide From You

Frequently Asked Questions About who’s the killer in scream 2

If you have questions that need to be answered about the topic who’s the killer in scream 2, then this section may help you solve it.

Who was the killer in Scream 2?

The original script of Scream 2 said that Hallie was to be one of the murderers, along with Derek (who she was in a secret relationship with) and Nancy Loomis.

Who is the killer in Scream 2 Mrs. Loomis?

Nancy Loomis is the main antagonist of Scream 2, where she used the alias Debbie Salt. She was played by future Academy Award-nominee Laurie Metcalf. She posed as a local reporter to seek revenge against those responsible for killing her son, Billy.

Is Derek the killer in Scream 2?

Derek Feldman was a character in Scream 2, as the antithesis of Billy Loomis and the boyfriend of Sidney Prescott. He is also the eighth and final character to fall victim to the second Ghostface killing spree….

Who is the 3rd killer in Scream 2?

At end of the Halloween Special, when Noah Foster wonders who killed Kieran in Courthouse, Kevin Duval is shown to be back in Lakewood, watching Kieran’s grave, implying he is the Third Killer.

Why is Kieran the killer in Scream 2?

After Emma and Audrey killed Piper, Kieran was motivated to start a killing spree on his own, both to avenge Piper and for his own pleasure.

Is Mikey the killer in Scream 2?

The main killer of Scream 2, Mickey Altieri (Timothy Olyphant) was one of Sidney’s best friends in college and a film student who especially loved horror flicks.

Who did Billy Loomis have a baby with?

25 years after his death, it is revealed that Billy had an affair with Christina Carpenter, and she gave birth to his illegitimate daughter, Samantha, who later faces a similar killing spree to the one Billy orchestrated. Billy is portrayed by Skeet Ulrich in Scream (1996).

Why did Kieran help Piper?

Kieran wanted help Piper, with her revenge, but he knowed that he can’t leave with Piper for Lakewood. So Kieran came with idea, to get in fight with his stepfather and get him and his mother killed in car accident.

How does Emma find out Kieran is the killer?

In the final scenes of the season-two finale, Emma (Willa Fitzgerald) realized from an offhand comment that Kieran (Amadeus Serafini) made while ?protecting? her from Ghostface that he was actually the one behind the mask.

Does Kieran fall for Poppy?

They know they love one another. Heartmates. Cas and Kieran were already close – Cas says so many times that Kieran is more than his best friend, more than a chosen brother. This book really cements Kieran and Poppy’s friendship, and love and affection for one another.

Who was Kieran to Piper?

Video About who’s the killer in scream 2